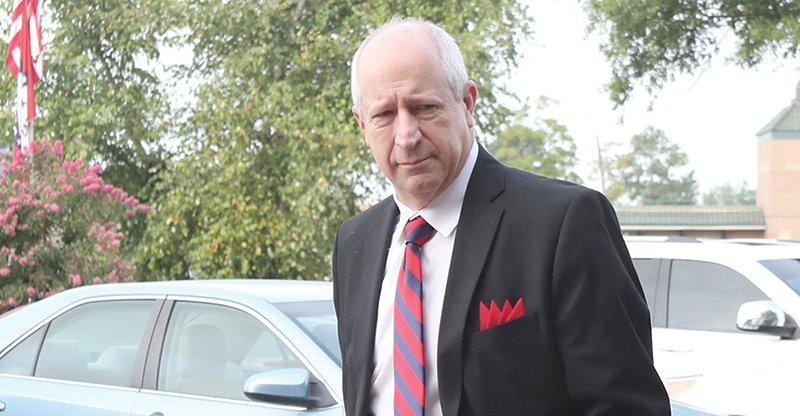 Hot Springs Village Republicans Richard Midkiff and Jack Wells on Monday raised to three the number of people who plan to run for the state House of Representatives seat that is vacant because of the expulsion of a member.

On Oct. 11, the state House voted 88-4 to expel then-Rep. Mickey Gates., a Republican from Hot Springs, to end a yearlong stalemate in which Gates refused calls from Republicans and Democrats to step down over his failure to pay state income taxes.

Two weeks ago, Hot Springs Republican Richard McGrew announced his plan to run for the House District 22 seat, which includes parts of Garland and Saline counties.

Meanwhile, Hot Springs Republican Don Pierce said Monday he's decided not to seek election to the seat, citing his health. Pierce, who lost a challenge to Gates in the Republican primary last year, initially said Oct. 3 that he would run for the House seat again. Pierce is an administrator at Lakeside High School.

March 3 also is the date of the statewide primary election, followed by the statewide general election on Nov. 3, 2020, for all House seats, including District 22, with two-year terms starting in January 2021. The regular elections also will be for some state Senate seats, local races, Congress and U.S. president.

The filing periods for both the special and regular elections will be from noon next Monday to noon Nov. 12 at the state Capitol in Little Rock.

Midkiff, Wells and McGrew said they plan to run even if Gates decides to run too. In the past, Gates has said that, even if expelled, he would sign up to run again.

Gates said Monday, "At this point, I'm considering all options. I have not ruled out or concluded anything" about seeking election to his former seat in 2020.

"We'll see on the filing deadline what I conclude," said Gates, who had held the seat since 2015.

State Republican Party Chairman Doyle Webb of Benton said Monday he is waiting to hear back from the party's general counsel, Rex Terry of Fort Smith, and Deputy General Counsel George Ritter of Maumelle as to whether the party should allow Gates to file as a Republican for reelection.

Midkiff, 52, is a Garland County sheriff's deputy who has served in the U.S. Army Reserves since 1984.

He said he wants to make sentences tougher for those who commit violent crimes. He also said he would refer a proposal to build a new prison to voters to decide.

Wells, a self-described conservative Republican, said that when Pierce decided to get out of the race, "I decided to run."

Wells, 43, owns Sew Perfect Embroidery and has served on the Jessieville School Board since 2015.

He said he is pleased that the 2019 Legislature voted to increase the state's minimum teacher salary from $31,800 to $36,000 a year by 2022, but he wants to make sure that the public schools have sufficient funds to finance the raises beyond the next four years.

Wells said he needs to study Arkansas' version of Medicaid expansion before taking a position on the program.

McGrew, 62, is a semi-retired businessman from Hot Springs who serves on the Garland County Quorum Court.

"I am determined to stay in until the end," he said Monday.

No Democratic candidates have announced their bids for House District 22.

The expulsion vote on Gates exceeded the two-thirds threshold required in the 100-member state House to expel a member. It marked the first time in almost two centuries that a member had been expelled.

Gates was arrested in June 2018 and accused of owing more than $259,000 in back taxes to the state. Efforts to remove him ramped up earlier this year, after Gates pleaded no contest in June to a single charge of failing to file a tax return. Prosecutors dropped the other charges as part of the deal, but they could be refiled if Gates files to comply with the terms of his probation.

Gates argued his plea deal did not amount to a conviction because his case can be dismissed without a final adjudication if he completes all the terms of his probation. Those terms included paying the state $74,789 in back taxes.

In his successful bid to oust Gates, House Speaker Matthew Shepherd, R-El Dorado, cited Act 894 of 2019 -- a law that precludes someone from holding a state constitutional office if they have been found guilty or pleaded guilty or no contest to a "public trust crime." He argued that Act 894 further illustrated those actions that the House considers unacceptable.