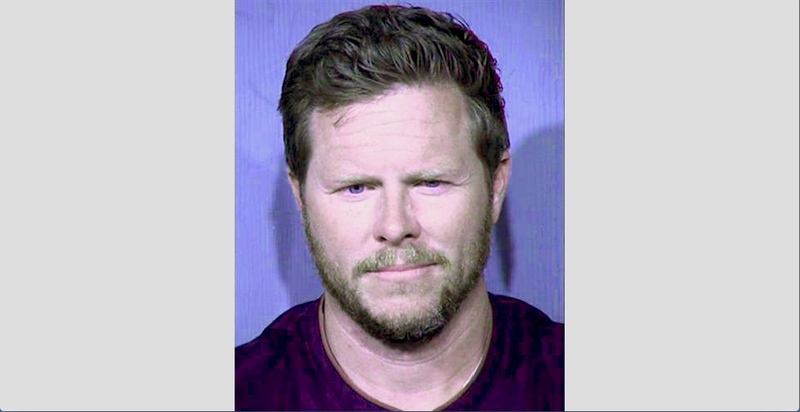 FAYETTEVILLE — An elected official in Arizona accused of running a human smuggling scheme that brought pregnant women from the Marshall Islands to the U.S. pleaded not guilty Tuesday to federal charges in Arkansas.

Authorities say Maricopa County Assessor Paul Petersen illegally paid the Pacific island women to have their babies in the United States and give them up for adoption.

After entering his plea in Fayetteville, Arkansas, Petersen was released on $100,000 bond and ordered to wear an ankle monitor.

Petersen's trial in Arkansas on human smuggling and adoption fraud charges is set for Dec. 9.

He also faces charges in Arizona and Utah. His next court appearances are Nov. 1 in Salt Lake City and Nov. 5 in Phoenix.

Petersen, a Republican, entered his plea a day after the Maricopa County Board of Supervisors voted to suspend him without pay for up to 120 days. The board doesn't have the power to permanently remove Petersen from his office, which determines the value of properties for tax purposes in Phoenix and its suburbs.

The criminal case against Petersen spans three years and involves some 75 adoptions, authorities say, with about 30 adoptions in three states. Court documents say the women brought to the U.S. were crammed into homes owned by Petersen, sometimes with little to no prenatal care.

FAYETTEVILLE — An Arizona attorney accused of illegally enticing women to give up their babies was released from custody Tuesday on $100,000 bond, a federal magistrate ruled.

Paul D. Petersen, 44, of Mesa, Ariz., posted the bond on a 19-count federal indictment and also agreed to GPS monitoring.

The indictment accuses Petersen of paying pregnant Marshall Islanders to give up their children for adoption, paying their airfare to the United States for that purpose and then giving them airfare home, all in violation of a specific clause in a treaty with the islands’ government.

“Make no mistake. This case is the purest form of human trafficking,” said Duane “Dak” Kees, U.S. attorney for the Western District of Arkansas, said in an Oct. 9 news conference about the indictment.

The federal investigation began three years ago when local bar associations told investigators something was amiss with the practices of adoptions handled by Petersen’s law firm, which has a mailing address and representatives in Fayetteville, Kees said. Investigators from Kees office traveled to the capital of the Marshall Islands, Majuro, in August.

“The Marshall Islands government is pleased with recent arrests and pending cases in U.S. courts of adoption lawyers and fixers who have, for a long time, solicited unwitting young pregnant women into giving away their children in return for cash or tickets to the U.S.,” said a statement from the Marshallese government approved by the country’s president, Hilda Heine.

The investigation is not over, Kees said. More people associated with the Petersen firm and with other firms with similar practices are under federal scrutiny, he said.

Petersen’s scheme started in 2014 and possibly earlier, according to the indictment.

Petersen is also the elected county assessor of Maricopa County, Arizona’s most populous county. That county’s Board of Supervisors suspended Petersen on Monday. Their vote was unanimous. Under Arizona law, the board has the power to suspend an elected county official for up to 120 days for nonperformance of duty, according to the Arizona Republic newspaper.

Petersen faces 32 state charges in Arizona where he is accused of enrolling pregnant Marshallese women for Arizona Medicaid benefits for which they weren’t eligible. Only permanent Arizona residents are eligible under that state’s laws.

Petersen also faces 11 charges in Utah, including human smuggling, sale of a child and communications fraud. He posted a $150,000 bond in Utah. He is licensed to practice law in Arizona, Utah and Arkansas, according to court records.

Petersen has paid a $500,000 cash bond in Arizona, according to his attorney, but still faces a bond hearing in Utah.

Takehisa of 2006 Cardinal Drive in Springdale, who is Marshallese according to court records, faces one count each of money laundering and mail fraud. Takehisa also was charged earlier this year in U.S. District Court in Fayetteville with aiding and abetting alien smuggling, a violation of the Compact of Free Association with the Marshall Islands.