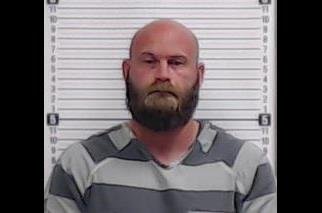 An assistant high school football coach in northeast Arkansas was arrested Friday after police found controlled substances in his home, according to a probable cause affidavit filed in the case.

“We are not aware of any students being involved,” Mace said.

Paragould police Det. Aaron Gamber said there is no indication at this time students were involved or received substances. He added that police are still investigating and looking into all possibilities, including of student involvement.

Derek Walter, assistant executive director of the Arkansas Activities Association, said the organization was not aware of the arrest and did not have an active investigation.

Authorities began investigating Gardner after after U.S. Customs and Border Patrol seized a suspicious shipment bound for two of Gardner’s addresses, according to the affidavit.

Homeland Security Agents analyzed the shipment and found it contained about "1,800 grams of Schedule III steroids and testosterone."

An agent from the U.S. Postal Inspectors Service delivered the packages to the labelled addresses. Gardner’s residence is listed in the affidavit as being in Paragould.

Authorities searched both addresses on Wednesday, according to the affidavit.

In addition to the packages and their contents, authorities found two loaded syringes, 1.5 doses of hydrocodone, foil bags used in packaging controlled substances, shipping labels from prior packages received and shipping containers for outgoing parcels, according to the affidavit.

Gardner was released from the Greene County jail Monday on bond.