Modern Love a saccharine shambles of a TV show 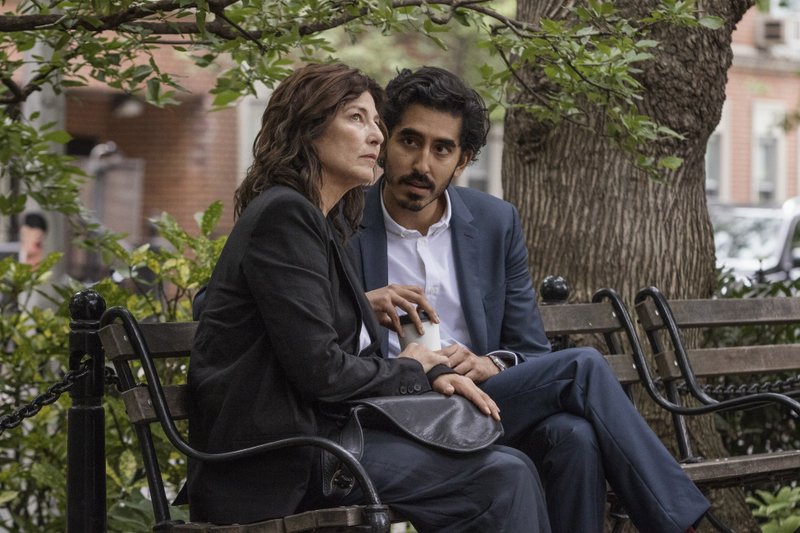 Here's some wonderful news that is also terrible news, sickening yet also irresistibly intriguing: They've made the New York Times' weekly Modern Love column into a quasi-fictionalized TV series (streaming now on Amazon Prime), and it is so syrupy sweet that it should come with options for a dental plan. The only thing worse would be if the Times turned their smug wedding announcements into little mini-documentaries about elite mergers — and I probably shouldn't even type that, lest they get any more bright ideas.

Modern Love once more proves what Orson Welles said: "I hate television. I hate it as much as peanuts. But I can't stop eating peanuts."

Ol' Orson might be surprised how many viewers in 2019 are drawn to watching shows for the sole purpose of loathing them ("hate-watch" being a common verb) or that TV as we know it now serves up peanuts eight, 10, 12 bowls at a time. Modern Love is eight deadly episodes long. You won't notice its effects until it has already poisoned you. And if you watch all of them and find it in any way pleasing or relatable, then I'm afraid to say it's over between us. (It's not me; it's you.) If, however, you watch the show as a means of bile deployment, then scooch over and let's not enjoy it together, two shriveled hearts cuddled as one.

For those who are blissfully unaware, Modern Love appears Sundays in the Times' Style section, where it began 15 years ago this month, featuring hideous yet often compelling personal essays by different authors, freelancers and everyday schmoes, each of whom feels some need to tell the rest of us about a time when he or she discovered certain profundities in his or her various relationships — from chance encounters and bitter breakups to deathbed revelations.

It is on this point that the TV version of Modern Love is most annoying, relying on the permanent delusion that New York makes people fall into a special kind of love, unattainable anyplace else (unless on a brief trip abroad). It's the neurotic, entitled sort of love we used to find in Woody Allen movies before we dumped him, only the show's executive producer, John Carney (who also wrote and directed most of the episodes) has added an extra tang of disinfectant. Some New Yorkers still fall for this stuff, that the city is merely the perfect backdrop to the story starring them. Watching Modern Love is about as much fun as listening to a New Yorker complain about not being able to find a good bagel or a decent slice. Like I said, it's a hate-watch.

As with the column, each episode features a different tale and different pair of co-stars. This first batch is drawn from Modern Love's least-complex, easily smarmified examples, launching with Cristin Milioti as a single, young woman whose suitors never meet the approval of her overprotective doorman (Laurentiu Possa). It gets cutesy when she gets pregnant and decides to raise the baby on her own. In New York, you see, doormen exist to become supportive father figures.

The next episode stars Catherine Keener (Modern Love is full of actors you like, doing things you don't like) as a New York Times Magazine writer (I mean, c'mon) who teaches a young tech guru (Dev Patel) about the fleeting nature of lost love and how to head off a lifetime of regrets.

What seems to be the series' nadir comes early: Anne Hathaway, giving her annoyingest all as a bipolar woman who, in her more manic moments, imagines life as one musical number after another. Some will say it's a thoughtful and brave performance. And some will not. But things actually get worse, when poor Tina Fey and John Slattery act out a dull tale of marital dissatisfaction (written and directed by Catastrophe's Sharon Horgan) that is solved by ... playing tennis.

As you watch along (perhaps asking if Matthew Weiner didn't already kinda-sorta do a lot of this last year with his disappointing Romanoffs series), you begin to anticipate which of Modern Love's standard themes will get the treatment: Do they do the one about the couple (Sofia Boutella and John Gallagher Jr.) whose first date ends up in the emergency room? (Of course!) What about the one where the young woman (Julia Garner) craves the fatherly attention of her older male boss (Shea Whigham) without realizing she's leading him on? (Could a future Modern Love season be based entirely on performative essays reduced to daddy issues?) What about the drifter-hipster homeless woman (Olivia Cooke) who picks two fussy gay men (Andrew Scott and Brandon Kyle Goodman) to adopt her baby? (Yes, it's here, too.)

What about something really icky, like getting Jane Alexander to play a woman who finds and grieves true love at an advanced age? They're all here, so shallow that they threaten to turn into commercials for fabric softener.

Or, speaking of the blatantly commercial, perhaps you remember that series of Taster's Choice instant coffee ads from a few decades ago, where the elegant strangers meet-cute and invite one another in for a cup? That's all Modern Love really is — only colder and more crystallized.