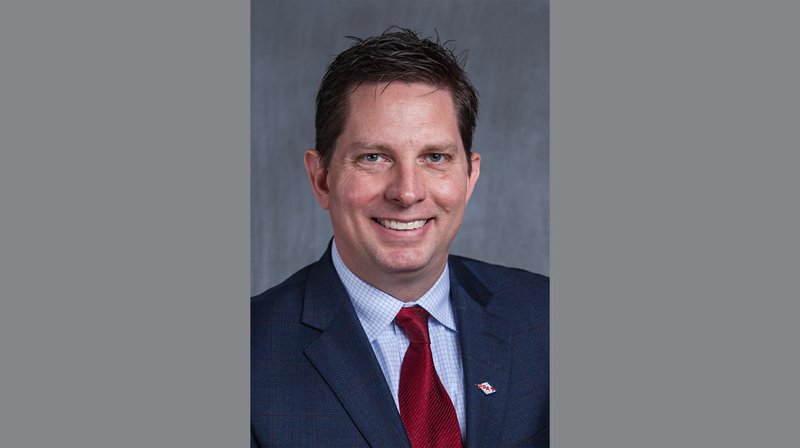 State Rep. Jasen Kelly, R-Benton, is shown in this photo.

State Rep. Jasen Kelly, R-Benton, said Tuesday that he is not seeking reelection next year -- a month and a half after he announced intention to run for his second two-year term in the state House of Representatives.

"This decision was very difficult and made after much deliberation with family and friends," Kelly said in a written statement.

"I feel that it's my highest priority to dedicate quality time to my family that has sacrificed so much," said Kelly, who was elected to represent House District 28 in November. District 28 includes part of Saline County.

"We do not comment on confidential personnel matters, so we are unable to provide any additional information," Handley said in a written statement responding to this newspaper 's questions about Kelly's resignation.

Kelly said he resigned from the Boys and Girls Club of Saline County for "new career opportunities.

On Sept. 12, Kelly announced his intention to run for reelection to his House District 28 seat next year and said that he has built one of the most successful Boys and Girls clubs in Arkansas and has been a strong advocate for central Arkansas' youth since taking over as the chief executive officer of the Saline County club.

"With so many challenges facing the state of Arkansas, it's important that we have elected leaders at the Capitol that understand how these challenges impact our local communities," Kelly said in his Sept. 12 news release. "I've spent my life trying to improve the lives of our young people and I believe serving in this capacity is important to improving their future."

Asked what triggered him to change his mind about running for reelection, Kelly replied Tuesday in a written statement: "Sitting down with my family and really considering them and the season of life we are in. I only have a few more years left to spend with my boys before they are out of the house and into college or career."

Kelly's decision not to seek reelection comes with the filing period for federal and state offices on the ballot next year set to begin at noon Monday at the state Capitol in Little Rock. The filing period runs until noon Nov. 12.

"It was kind of a surprise, said Steve Lux, chairman of the Saline County Republican Committee.

Lux said he has been contacted by three Republicans who are taking a hard look at running for the House seat and one or two of them may announce in the next day or so.

Benton Republican Jason Tolbert, who is chief financial officer at Ouachita Baptist University, confirmed Tuesday that he is weighing a bid for the House District 26 seat.

"It is important to me that my home district has a strong representative in the state Legislature," he said in a text message to this newspaper. "Because of that, I am seriously considering running. I will be discussing this with my family and deciding in the next few days."

He said Tuesday night that he's not sure whether he will run for the House seat next year, but he will consult his wife about the option.

"I just found out earlier today" that Kelly isn't seeking reelection, Parsons said. "I am always looking for ways to help serve the people."

The state House of Representatives is currently comprised of 75 Republicans and 22 Democrats with three vacant seats.