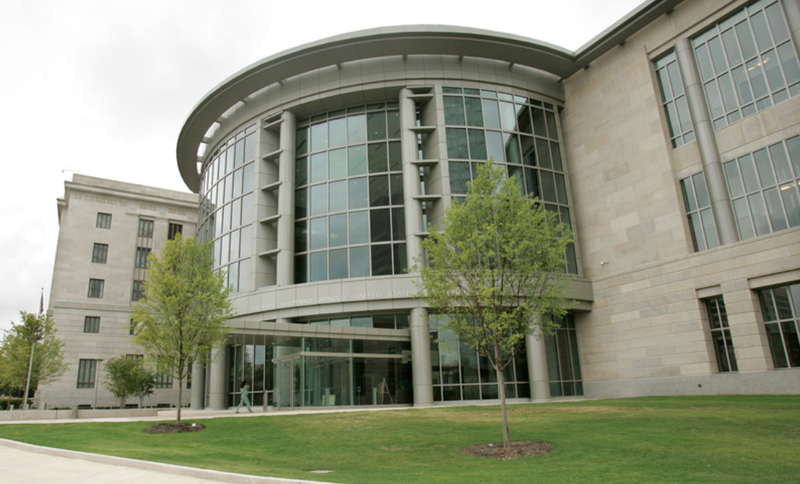 Attorneys for the state are urging judges on the 8th U.S. Circuit Court of Appeals to vacate an injunction that has kept three new abortion-restricting laws in Arkansas from being enforced since July 24, the date they were scheduled to take effect.

In a brief filed Tuesday at the St. Louis-based appellate court, the Arkansas attorney general's office presented detailed arguments to support its appeal of orders blocking Acts 493, 619 and 700, all of which were passed during this year's legislative session.

The laws, which the state calls "commonsense abortion regulations," ban abortions after 18 weeks of pregnancy, except in a medical emergency or cases of rape or incest; prohibit abortions based solely on the likelihood of fetal Down syndrome; and require abortion providers in the state to be board-certified or board-eligible in obstetrics and gynecology.

Currently, surgical abortions are provided in Arkansas through 21.6 weeks of pregnancy, in line with U.S. Supreme Court precedent that legalizes abortions until a fetus is considered viable, or able to live independently outside the womb, which is generally 24 or 25 weeks. Current state law also doesn't prohibit an abortion based on the reason a woman seeks one, and allows any physician licensed in Arkansas to perform an abortion.

U.S. District Judge Kristine Baker issued a temporary restraining order July 23 preventing the state from enforcing the laws. She extended the enforcement ban Aug. 6, as the temporary order was expiring, by issuing a preliminary injunction. It is to remain in place until the constitutionality of the three laws can be determined, unless a three-judge panel of the 8th Circuit sides with the state and dissolves the injunction before then.

Whatever action the panel takes could result in a request for a rehearing or a review by the full 8th Circuit.

In the state's 72-page brief, the attorney general's office defined the laws challenged by Little Rock Family Planning Clinic as a gestational age deadline, a ban on discriminatory abortions and a practitioner competency requirement.

The state attorneys complained that in her 186-page order issuing the preliminary injunction, Baker "treated the genetic-discrimination ban and the gestational-age deadline as blanket prohibitions on pre-viability abortions and enjoined them with little analysis."

They also took issue with the judge's statement that abortion is "significantly safer than carrying a pregnancy to term and giving birth," and her related finding that the OB/GYN requirement didn't provide any more assurance of safety than existing law, rendering it unnecessary.

The attorneys argued that Baker "ignored evidence of the OBGYN requirement's benefits over existing law."

They said existing law provides only four requirements for abortion practitioners: that they are state-licensed physicians, that they must obtain prior consent from the patient; that they must keep a record of obtaining consent; and that they must report all abortions provided.

"In other words, prior to the OBGYN requirement any Arkansas-licensed doctor -- whether family practitioner, opthamologist, or radiologist -- could perform abortions," the filing states. "The district court then declared without explanation that this was good enough and declined to consider evidence that, unlike those physicians, all OBGYNs are 'trained in 1st and 2nd trimester evacuation of the uterus,' and to handle the 'complications of abortion (spontaneous or induced).' On that basis, it found that the OBGYN requirement would provide few, if any, benefits."

The brief said Baker declared that the clinic couldn't comply with the OB/GYN requirements, and "failed to conduct any serious analysis of [the clinic's] half-hearted attempts to locate additional board-certified or -eligible OBGYNs."

Frederick Hopkins, a board-certified OB/GYN from California, was the Little Rock clinic's only board-certified abortion doctor at the time of the injunction hearing. He testified that he flies into Little Rock every other month to perform abortions at the clinic for three or four days.

The state attorneys said Baker didn't consider that nothing prevents Hopkins or another board-certified OB/GYN who previously worked for the clinic from traveling to Little Rock more often to provide more abortions for the clinic.

"Both simply decline to do so," the state argued. "Yet the district court treated those self-imposed restrictions as insurmountable legal impediments and attributed any impact to Arkansas law. That error led the district court to conclude that the OBGYN requirement would dramatically reduce abortion capacity in Arkansas and impose an undue burden on a large fraction of relevant women."

The state attorneys said Baker "wrongly assumed" that any Arkansas patients seeking an abortion would have to obtain it at Planned Parenthood's Little Rock clinic or the Family Planning Clinic, when any licensed OB/GYN could provide one. They said Baker also "ignored the existence of" out-of-state providers that are "much closer" to some Arkansas women who she said would have to drive to Little Rock to have an abortion.

Planned Parenthood has closed its Fayetteville clinic, the only other clinic it operated in Arkansas, citing landlord disputes, until it can find a new suitable location in Northwest Arkansas.

The state also complained that in assuming that Little Rock Family Planning Clinic would opt to close instead of keep operating at a financial loss with only one occasional qualifying physician, Baker "treated the OBGYN requirement as an 'effective ban on surgical abortions.'"

Lori Williams, the clinic's director, testified that the clinic couldn't continue to operate without more patients than a single doctor could treat.

Baker's order didn't account for the fact that at the time of the injunction hearing, two out-of-state board-certified OBGYNS had expressed interest in positions at the Family Planning Clinic because, she said, they weren't licensed to practice medicine in Arkansas. But, the attorney general's office noted, the two doctors have since obtained Arkansas medical licenses and been hired by the clinic, changing the numbers on which Baker relied.

The plaintiffs, the attorneys argued, "have not attempted to estimate the impact of these two new board-certified abortion practitioners on the number of abortions available in Arkansas once the OBGYN requirement takes effect."

The attorneys said that the court also misconstrued the calculations of a plaintiff's expert witness, which "grossly inflated the purported impact of Arkansas's requirement." Overall, they argued, she erred in concluding that the OB/GYN requirement's benefits are substantially outweighed by its burdens.

The state's attorneys also argued that the genetic-discrimination law, also known as the Down syndrome law, is constitutional because "Arkansas is entitled to prohibit abortion practitioners from discriminating against people with disabilities." They called Act 619 "a step toward remedying a shameful history of discrimination."

As for the 18-week ban, the attorneys for the state argued that the ban "responds to evidence linking increased maternal risk to increased gestational age and seeks to limit that risk. It also allows Arkansas to join the many nations limiting abortions after 18 weeks' gestation. ... And the deadline recognizes that by 18 weeks, an unborn child has taken on 'the human form' in all relevant respects, making the procedures for post-18-week abortions particularly barbaric."

"This court should reverse, or at least vacate, the preliminary injunction and order random reassignment on remand," the state attorneys said, referring to the fact the lawsuit challenging the three laws was originally randomly assigned to U.S. District Judge Billy Roy Wilson, who transferred it to Baker, saying it was related to similar lawsuits she was already presiding over.

According to the 8th Circuit's docket for the case, Little Rock Family Planning Clinic's arguments in response to the state's brief are due by Nov. 29.