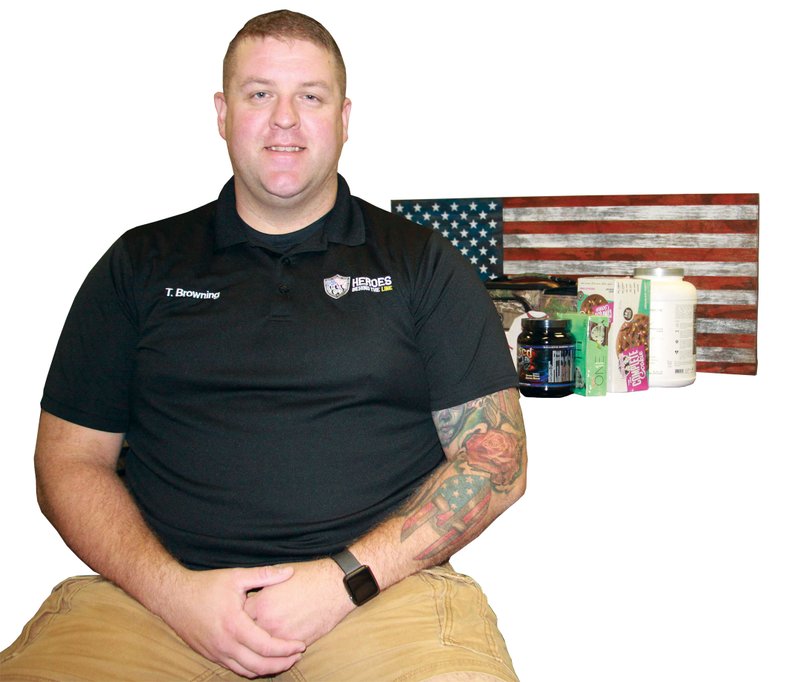 BENTON — “Who do the heroes ask for help?” That is the question asked by the organizers of the first Heroes Behind the Line Bash.

Travis Browning is the founder and executive director of the nonprofit Heroes Behind the Line, which is presenting the event.

“The purpose of this event is essentially a fundraiser to give back to our first responders,” Browning said. “I’ve had people tell me, ‘We really want to get educated on how to deal with [post-traumatic stress disorder], but we don’t know how to do that or what resources we can call.”

Browning said he wants to make it clear that the organization is meant for any first responders, dispatchers, nurses or even doctors.

“There are a lot of doctors needing help, when it comes to traumatic incidents, because they have to listen to the horrific things that people have to deal with,” Browning said. “The better the funding, the more we can help spread the message and be able to help some folks.”

The Heroes Behind the Line Bash is scheduled for 6 p.m. Saturday at the Benton Event Center. Tickets are $45 and include entry to the event and food provided by Southern Gentleman Catering. The event is open to anyone, but Browning wants to encourage all law-enforcement, firefighter, emergency-medical-services, corrections, dispatch and support personnel, as well as active military members, veterans and their families, to attend.

“Obviously, being in the military, a lot of different things that we have seen overseas and coming back as a police officer, we start noticing that there are a lot of similar crazy things that nobody prepares for you to see,” Browning said. “How do you deal with it, and how do you prepare yourself?

“I was the classic case of denial, and I didn’t think I had any problems, and it was a worsening condition. I never got to the point where I was suicidal, but I couldn’t sleep, and I was hypervigilant.

“I got to the point where I was just tired of living this life and being like this, and I needed to talk to somebody. It helped me dramatically. I am not necessarily saying I am 100 percent cured, but I have found new ways to deal with having those types of issues.”

Browning said he just needed to realize it was OK to ask for help.

Browning is originally from the East End area, having graduated from the Sheridan School District. He served in the Arkansas Army National Guard from 2005 to 2010 and was stationed near Iraq. He said he was deployed pretty much all across the country, doing various missions. He currently serves as a sheriff’s deputy in south Arkansas.

“We founded this organization after seeing some of our friends who needed help,” Browning said. “In the past two years alone, more police officers have died by suicide then by line of duty.

“So we wanted to know what we could do to help, and we started looking, and there wasn’t a lot of help out there for first responders.”

He said the organization is made up of officers from Hot Springs, Bryant, Bauxite and Searcy.

Shilo Harris will be the keynote speaker for the evening. He wrote a book, with Robin Overby Cox, titled Steel Will: My Journey Through Hell to Become the Man I Was Meant to Be. In 2007, while on deployment in Baghdad, Harris’ armored vehicle was hit by an improvised explosive device, or IED, and killed three of his fellow soldiers. As a result of the severity of his burns, Harris lost his ears, the tip of his nose and three fingers. Browning said Harris now works as a motivational speaker and helps others who are suffering from PTSD.

“The biggest thing we can do to help others with PTSD is to be open and talk about our struggles,” Browning said. “It is OK to ask questions.

“The craziest thing is that a fireman will run into a burning building, and when everybody else is turning around and running from danger, police officers will run toward it. We have no issues running into danger, but we aren’t willing to ask for help.

“Peer support is so beneficial, as far as being able to relate to [each other], and giving feedback is such a tremendous help.”

Browning said retired Lt. Col. Tony Gatlin was working in the Pentagon on 9/11. Browning said Gatlin had an American flag in his office, and following 9/11, he went back with some of the first responders to retrieve the flag from his office.

“It will be at the event as well, as a patriotic piece and photo opportunity,” Browning said. “I am a huge history guy, so anything like that is awesome.”

There will also be a silent auction that features a variety of items, including Arkansas Razorbacks sports memorabilia, Silver Dollar City tickets, a handmade wooden American flag and a year’s supply of bagels from Panera Bread.

“We have sold a couple hundred tickets so far, and we are only allowed 400,” Browning said. “Tickets are selling quickly, and they are limited. I know a lot of people tend to wait to the last minute, but we have had a huge response, including from a lot of first responders and legislative types.

“We have had several corporate sponsorships from people across the state who are really wanting us to kick this off right.”

Browning said he wants to use this night as a fundraising opportunity but also as a way for people to network.

Also on hand that night will be Doug Kramer, a DJ from Hot 94.9, who will serve as master of ceremonies.

Howard said that with this being the organization’s first event, he is realistic in the organizers’ overall goal and truly hopes to raise awareness of post-traumatic stress disorders.