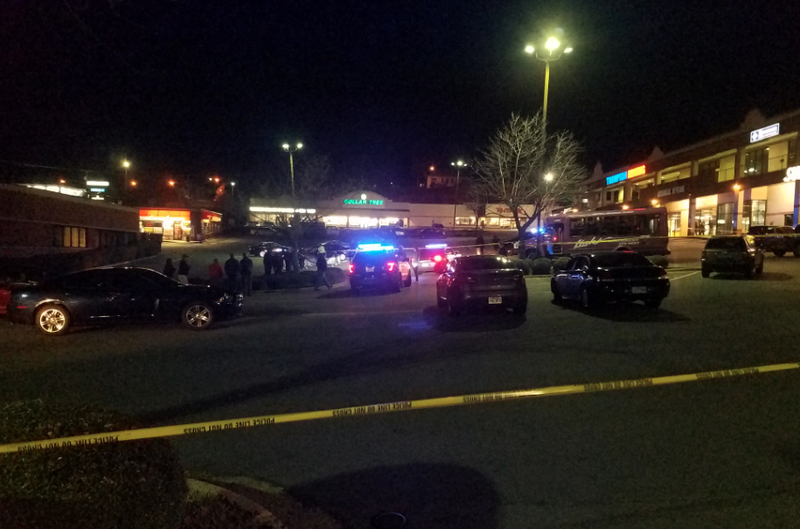 Nearly two years after an officer-involved shooting left a robber dead, a man described by police as the robber's co-conspirator was charged with criminal attempt to commit capital murder, according to court documents.

An affidavit released this week said Pitts, who is listed as homeless, and Gregory Childress attempted on Feb. 24, 2017, to rob Angela Everett, a Little Rock police detective who was working off-duty at the Arkansas Department of Finance office on North Rodney Parham Road. Everett has since been promoted to sergeant.

Everett, in her police uniform, was carrying money bags from the finance building to her unmarked Toyota Camry to make a night deposit, the affidavit said. Everett heard an engine revving behind her and, when she turned to look, saw a Chevrolet Tahoe with the lights off speeding toward her before it parked behind her car.

[NEWSLETTER: Sign up for the Arkansas crime email at arkansasonline.com/emails]

Childress, 44, got out of the SUV with a handgun and wearing a mask emblazoned with a skull, the affidavit said. Everett later said she threw the money bags into her vehicle and pulled out her department-issued handgun, telling Childress, "Don't do that."

Both Everett and Childress began firing, Childress pulling the trigger multiple times but missing the officer, the affidavit said. Everett shot him twice, once in his head, and Childress died.

The driver of the silver Tahoe sped away, and Everett called for backup. Dispatch broadcast a description of the SUV and, while medics and patrolmen arrived at the scene of the shooting, other officers found the vehicle at 1812 Reservoir Road.

In the vehicle, which was unoccupied and sitting near Chenal Place Apartments, officers found a silver hockey mask and a red T-shirt with blood on it, the affidavit said. The Tahoe had been reported stolen earlier that day.

The Pulaski County prosecuting attorney's office ruled in October 2017, that Everett's use of deadly force was justified, but the search for the driver of the Tahoe went cold.

On July 15, cold case investigators began reviewing the case and decided to re-test the bloody T-shirt found in the Tahoe, the affidavit said. The DNA profile of the blood on the T-shirt was uploaded to Combined DNA Index System and where a match was found: Pitts.

Pitts denied being involved in the attempted aggravated robbery and denied being inside the stolen SUV on the night Childress died, but said he may have "handled" the .45-caliber pistol that Childress used to shoot at Everett, court documents said.

Pitts' DNA sample also matched a home-intrusion robbery that happened on Jan. 30, a few weeks before the officer-involved shooting, the affidavit said. In that robbery, a man wearing a red T-shirt shot two people in the house with a .45-caliber pistol, according to the victims' statements.

Blood inside the one of the victims' vehicles, which the suspect in the robbery stole, also matched Pitts' DNA, the affidavit said.

On Aug. 20, an Arkansas State Crime Laboratory ballistics report said the .45-caliber pistol found at the scene of the officer-involved shooting was the same used in the robbery, investigators said.

Childress's brother, Durrell Ray Childress, was convicted in 1994 in the killing of veteran Little Rock police officer Henry Callanen, who was carrying cash receipts to his vehicle while working off duty, according to previous reports.

Durrell Childress was found guilty of capital murder and aggravated robbery charges and was sentenced to life in prison.

Pitts was in the Pulaski County jail Sunday with a bail of $750,000, according to the jail's roster.