UAPB's Gillan gets good news from Cleveland Browns over beers 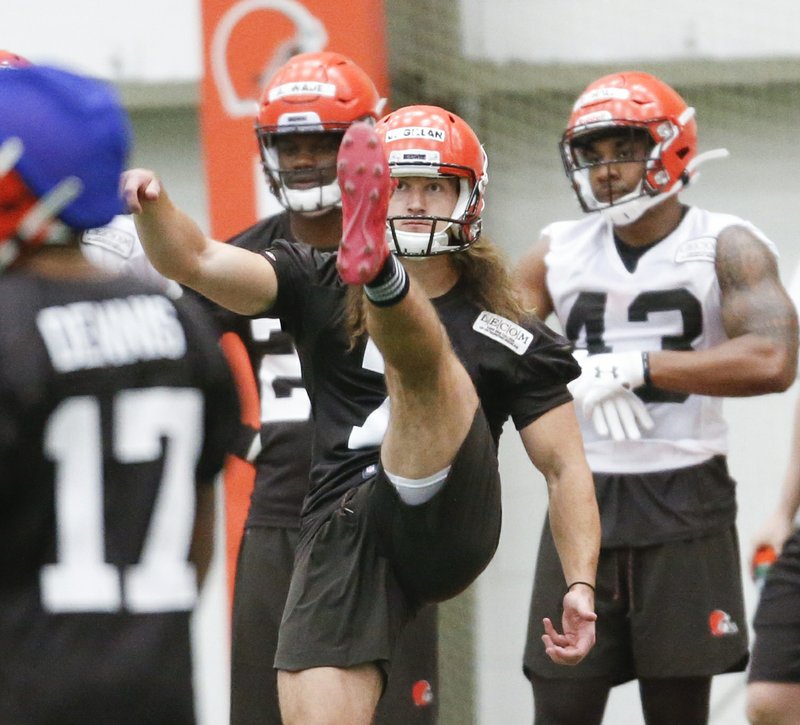 BEREA, Ohio -- Jamie Gillan was at a bar having beers with his dad when the Browns told him he made their roster.

From pints to punts, the legend of "The Scottish Hammer" grows.

An undrafted rookie free agent out of the University of Arkansas-Pine Bluff who moved to the U.S. from Scotland as a teenager, Gillan said Monday that he was out trying to kill some time Saturday in the hours before Cleveland finalized its 53-man roster.

Gillan said he was recognized by some patrons inside The Flying Monkey and was watching a college football game when Browns General Manager John Dorsey called and told him he had beaten out veteran Britton Colquitt.

"As soon as I got off the phone, everybody was kind of looking at me like, 'What was that?' " he said. "And I just kind of said, 'It looks like I'm playing Tennessee next week,' and everybody just started going crazy, so it was really cool. It was good fun with them."

Did he buy a round for the bar?

"I tried to," he said with a laugh. "Instead it went the other way."

Gillan appeared to be a long shot to land a job when he arrived at the team's rookie minicamp in May. However, once he began booming kicks with his powerful left leg, it became clear that Colquitt -- despite being a Pro Bowl alternate last season -- was in for a fight.

The 22-year-old Gillan, whose interesting backstory -- his dad was transferred to Maryland while serving in the Royal Air Force -- along with his flowing hair, Scottish brogue and rugby-style tackling ability already have made him a quasi-celebrity in Cleveland, said he never was confident he would displace Colquitt.

"He's been in the NFL for 10 years, so I actually had no idea, to be honest," he said. "I just know I just can control what I can control myself. As long as I felt like I'm getting better, I'm doing fine. I can't be worried about what Colquitt's doing. He's doing his thing, and I'm doing my thing.

"We got along really well and it was actually really fun with him. I had a really good four months, and he helped me out a lot and we worked well together and we competed hard against each other.

"So on Saturday when I was at the bar, I had no idea what was going to happen."

Gillan spoke Sunday with Colquitt, who signed with Minnesota.

Browns Coach Freddie Kitchens said Gillan's potential was a factor in keeping him.

"We thought he performed well. He kicked the ball well, and we have total confidence that he is going to do the job," Kitchens said Monday. "The upside is tremendous on it. I think you saw that during the course of the preseason. He is working on consistency as an everyday thing. We think he can get there, and that is why he is here."

Gillan had not done much place-holding at UAPB before joining the Browns, so Gillan had to work hard on perfecting that skill during training camp. Colquitt held for Cleveland's kickers the past three seasons.

Gillan is excited about Sunday's opener against the Titans, and he imagines Browns fans will be riled up.

"I'm sure it's going to be bumping," he said. "I've never experienced an in-season game before. It was fun in preseason. It's supposed to be sold out, right? It should be pretty fun."

And, if things go well, he knows where he'll be welcomed afterward.

He was asked whether The Flying Monkey regulars need to convince him to hang out there again.

"They don't have to convince me," he cracked. "I like that place a lot. It was great, really great people there. Really nice people, down to earth, and it was really fun there.

"It's going to be one of those little places in my heart that you go every so often because, yeah, I got the phone call there, so it was cool." 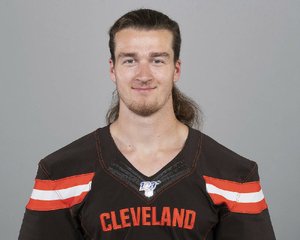