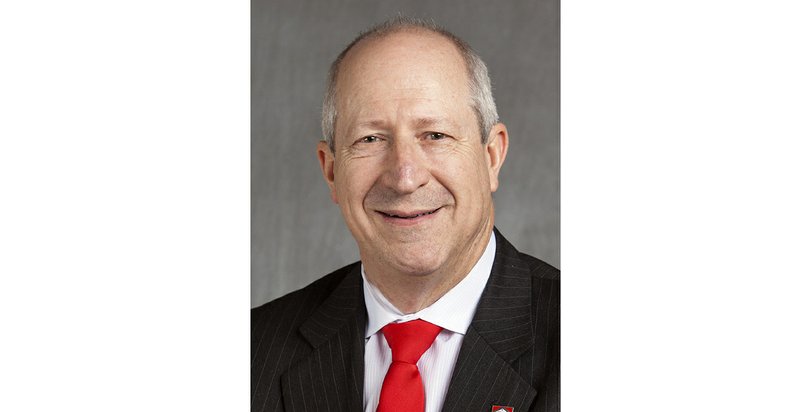 FILE - This undated file photo provided by the Arkansas Secretary of State's office shows Arkansas state Rep. Mickey Gates, of Hot Springs, Ark. Arkansas' House speaker says he's seeking the removal of Gates who pleaded no contest to not paying state income taxes. Speaker Matthew Shepherd said Friday, Sept. 6, 2019, he's filing a resolution to remove fellow Republican Rep. Gates. Gates was charged last year with not filing returns from 2012 through 2017. In July, he entered the no-contest plea to one count of not filing or paying income taxes. Shepherd says a date has not been set for the House to take up the resolution.(Arkansas Secretary of State's office via AP File)

The speaker of the Arkansas House of Representatives will seek to expel a member who pleaded no contest in July to failing to pay state income taxes.

In a letter Friday to members of the House, Speaker Matthew Shepherd, R-El Dorado, said he had asked Rep. Mickey Gates, R-Hot Springs, to resign after the no-contest plea, but that Gates refused.

"Thus, I intend to file a resolution for the immediate removal of Representative Gates from the House," Shepherd wrote, citing a law passed by the General Assembly earlier this year that precludes a person who pleads no contest to a "public trust crime" from holding public office.

"I am saddened that it has come to the filing of a resolution, but we must abide by the laws that we pass and uphold the trust of the people of Arkansas."

House staff members weren't aware of a member of the House ever being removed from office.

However, in 1837, the year after Arkansas joined the union, John Wilson of Clark County, the speaker of the First General Assembly, was expelled after he fatally stabbed a man on the House floor.

Gates was arrested in June 2018 on charges that he failed to file tax returns from 2013-17. He has refused to resign despite calls from prominent members of his own party, including Gov. Asa Hutchinson. Despite the felony charges, Gates was elected to a third term in November.

Gates' attorney, Jeff Rosenzweig, said Friday that Gates doesn't blame or fault Shepherd for proceeding with expulsion, but Rosenzweig has doubts about the constitutionality of such a move.

Rosenzweig said he would need to see Shepherd's final resolution before making a conclusion, but he said the law cited in Friday's letter couldn't be applied to Gates' situation in a way that's consistent with the Arkansas Constitution.

Shepherd, in his letter, said the resolution would proceed under the authority outlined in Article 5 of the Arkansas Constitution, which gives the House the power to expel a member with a two-thirds vote. The speaker also said the resolution will cite, in part, Act 894 of 2019, which states that a person who has pleaded guilty or no contest or has been found guilty of a public-trust crime shall not hold a constitutional office.

Act 894 passed with little debate or fanfare while the Legislature was in session earlier this year. Shepherd said he only became aware of the law in the past few days. The bill was sponsored by Sen. Bart Hester, R-Cave Springs.

The measure was part of a package of ethics bills the Legislature drafted in response to the convictions or guilty pleas of six former lawmakers on federal public-corruption charges. The federal investigation into wrongdoing at the state Capitol is ongoing.

Rosenzweig said Friday that Act 894, if applied to someone like Gates who entered a no-contest plea, would be unconstitutional because the General Assembly can't alter the qualifications for serving in public office outlined in the state constitution. Gates was one of 71 House members who voted in favor of Act 894 earlier this year.

Gates was sentenced to probation under a first-time offender law (Act 346 of 1975) that allows a defendant to be discharged without a final adjudication of guilt if he completes all the terms of his sentence.

The terms of Gates' sentence include six years of probation and an agreement to pay $74,789 in back taxes, interest and penalties. The amount Gates agreed to pay is significantly less than the $259,841 that investigators said Gates owed in a 2018 charging document. As part of the agreement, prosecutors dropped five additional charges of failing to file tax returns from 2013 to 2017.

"The specific problem here is the relevant provision of the constitution says that a person who has been convicted of a felony cannot serve," Rosenzweig said. "However, it is well established that a plea under Act 346 is not a conviction."

Shepherd, who is an attorney, said Act 894 was "pretty straightforward" and he believed it would require a two-thirds vote in the 100-member House to expel a member.

He said he didn't know if he had enough votes to expel Gates, and that the vote count wouldn't have figured into his decision to draft an expulsion resolution.

"It's kind of beyond some of the political questions and concerns that people want to look at," Shepherd said. "To me it's a matter of what the law is and right and wrong."

To expel Gates, the House must convene to vote on the resolution. Shepherd said he wasn't sure when he'll call a meeting of the caucus, but he said that time is of the essence.

Hutchinson, who previously said the House should remove Gates if he won't resign, backed Shepherd on Friday.

"I fully support the Speaker's action," Hutchinson said in a statement. "The proposed resolution is consistent with what is required by the law most recently passed by the General Assembly, which is part of the ethics initiatives in the last session."

House Republican Leader Rep. Marcus Richmond of Harvey said he believed enough House members would vote for Shepherd's resolution because the law is clear. He added that it was difficult, but that the body had no choice.

House Republican Whip Rep. Brandt Smith of Jonesboro said he surveyed Republican members about a week ago, and 60%-62% of House Republicans said that Gates should be removed from office if he won't resign. The state House is comprised of 76 Republicans and 23 Democrats, with one vacancy to be filled by a Democrat.

"I don't know if we've got a two-thirds majority vote or not at this point," Smith said Friday. "This is how politics are: People might say, 'Yeah, I want him out,' but when they're at their desks to push the button, they may be hesitant to do it publicly."

House Democrats' Minority Whip Rep. LeAnne Burch of Monticello said Friday that she had just been made aware of Shepherd's letter, and that she had not yet polled her caucus about Gates' removal.

"I think it's our responsibility to follow the law," she said. "I guess we're going to know pretty soon how everyone is going to respond."

In the 1837 expulsion, Wilson was removed after he stabbed another representative, Maj. Joseph Anthony of Randolph County, to death on the House floor.

The fight began during a debate over a wolf-scalp bill, according to the Central Arkansas Library System Encyclopedia of Arkansas, and Wilson attacked Anthony with a large knife.

Wilson went on trial, but a jury found that the killing was justified, under dubious circumstances, according to the encyclopedia.

Wilson later moved to Pike County and was again elected to the state House. 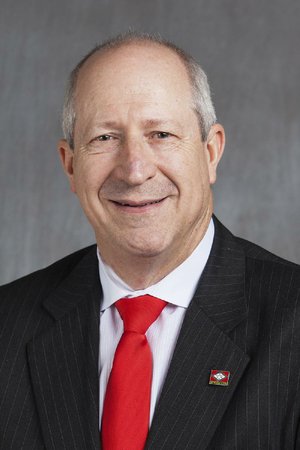