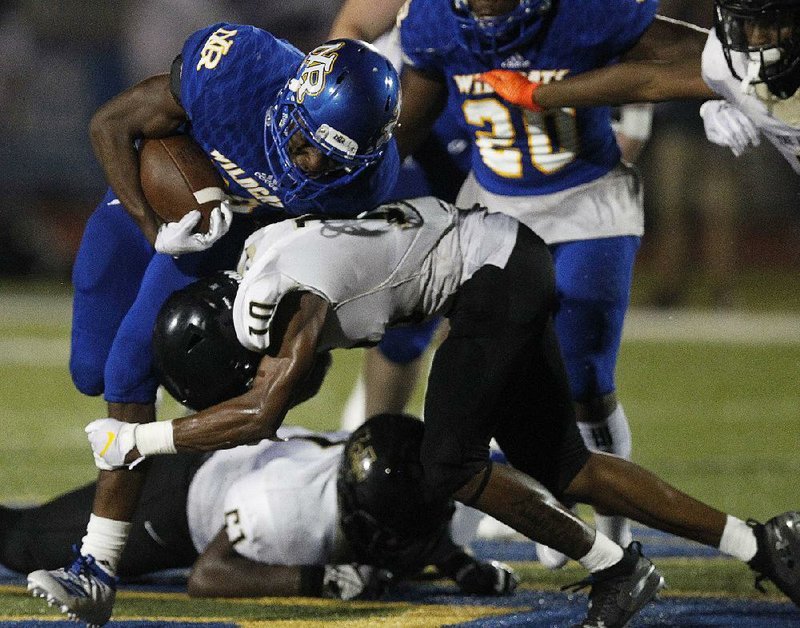 The indefinite suspension of junior quarterback Kareame Cotton made things difficult for the North Little Rock Charging Wildcats, but it would never have been easy against the Memphis Whitehaven Tigers.

The loss snapped a 37-game regular season winning streak for the Charging Wildcats.

"We're going to play the ones that are there and ready to go, and we're going to try to get better," North Little Rock Coach Jamie Mitchell said.

Mitchell did not specify the reason for Cotton's suspension.

Cotton was replaced at quarterback by junior Damon Bell, who completed 7 of 14 passes for 87 yards.

"We've known all along that Damon's a very capable player," Mitchell said. "We believe tremendously in him."

The teams combined for 116 yards through the first half, during which North Little Rock's offense did not produce a first down and did not have a possession beyond the Whitehaven 40.

This is Mitchell's 30th season as a high school head coach, and he said Whitehaven's defense is in the top three his teams have faced.

"They have an elite team defense," Mitchell said. "They have a great football team."

Whitehaven had three first-half first downs. It needed the recovery of a fumble at the North Little Rock 19 for its first points, which came from a 34-yard field goal by junior Abdoul Ba with 1:53 left in the first quarter.

North Little Rock was held to three plays and punts or failed fourth-down attempts until Whitehaven had built a 16-0 lead after an 8-yard touchdown run by Harris on the first play of the fourth quarter.

An 11-yard pass from Bell to junior receiver Keith Green gave North Rock a first down shortly after Harris' run. That pass was followed by another of 26 yards to Bell that put North Little Rock at the Whitehaven 39. The drive was stopped when Harris was intercepted in the Whitehaven end zone.

"They beat us at our game tonight," Mitchell said. "You have to take your hat off to them, but we're going to find a way to get better."

Whitehaven completed the scoring with a 64-yard touchdown run by Sneed, who finished the game with 137 yards and two touchdowns on 22 carries.

"We just left them out there way too long," Mitchell said. "We simply could not sustain drives or get first downs. Fatigue eventually wore down on us defensively." 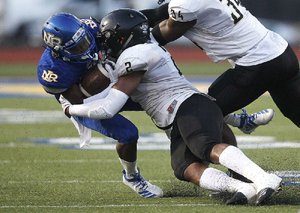