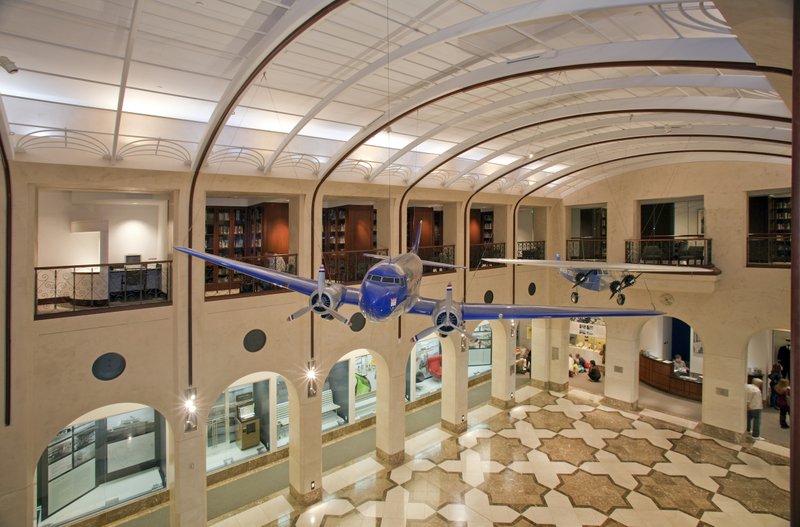 You've been in this situation before: After arriving at Chicago O'Hare or Dallas/Fort Worth or Boston Logan, your connecting flight is delayed by several hours. Or maybe you have a long layover and want to make better use of your downtime. Sure, you could window shop at Hudson News, or nurse a venti soy latte at the concourse Starbucks. But depending on where you find yourself, you can now also get a quick workout, take in some world-renowned art or even grab a shower and 40 winks.

Airports in the United States — eager to lure travelers as airlines consolidate — are increasing amenities to include culture, fitness and even the opportunity to commune a little with nature. And since most travelers passing through will shell out for at least a cup of coffee, many of these added amenities are designed to influence travelers to choose to fly, say, via Kennedy Airport instead of Newark or into San Francisco International rather than Oakland.

It's a welcome shift for domestic fliers since when it comes to a delay or a long break between flights in the United States, you're generally stuck inside the airport's walls.

There are perks on offer around the country to make time fly — even as a grounded traveler.

• Work Out. San Francisco International made headlines in 2012 when it opened the world's first airport yoga room. Since then, Dallas/Fort Worth, Miami International, Chicago Midway, Chicago O'Hare and Burlington International have also unveiled serene spaces where you can take a downward dog while delayed.

For a cardio fix, a day pass to Roam Fitness at Baltimore-Washington International costs $25 and includes clothing and shoe rental. At Chicago O'Hare, travelers can buy a day pass to the health club at the on-site Hilton. The same strategy works in Detroit for the fitness studio at the on-site Westin.

• Get Cultured. Art lovers might want to linger at Seattle-Tacoma, where there's a rich permanent collection of more than 65 contemporary pieces of art. At Las Vegas' McCarran airport, head past the slot machines and into the on-site aviation museum. Denver's airport boasts an extensive public art collection, while San Francisco has an aviation museum as well as the excellent SFO Museum with rotating exhibitions of culture and art.

• Go Green. In 2011, Chicago O'Hare created the first airport aeroponic garden in the world, which passengers can view from the lounge area. At JetBlue's Terminal 5 at Kennedy, there's a rooftop lounge with green space and a dog walk. And at Honolulu International, there are multiple outdoor gardens featuring bamboo trees, bridges and koi.

• Take a Nap. When all else fails, sleep it off. In Atlanta, Baltimore, Dallas, Charlotte and Philadelphia, tired travelers can check into the Minute Suites, which can be rented for $42 an hour. These private rooms are soundproofed and offer sofas that convert into beds. Many also have private showers.

At Washington Dulles, a capsule room at the micro-hotel Sleepbox starts at $25 an hour. And at Kennedy's Terminal 5, thriftier travelers can try and catch some shut-eye in one of the four free JetNap Energy Pods.