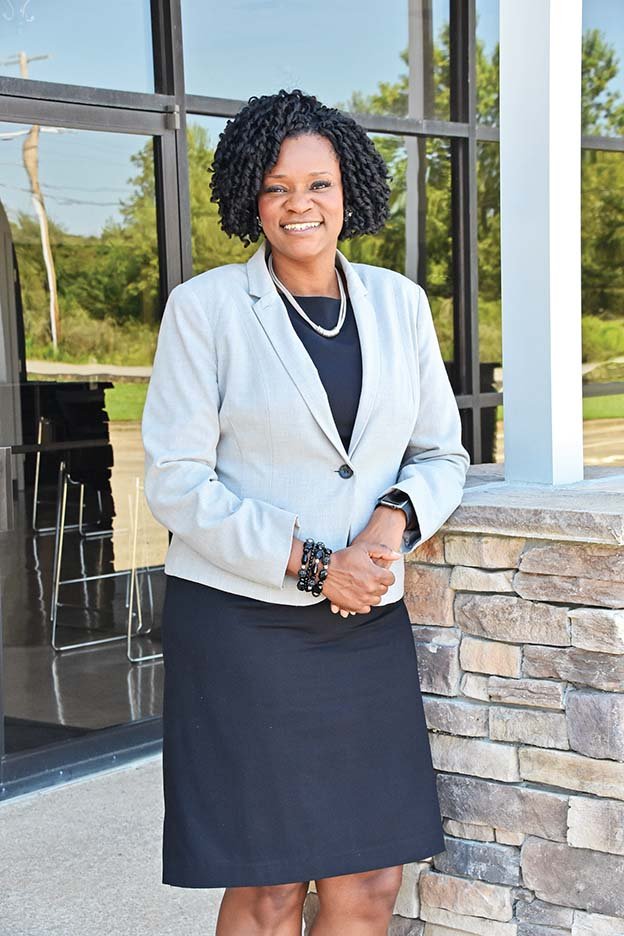 Shawanna Rodgers of Conway has been named the city’s first diversity and economic-development coordinator. Rodgers, 39, has been the executive administrator for 13 years at True Holiness Saints Center in Conway. “I think one of the strengths I will bring is my ability to network with people,” she said. ( Staci Vandagriff)

The city of Conway has hired its first diversity and economic-development coordinator, and Mayor Bart Castleberry said the position is long overdue.

“I think it’s going to have a tremendous impact on our city,” he said. “I think it’s something we should have done a long time ago.”

Shawanna Rodgers, 39, of Conway started in the position Sept. 3. Her salary is $50,000 annually. Rodgers has been the executive administrator at True Holiness Saints Center in Conway for the past 13 years.

Rodgers said that when she read the job description the city posted, she felt like the position was “designed specifically for me.”

She said the community-engagement aspect of the job stood out, as well as “being the face of the city as it relates to diversity and economic development.”

The mayor said Rodgers’ job will be, No. 1, to work with minority communities to get information for the 2020 census, which, in turn, means federal dollars for the city.

“The census is going to be new for me, but I’m kind of excited,” Rodgers said. “It will give me interaction with members of the community I don’t know as well. It will push me a little bit more out of my comfort zone.”

The mayor said the second priority for the position is to retain minorities in the workforce.

Conway’s population is estimated to be 64,481, which includes 16.6 percent African Americans, 4.8 percent Hispanics and 2.1 Asians, according to census data on the Conway Area Chamber of Commerce website.

“Whatever industry or business that is going to locate to Conway, one of the first questions they ask is, ‘What are you doing as a city to encourage retainment of your minorities when they’re ready to enter the job market, or graduate from college or high school?’ That will have a positive economic impact on the city, as well,” Castleberry said.

“We need a good workforce here. … We’ve got a lot of good people here, and that’s what we’re trying to do — retain them,” he said.

She was involved in the establishment of the Conway Community Race Relations Initiative in 2016.

“We did a community forum that brought 400 to 500 community leaders and the community at large to True Holiness to talk about how we can be proactive to that [diversity] within our city,” Rodgers said. “We had some good positive feedback and branched out into subcommittees.”

Castleberry said that initiative has fallen by the wayside.

“We’ve got to re-engage that group again,” he said.

The job description for diversity and economic-development coordinator listed one of the essential duties as “actively engaging civic, business, nonprofit, school-district, government and faith-based organizations and neighborhood associations to create new relationships, enhance communication skills and gather feedback on city initiatives and programs.”

Rodgers said that speaks to her strengths as well.

“I think one of the strengths I will bring is my ability to network with people. That’s one of the things I have been able to do here [at True Holiness Saints Center] — network with different individuals and different entities in the community,” she said prior to beginning her new position.

Rodgers grew up in Blytheville and graduated in 2006 from the University of Central Arkansas in Conway with a bachelor’s degree in communication. She served a business internship with a company before taking the position at True Holiness Saints Center.

Rodgers’ position with the city was announced Aug. 25 at the annual College Days at the church.

Leaving the church position is “bittersweet,” Rodgers said, “but I think it’s prepared me well.”

“She will bring a wealth of experience,” he said. “For the past 13 years, she has been my personal liaison with the business and religious communities here in town, so I think that will go a long way in her new position.”

Maltbia said the establishment of the position “speaks to the proactiveness of our mayor. It’s certainly a step in the right direction to continue to unify our city. I think our mayor is being strategic as he continues to prepare for the growth and development of our city.”

Castleberry said a panel interviewed and ranked the top-three candidates for the job, but Rodgers rose to the top.

“She’s very well known; she’s already connected to the groups at UCA, [Central Baptist College], Hendrix [College] and the high schools,” Castleberry said. “She brings a tremendous amount of knowledge and background and relationships to the position.”

Rodgers said she serves as a mentor and adviser for students in various campus organizations at UCA.

“That’s one of the things I really enjoyed at True Holiness — the mentoring aspect, the ability to sit down and mentor students,” she said.

“It’s my hope to be a voice and a safe haven for community leaders and community members at large when it comes to diversity,” she said. “We’re community, so we come together. We can have those difficult conversations and come up with a viable solution that works with everyone.

Rodgers said she likes to work alongside people and doesn’t mind getting her hands dirty.

“The servant leadership part of it is another aspect I think I’ll bring to [the job],” she said.

Rodgers said that for years, she has participated in the Pine Street Community Backpack program and was involved with the Community Action Program for Central Arkansas by giving out food boxes at the church. She also volunteered as a van driver for summer trips for the Boys & Girls Club of Faulkner County and participates in the annual Martin Luther King Jr. Day celebration that the city sponsors.

“My ultimate goal overall is to make sure the vision that Mayor Castleberry has for this position is fulfilled,”