I had been to Utah before, but never spent any time in Salt Lake City, so when I found out that the garden writer’s conference (now called GardenComm) was there I decided I had to go. I took Randy, Carol, Elaine and Merilyn with me 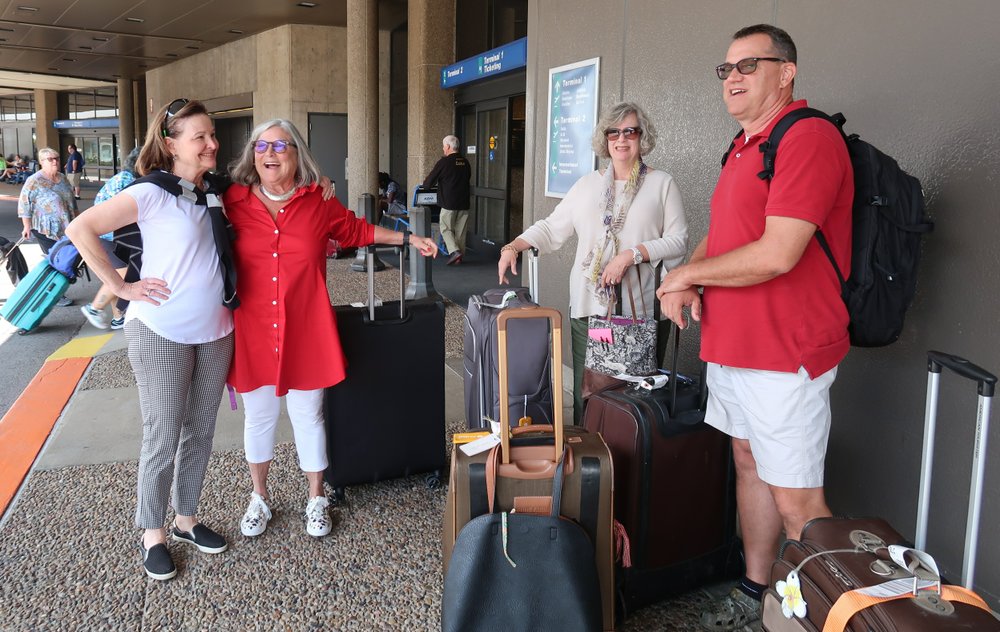 and we had a great time exploring Salt Lake City, Park City and attending seminars and tours.

I saw the official ‘Salt Lake’ when we were flying in on Tuesday. 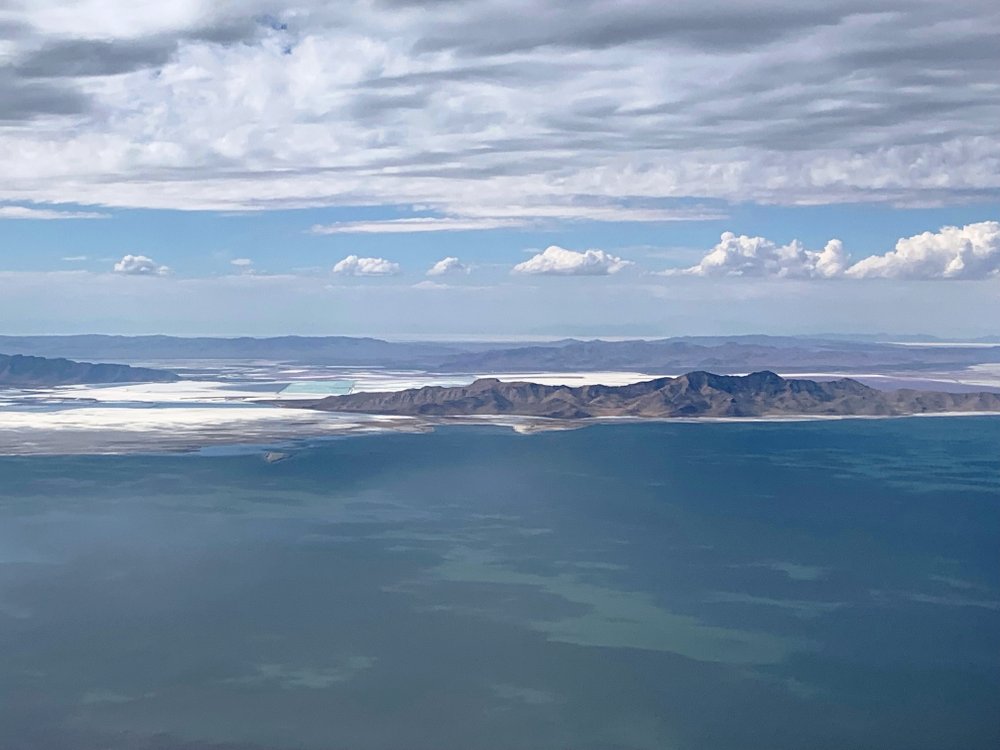 It is massive. It is the largest natural lake west of the Mississippi River and the largest salt water lake in the Western Hemisphere. It is salty because it doesn’t have an outlet, it only loses water by evaporation. It is the remnant of a great ice age saline (salt) lake that covered a large portion of western Utah. It is anywhere from 2-7 times as salty as the ocean depending on how much water comes in each year. It is too salty to support fish but brine shrimp live there which are sold as prawn food. 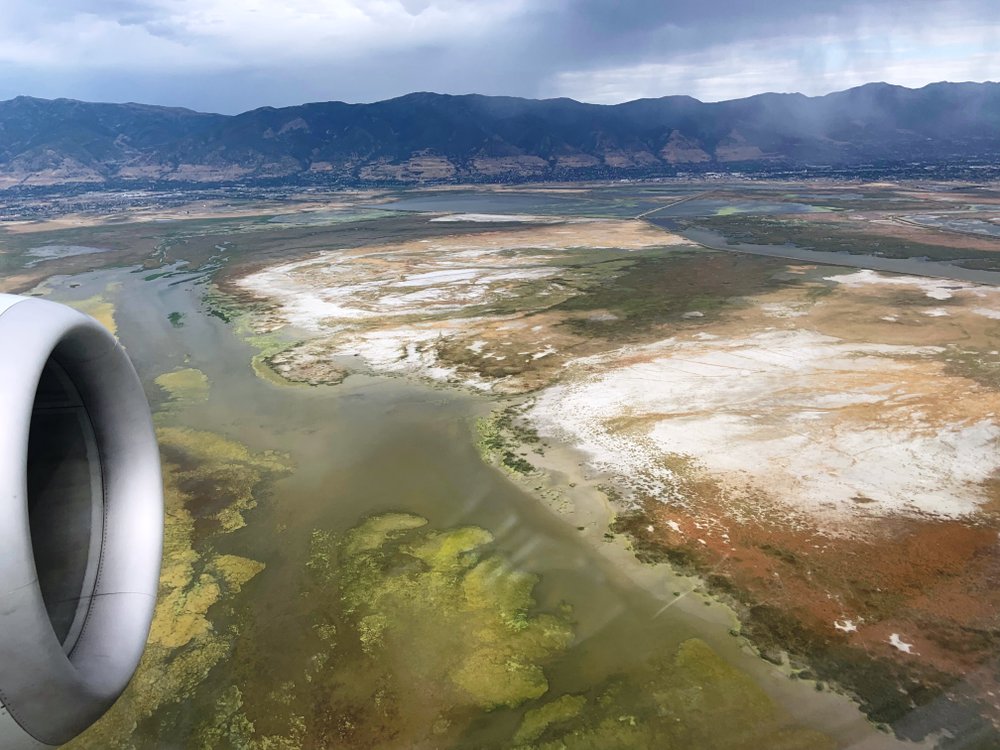 Do you remember buying sea monkeys as a kid? That is where they came from—they are brine shrimp eggs that were sent to you and they hatched and lived a very short time, but we were all enthralled with them.

We did not go visit the Salt Lake, but we did tour many local spots. 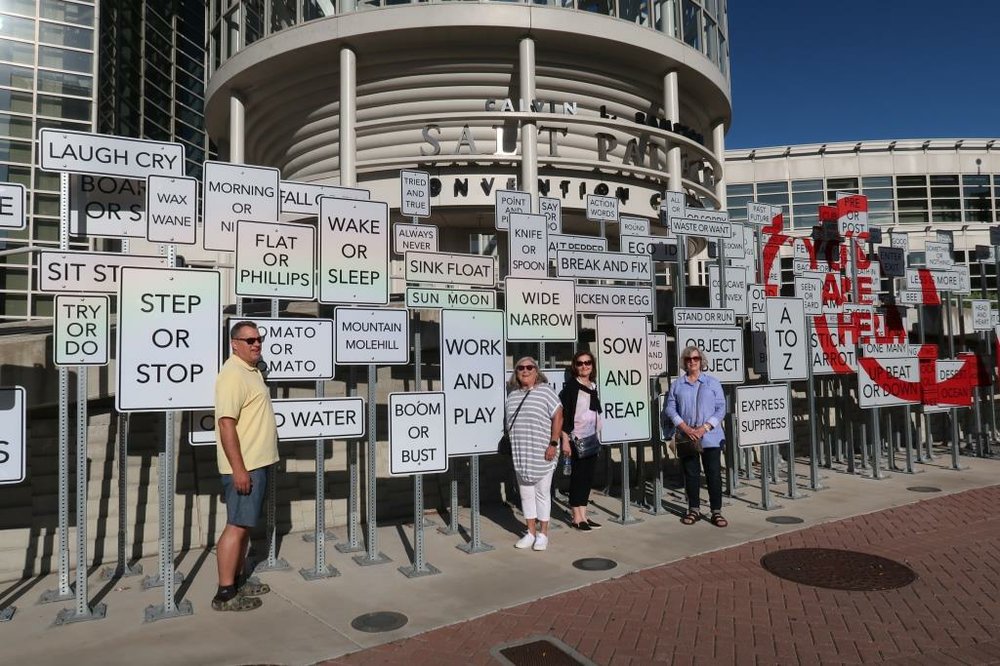 To get the lay of the land, we did a local bus site seeing tour. Salt Lake City is the Capital of Utah and the state is named after the Native American Indian tribe the Utes (the University of Utah mascot is the Ute). In 1847, Brigham Young founded Salt Lake City. He traveled there from the east coast and brought Mormon pioneers with him so they could freely practice their religion. He had 56 wives and 57 children from 16 of those wives! 9 days after arriving in Salt Lake Valley, Young organized the Mormon Tabernacle Choir. We did get to see the inside of the Tabernacle but did not hear them practicing. 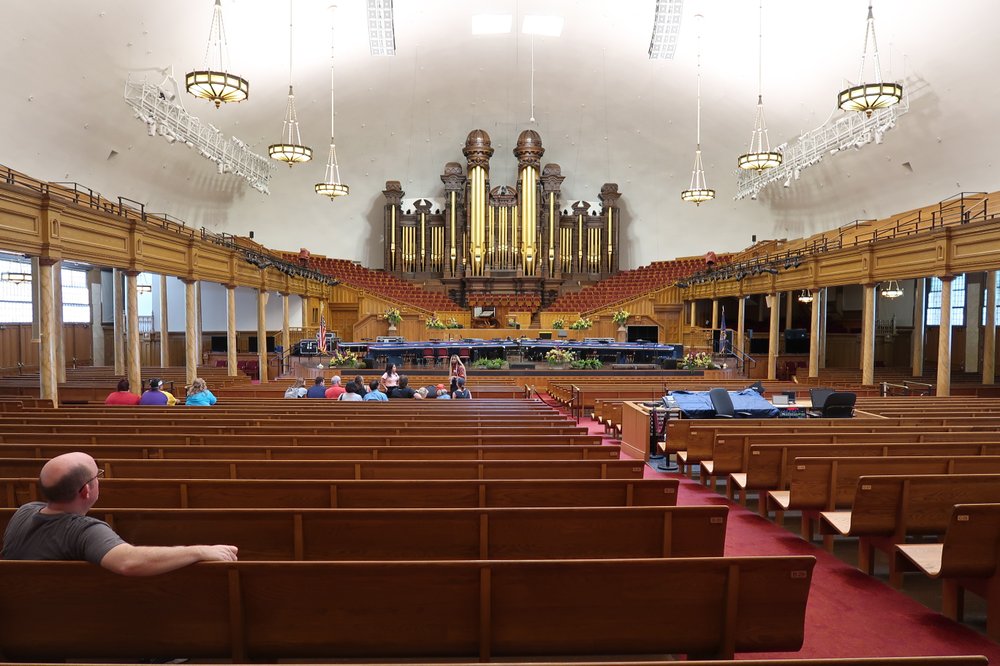 To be a part of the choir you must be between 25-55 years old and live within 100 miles of Temple Square.

Young served as president of the LDS (Latter Day Saints) Church for 29 years and as governor of the Utah territory. We toured his home now called the Beehive House with beautiful gardens surrounding it. 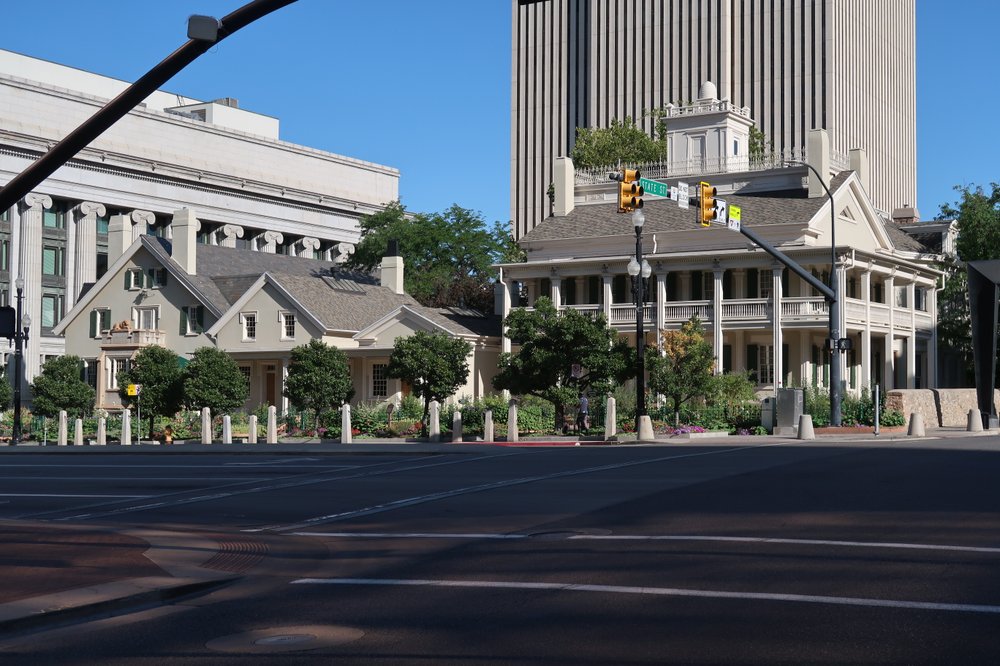 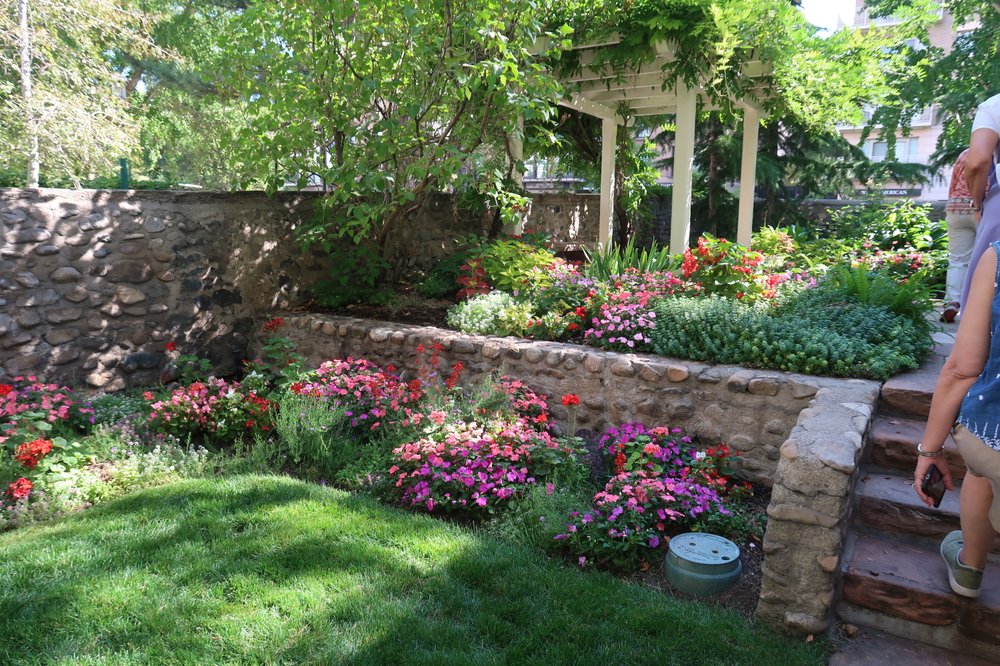 Utah is the Beehive State—Young believed that people needed to work cooperatively to make their society flourish, much like a bee hive. Today the state of Utah is over 60% LDS.

We toured Temple Square the center of Salt Lake City. 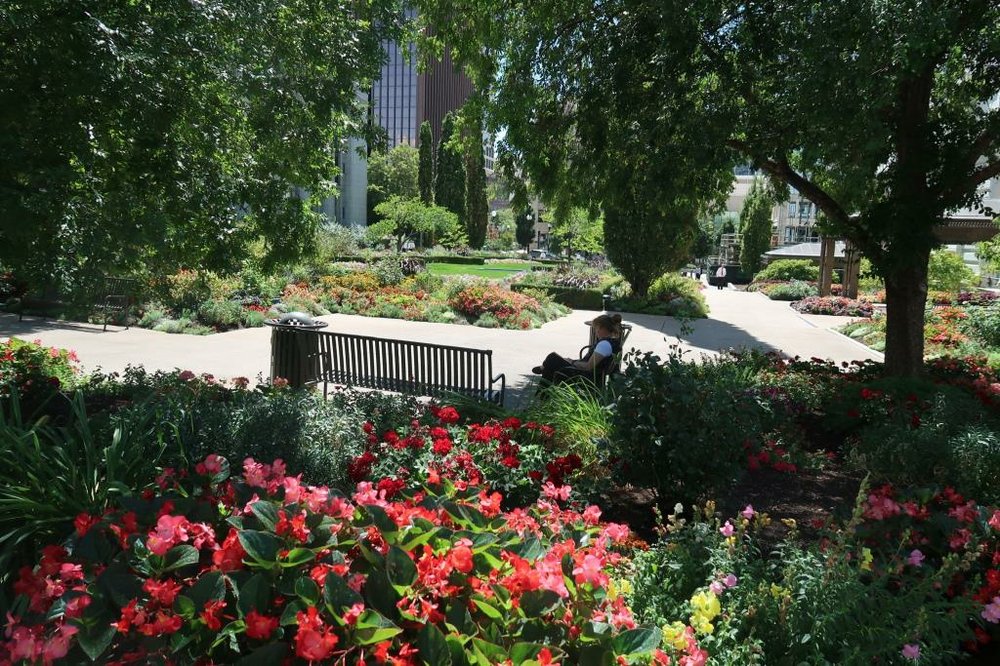 There are beautiful gardens surrounding the temples, 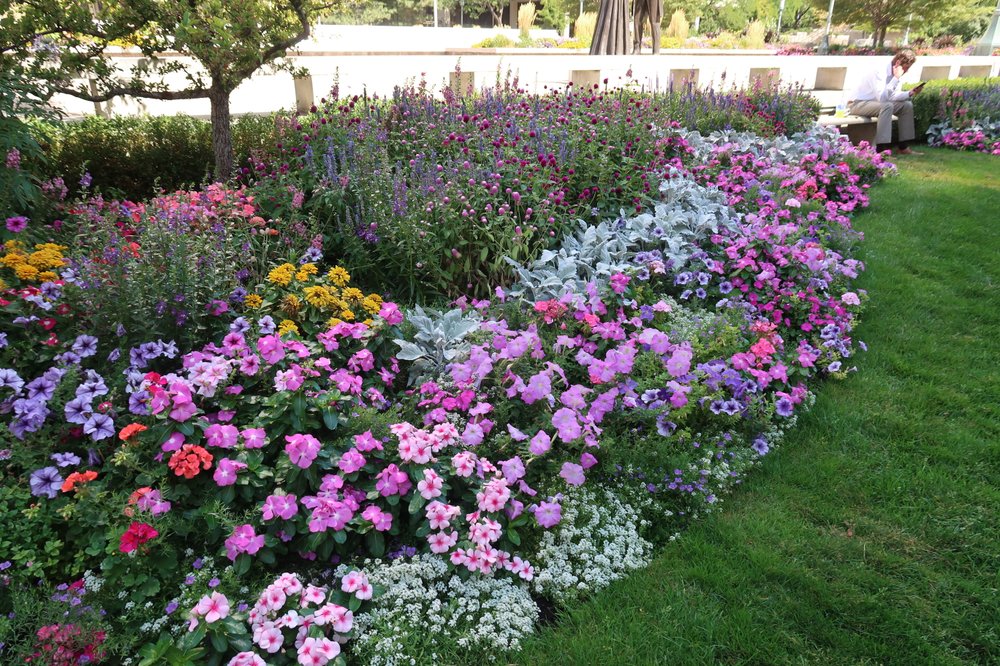 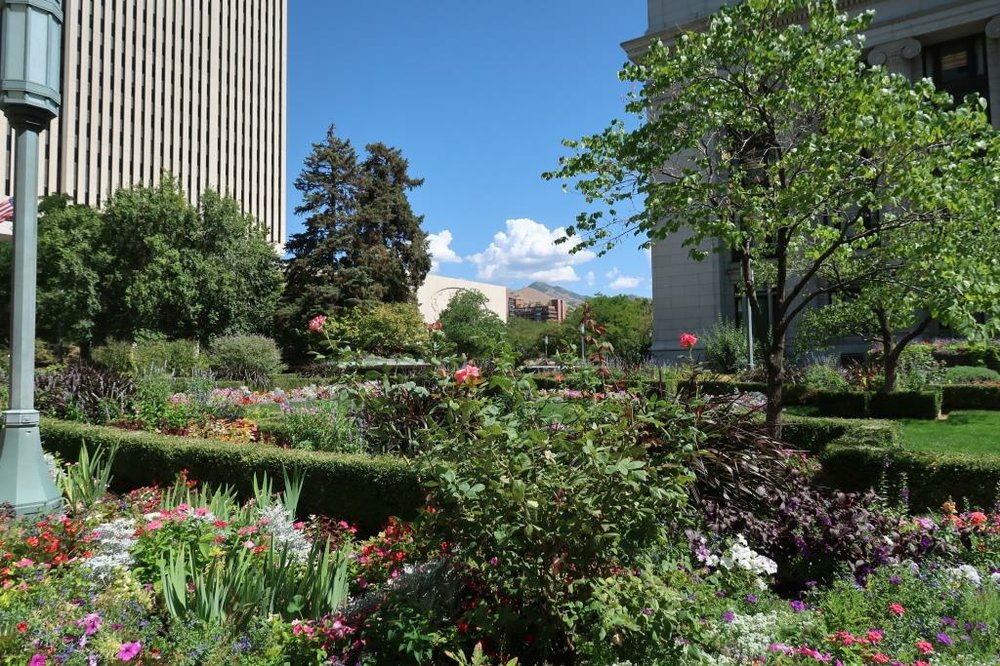 Over 600,000 trees, shrubs and perennials are planted in rooftop gardens 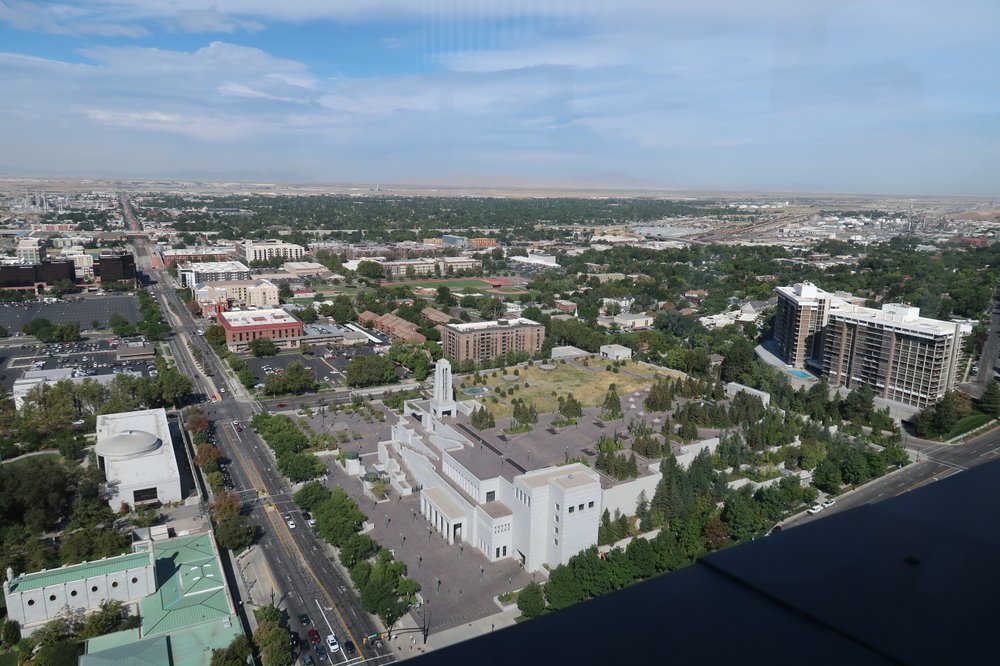 and as foundation plantings, 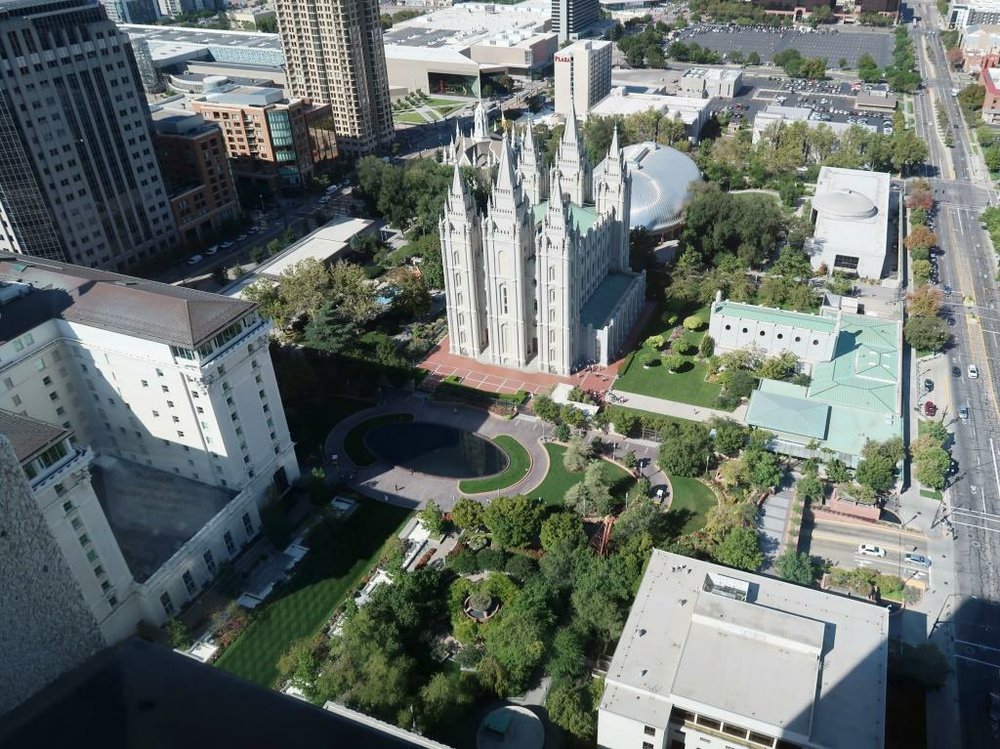 with more than 165,000 bedding plants changed every six months. Hundreds of volunteers along with horticulture teams plant these beds seasonally and they are maintained beautifully. We didn’t see any weeds or damaged leaves. They were stunning.

We also went by the state capital 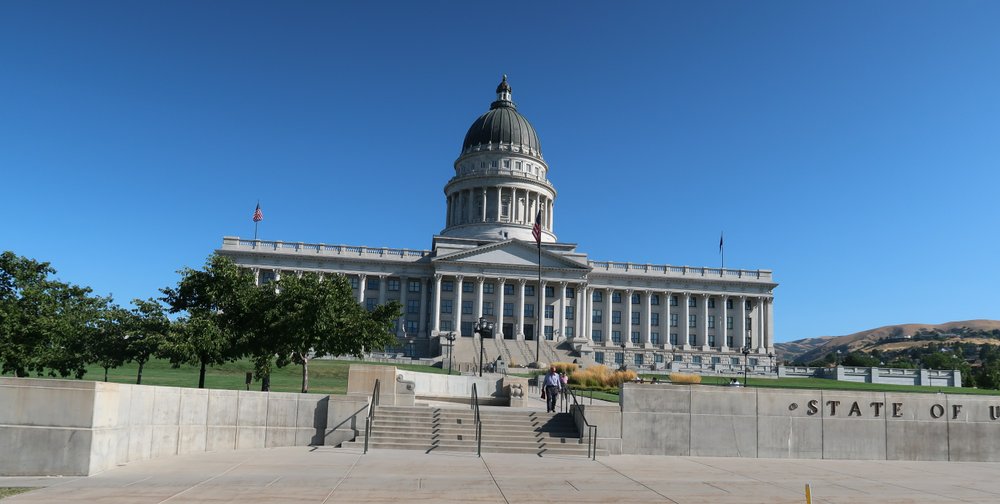 and the University of Utah. We were not prepared for it to be as hot as it was. It was over 90 degrees every day we were there, but there was low humidity—but it was still hot.

We got in almost a full day of exploring before our conference started late afternoon and more learning took over.