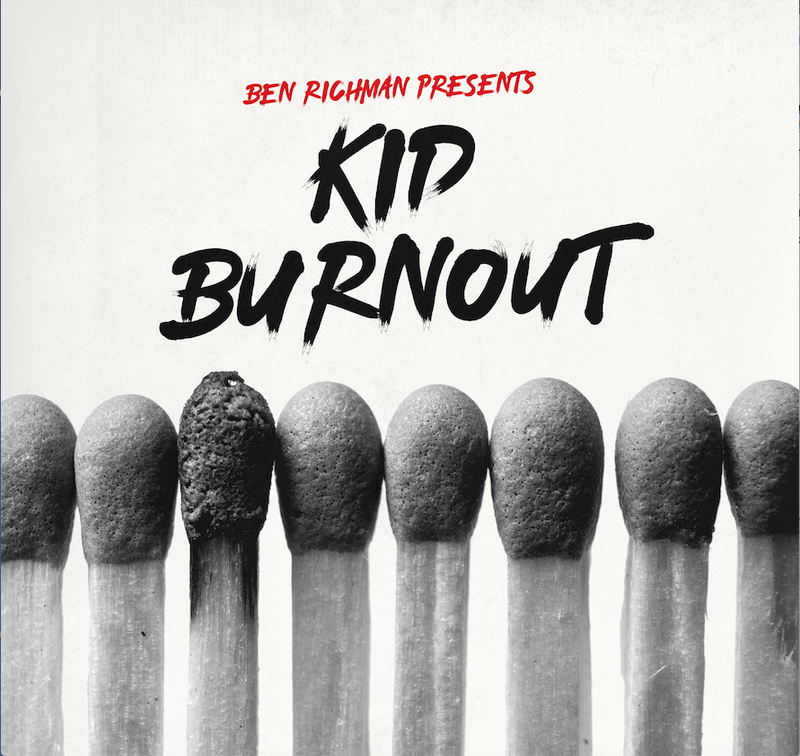 As with his earlier efforts, like Slow Burn Panic Attack and 2017's American Deadbeat, Richman plays all the instruments on this self-released recording that came out in July. The former Revolutioners and Highway 5 guitarist explores relationships and issues like depression on the 11 tracks, which have a lo-fi, Matthew Sweet, The Lonely Ones vibe and can be found on most streaming services.

We talked to the 31-year-old Richman about the album, songwriting and creating music away from the hectic music industry.

This interview has been edited and condensed.

Q: If I remember correctly, you recorded American Deadbeat in a friend's apartment. Was this one done the same way?

A: It was actually a house, but yeah. Half of this one was recorded in his house, and the other half was done at my apartment when the neighbors weren't around and I wasn't bothering them.

Q: When did you start recording?

A: In December. Originally it was going to be a four-song EP, but I just kept writing more songs and it stretched out. I finished it around June.

Q: Playing all the instruments yourself probably cuts down on arguing with bandmates, right?

Q: Are you a perfectionist? Do you tinker with songs until ...

A: Yeah. I tinker more than I'd like. I try not to, partly because a lot of my favorite music is not perfectly recorded. I love '60s music and there are a lot of flaws in that music, so I try not to be a perfectionist, but it's really easy to get into that cycle where you're doing a take over and over and over.

Q: So what are some of the bands you really dig?

A: I know it's a cliche, but I can't not say The Beatles. They are my favorite band. The Velvet Underground and anything [VU leader] Lou Reed has ever done. David Bowie. The Beach Boys. I love '60s garage rock like The Animals and The Kinks. I really love '60s music. It's what I grew up on, and it's really how I learned to play guitar.

Q: You can hear that lineage on this record. I'm thinking especially of the opener, "Straight Out of Town."

Q: There's a great lyric on "Waiting Downtown" -- "I can't keep hating everything I do." Where did that come from?

A: It's a really personal line. I deal with depression sometimes and things like that and I can get in the mindset where I just roll my eyes at everything, where I feel like everything I'm doing is bad. I think a lot of people experience that. It's not a healthy thing, you can't keep doing that. And that song is about trying to overcome it.

Q: Is there a theme to the album?

A: Not specifically. The whole thing is about getting older and being a little bit exhausted. I think we're all living in times where everybody feels exhausted with everything going on. If there is a theme that's probably it, just being tired of different things.

Q: It seems like you deal directly with that on "Straight Out of Town."

A: Yeah. That's the one that is the most direct on this album.

Q: What about the title, Kid Burnout? Does it reflect your state of mind going into the album?

A: Not going into it as a project, but the content of it. That feeling of being exhausted and being burnt out on things.

Q: Any plans to put a band together and playing out?

A: It's something I think about, but I spent so much time in my 20s touring with the two bands I was with. It's exhausting. I love being onstage, but everything around it -- booking shows, loading in and loading out -- I got burned out on it, no pun intended.

Q: This is sort of a part-time thing?

A: Yeah. Part of the reason I left the last band I was in was because I was tired of the business side of music, of promoting music, booking shows, making fliers and all that stuff. I just wanted to focus on music. I don't promote it a lot. I don't think I have as many listeners as maybe when I was in the bands. But the response I get is more personal and that means more to me now than it used to.

Q: Does it make you appreciate being a songwriter? Are songwriting and creativity the main goals now instead of putting on a show?