No time to revel for Beyoncé's hard-working, Emmy-nominated music director 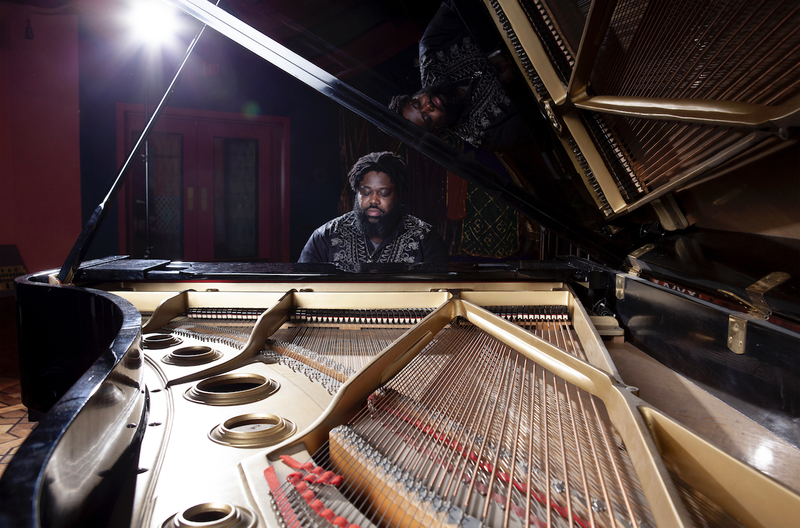 Derek Dixie, music director for Beyonce, sits at the piano at NRG Studio in Los Angeles. Dixie has been nominated for an Emmy Award for his work on "Homecoming: A Film by Beyonce." (AP)

NEW YORK -- In true Beyoncé fashion, when her music director learned he earned his first-ever Emmy nomination for Homecoming: A Film by Beyoncé, he was too busy to celebrate -- because he was focused on producing the superstar's next album.

Derek Dixie has worked with Beyoncé for almost a decade, rising through the ranks from assisting the music director to holding the title himself. His first credit as an MD for Beyoncé was her first concert since giving birth to Blue Ivy in 2012, where former first lady Michelle Obama and her daughters Sasha and Malia were among the attendees.

Now, Dixie is competing for outstanding music direction -- shared with Beyoncé -- at the Emmy Awards. The Emmys will be presented Sept. 22; the Creative Arts Emmys, which includes Dixie's category, will take place Saturday and Sept. 15.

"It feels good obviously. I haven't really digested it completely yet," Dixie said in a phone interview. "My family's looking at me like, 'Wow, my son is Emmy-nominated, my brother Emmy-nominated. So that part of it is really good. Like, I've kind of accomplished something for the home team and for the family."

When the Emmy nominations were announced in July, Dixie was adding the finishing touches to The Lion King: The Gift, released days after the nominations were revealed. The Beyoncé-curated album was inspired by the 2019 film version of The Lion King, where the singer voices the character Nala.

Though Dixie came on Beyoncé's team in music direction, he's also produced, engineered and arranged songs for the singer.

"Just being on the road all the time, sometimes you might have to record an idea or something and need somebody to hop in there and record something quick. And I had those skills," said Dixie, who also produced songs on Beyoncé's epic Lemonade album, earning him his first-ever Grammy nomination at the 2017 awards show. "I think it's segued from the live world into the studio world in my case."

For Homecoming, which captured Beyoncé's brilliant and trailblazing 2018 Coachella performance that highlighted black college culture, Dixie said they planned months ahead of the performance, first by trading ideas over the phone. Then he went into the studio with a small band to churn out more concepts (the final performance included more than 100 performers on stage, including a full marching band, majorette dancers and steppers). 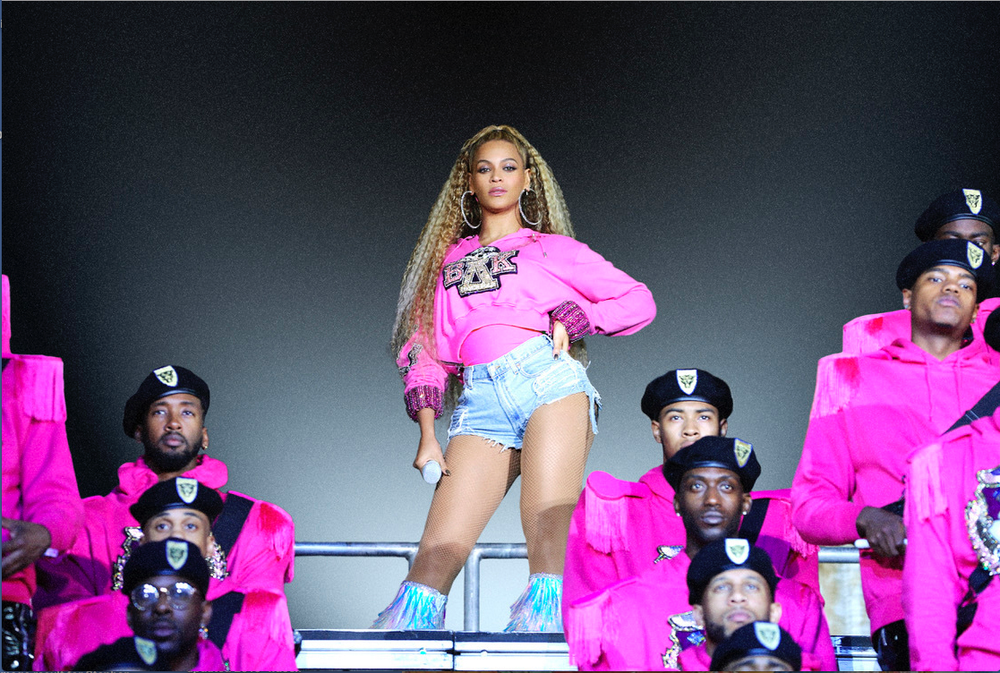 Beyonce appears in her documentary "Homecoming: A Film by Beyonce," which is nominated for several Emmy Awards. (AP)

"Once she honed in on the HBCU [historically black colleges and universities] idea ... it was a machine after that. It was just months and months of prep work, making it sound authentic," he said. "She has tons and tons of classic records that when putting the show together, you have to maintain the classic feel of the record but make it feel like you're in a stadium at homecoming."

Beyoncé's Coachella performance marked the first time a black woman headlined the famed festival and made the singer just the third woman to score the gig, behind Björk and Lady Gaga. And it made history: Homecoming earned a whopping six Emmy nominations, including four for Beyoncé, giving the 23-time Grammy winner a good chance to snag her first-ever Emmy.

"I think it's a blessing and just like any situation you have your stresses and you have your chaos that exists," he continued, "but because of who she is as an entertainer and as a person, you kind of find that fuel to keep going one more day."

And for those who hope to work for Beyoncé one day, he has some advice: "Be ready to work. Yes. That's it. The glamour part comes later but the work part is definitely real."

Print Headline: No time to revel for Beyonce's hard-working director