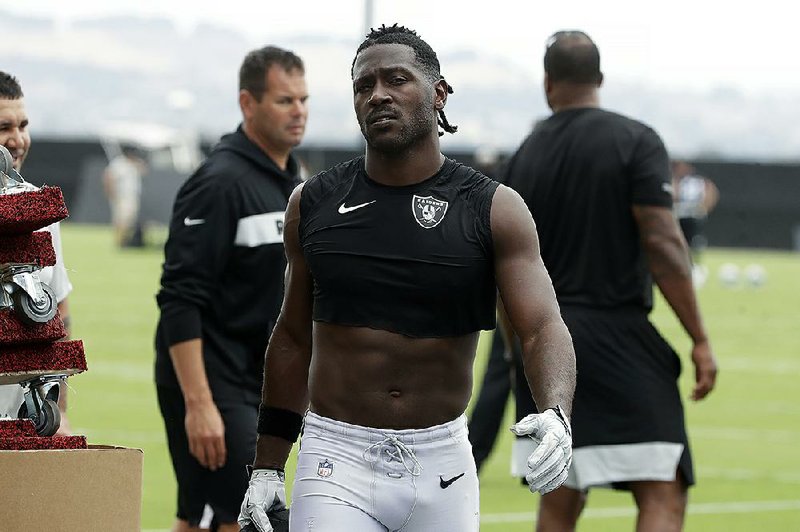 In this Aug. 20, 2019, file photo, Oakland Raiders' Antonio Brown walks off the field after NFL football practice in Alameda, Calif.

New England Patriots wide receiver Antonio Brown has been accused of rape by a former trainer.

Britney Taylor says Brown sexually assaulted her on three occasions, according to a lawsuit filed Tuesday in the Southern District of Florida.

Brown has denied the allegations. Darren Heitner, a lawyer representing Brown, told The Associated Press his client plans to countersue.

"He will pursue all legal remedies to not only clear his name, but to also protect other professional athletes against false accusations," Heitner said in a statement.

Heitner said Brown and Taylor had "a consensual personal relationship."

The New York Times first reported about the lawsuit.

The AP does not ordinarily name the alleged victims of sex assaults, but Taylor was identified in the lawsuit and was quoted in a statement provided by her lawyer, David Haas.

"As a rape victim of Antonio Brown, deciding to speak out has been an incredibly difficult decision," Taylor said. "I have found strength in my faith, my family, and from the accounts of other survivors of sexual assault. Speaking out removes the shame that I have felt for the past year and places it on the person responsible for my rape."

Taylor also said in the statement she will cooperate with the NFL and any other agencies.

Messages were left seeking comment from the Patriots and the NFL.

The 31-year-old Brown, a Miami native, was released by Oakland last week after clashing with the team throughout training camp. He agreed to a contract with New England on Saturday, but has yet to play for the Patriots.

Brown and Taylor met through a Fellowship of Christian Athletes group at Central Michigan University, according to the suit.

Taylor said Brown reached out to her via Facebook in June 2017 and asked the former gymnast for help with improving his strength and flexibility.

According to the lawsuit, Taylor was sexually assaulted by Brown on separate training trips to Pittsburgh and Florida that same month. The suit includes what it says are text messages from Brown bragging about the second assault.

Taylor said in the suit she then cut off ties with Brown, but she agreed to work with him again after she said he apologized and agreed to provide hotel accommodations for each training trip.

According to the lawsuit, Taylor and Brown were in Miami in May 2018 when he raped her in a bedroom at his home. Taylor said she shouted "no" and "stop," but Brown refused.

Heitner said in his statement that Taylor invited herself to join Brown and his friends on a night out on the town, and then came on to Brown before they engaged in consensual sex at his residence.

Brown was approached by Taylor in 2017, according to Heitner, about making a $1.6 million investment in a business project. Brown declined.

Heitner said Taylor reached out to Brown again last year, and she traveled to his residences on multiple occasions. Heitner said she asked for tickets to a Pittsburgh Steelers game.

"Mr. Brown, whose hard work and dedication to his craft has allowed him to rise to the top of his profession, refuses to be the victim of what he believes to be a money grab," Heitner said in his statement.

Brown originally was traded from Pittsburgh to Oakland in the offseason. But a bizarre foot injury, fight with the NFL over his helmet, skipped practices, multiple fines, a run-in with General Manager Mike Mayock and his social media posts ultimately led to the decision to release him.

Brown agreed to a deal with the defending Super Bowl champions hours after the Raiders let him go, granting his request. 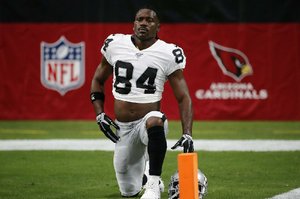 Photo by AP/RICK SCUTERI
Wide receiver Antonio Brown, shown as a member of the Oakland Raiders before his release last week, has denied rape allegations made by a former trainer in a lawsuit filed Tuesday in the Southern District of Florida.