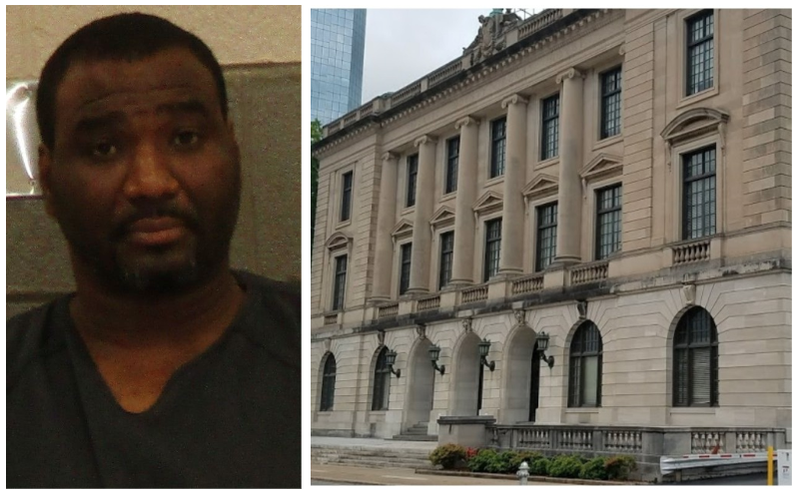 A Little Rock mother of two, gunned down in front of her home three years ago, was killed by her business partner after they had argued about their frozen-dessert food truck operation and Sharniece Renea Hughes told the man she was going to buy him out, Pulaski County prosecutors said Tuesday.

Nine women and three men, one a uniformed Lonoke County sheriff’s deputy complete with sidearm, were seated Tuesday to hear evidence in the proceedings that are expected to run until at least Thursday.

Dorsey and Hughes, 35, operated Rock-N-Flavors Italian Ice truck together, but everything pertaining to ownership of the business was in Hughes’ name, senior deputy prosecutor Jeanna Sherrill told the judge. Italian ice is a sorbet-like confection of pureed fruit or fruit that is popular in Philadelphia, where Dorsey once lived.

Sherill said the morning of the day Hughes was killed, Sept. 5, 2016, her oldest daughter, then 14, heard her arguing with Dorsey on the telephone, telling Dorsey she was going to buy him out of the operation. Later that same day, Hughes told her mother the same thing and asked for help in paying for Dorsey’s portion of the business, Sherrill said.

Dorsey, driving the food truck, a black Toyota Tundra pickup, came by the Hughes’ Mabelvale Pike home after lunch that day and Hughes went outside to talk to him, the prosecutor said. Gunshots followed. Hughes was fatally wounded in the front yard and died a short time later. Police revealed Dorsey was a suspect the following day.

In the coming days, jurors also will hear about how someone driving Hughes’ black pickup led police in the border city of El Paso, Texas, on a lunch-time pursuit at speeds topping 100 mph about six weeks after Hughes was killed. Federal authorities sealed the border crossings, but the truck driver crashed through some barriers to cross into Mexico and get away.

El Paso is about 14 hours away from Little Rock.

Defense attorney Megan Wilson urged the judge to prohibit testimony about the incident, saying prosecutors had no real proof that Dorsey was the driver and that their only intention for telling jurors about the chase was to make Dorsey look bad.

However, the judge allowed testimony about the chase and escape after hearing directly from the Texas police officer who tried to pull over the pickup that the man he saw behind the wheel was Dorsey.

Following Hughes’ slaying, Little Rock police put out a nationwide alert for law enforcement to be looking for her missing pickup.

Flown in for Dorsey’s trial, El Paso Officer Mizrahalm Delgado told the judge an off-duty officer had seen the truck with its Arkansas license plates Oct. 16, 2016, and alerted fellow officers. Delgado said he had been dispatched to look for the vehicle, telling the judge that Arkansas tags are scarce in the city of about 683,000 people.

Delgado said he saw the pickup at a restaurant then watched a man get in and drive away. Delgado said he followed it briefly in his patrol car before turning on his lights to pull the truck over.

Delgado said when the truck stopped, he pulled his duty weapon and stood behind his car door while ordering the driver to get out of the vehicle.

When the driver didn’t immediately obey and turned his head to the passenger side of the truck, Delgado said he turned back to his own car to retrieve his M-4 rifle, concerned that the driver might be armed.

That was the moment the truck drove off, Delgado told the judge. The officer said he was later shown a photograph of Dorsey and recognized him as the pickup’s driver.

The defense claimed that Delgado never got close enough to get a good look at the driver, but Sherrill argued that jurors should be allowed to decide for themselves whether Delgado had seen what he said.

The judge also overrode defense objections to prosecutors presenting testimony from a U.S. marshal about the circumstances of Dorsey’s July 2017 arrest in Clarksburg, W.Va.

Sherrill said federal authorities, acting on a tip that Dorsey was living in apartment there, put the residence under surveillance after the landlord showed them a photocopy of the tenant’s Massachusetts drivers license. The name was Maxwell Akuma but the photo was Dorsey’s.

She said marshals evacuated the three-story apartment complex in the middle of the night then spotlighted Dorsey’s third-floor apartment. He responded by climbing out a rear window and onto the roof, first trying to kick in the window of an apartment beneath him.

Sherrill said a police tactical teams rushed in and grabbed his arms to pull him back, but he responded with an epithet — “F*** this, I’m jumping” — and threw himself from the building.

He suffered a compound leg fracture, and in the ambulance ride, continued to maintain that his name was Akuma, Sherrill told the judge.

Proceedings got off to a late start, forcing jury selection to be pushed back to the afternoon after the only eyewitness to the shooting failed to show up to court on time Tuesday morning, despite being subpoenaed by both prosecution and defense.

Her absence prompted Bill James, Dorsey’s lead attorney, to ask for the trial to be delayed, saying the woman, 24-year-old Lakiera Madden of Dumas, was crucial to his trial strategy and he could not put on his case without her. The trial has already been rescheduled twice at defense request because Madden could not be located, James said.

Reluctant to delay trial again, the judge instead ordered sheriff’s deputies to bring her to court under threat of arrest. However, authorities managed to contact Madden and she drove up from up from Desha County.

Asked to explain herself by Laser, Madden said she had misread her subpoena and thought the trial was at the end of the month. The judge explained to her that not only would she face arrest if she did not appear in court before today’s proceedings begin, he would consider further jailing her.

“You need to be here prepared to testify,” Laser said. “I could jail you for contempt and I don’t want to do that.”