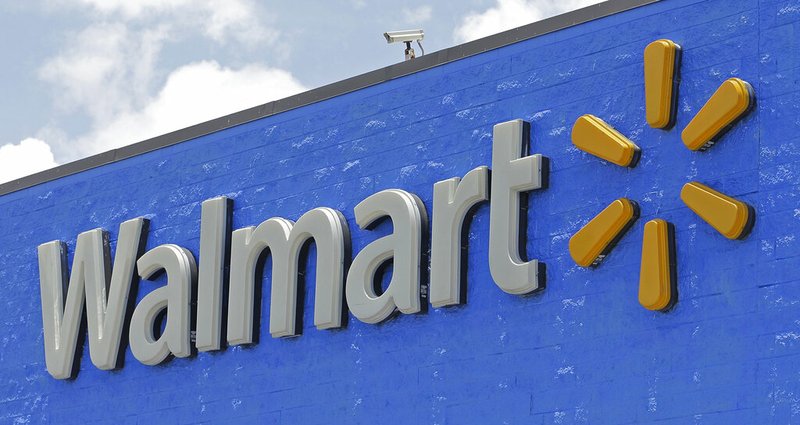 The property-tax fight between Walmart and Pulaski County, viewed as Arkansas' "dark-store theory" test case, landed Tuesday in circuit court as the company appealed its recent loss at county court.

The Bentonville retailer has sought to cut the county's assessed value of 10 properties from $145 million to $74.3 million, a reduction of about 48%.

At stake is about $900,000 in annual local tax value, a number far less than previously disclosed. The Arkansas Democrat-Gazette, relying on a document from the tax assessor's office that contained a miscalculation, initially reported $4.5 million in tax revenue was at issue in the case.

Walmart suggested in its filings Tuesday that Pulaski County's valuation of the 10 properties -- eight Walmart Supercenters and two Sam's Club stores -- "rely upon inaccurate or misapplied data and methodologies."

Assessors across Arkansas view the case as the state's first real test of the so-called dark-store argument, which has been advanced by big-box retailers nationwide.

Though the phrase was barely mentioned during a two-day hearing in July before County Judge Barry Hyde, county judge of Pulaski County, witnesses called by Walmart stuck closely to the underlying argument.

Retailers contend that their properties are so thoroughly customized to their specific needs that they cannot fetch a price on the open market that equates to their tax assessments. They ask that assessors rely largely -- though not solely -- on comparable sales of similar stores or properties, even if they are in different states or face different location challenges.

Opponents of the tactic use the "dark store" moniker to highlight that companies want to be taxed as if their open stores are vacant. They argue that doing so can undervalue a bustling business and sap tax revenue from local authorities.

For weeks observers have said attorneys on both sides of the Walmart-Pulaski County dispute are preparing as if the case will ultimately land before the state Supreme Court, which would give the high court its first opportunity to set precedent on a legal theory that has found mixed success nationally.

Washington County Tax Assessor Russell Hill has estimated more than $100 million in local tax revenue would be at stake statewide if Walmart's legal argument becomes precedent and other big-box retailers follow suit. Hill is an outspoken opponent of the argument.

Hyde ruled against Walmart last month after a two-day hearing in July. He did not address the merits of the legal argument, finding instead that reports the company submitted to support its proposed values were "fundamentally flawed."

Little Rock attorney Harrison Kemp, in his written final argument for the county, contended that appraisals by Jeff Ford on Walmart's behalf "were prepared negligently" because Ford did not thoroughly investigate whether some of the real estate transactions he used as comparison data were between related parties, such as business partners or family members.

Ford acknowledged during the July hearing that he was unaware whether some of the land transactions he used for comparison were between related parties, which he testified should not be used for comparisons because they don't necessarily reflect actual market prices.

Ryan Wilson, a Jonesboro attorney representing Walmart, said in his final county court filing that Kemp's "argument missed the mark." The county did not offer definitive proof that the sales Ford used as comparison points were between related parties, he wrote.

Hyde, who is not a licensed attorney, acts as a jurist when county court is in session. The hearing was moved to the Quorum Court room in order to accommodate a crowd of assessors, officials from school districts and other observers.

Of the top-line worth set by government assessors, 20% is considered taxable. The taxing -- or millage -- rate specific to a given area is applied to that amount to determine what a property owner must pay. Various taxing entities, such as county government, school districts and other public agencies, divvy the revenue.

Kemp of the firm Mann & Kemp did not immediately respond to a phone message Tuesday.

Walmart spokeswoman Delia Garcia said in an emailed statement that the company is "simply seeking a fair market value for the property taxation of our stores."