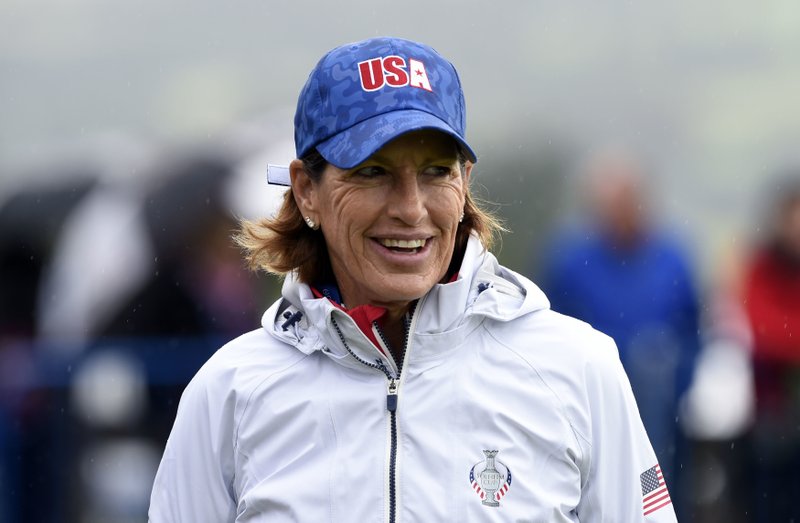 The stage alone makes this the most exciting week of the year in women's golf.

The Solheim Cup delivers more pomp, more passion and more raw emotion than any other event on the schedule. Hugs give way to handshakes after the final hole. For three days, and sometimes longer, friends become the fiercest of rivals. It becomes personal.

And it doesn't matter which team has better players, who has more majors or a higher world ranking. This is match play. This is all about the flag.

The one person responsible for making it such a big week?

How else to explain why golf can be so compelling when the best players aren't even there?

It's been that way for the better part of two decades, from when Se Ri Pak of South Korea developed a nation of stars, Karrie Webb of Australia was winning majors at a faster rate than anyone and Lorena Ochoa of Mexico was No. 1 in the world.

None of that matters. It's the United States against Europe.

It's really that simple.

The flag and the colors on the bags are more meaningful than the names stitched on them.

The Solheim Cup began in 1990, and unlike the Ryder Cup, it didn't take some 50 years for it to get attention. It helped that continental Europe had been invited to the Ryder Cup affair in 1979, giving Ballesteros a decade to inject his will and his purpose into the matches. Even better was that Europe had captured the cup three consecutive times when the Solheim Cup was held for the first time.

Sure, there have been enough drama-filled moments for the Solheim Cup to develop its own personality.

Dottie Pepper angered Europeans so much with her high energy and big celebrations that they put her name on a bop bag and took turns punching it during the '98 matches at Muirfield Village. Pat Bradley followed the rules, though perhaps not the spirit, when she made Annika Sorenstam replay a birdie chip she had made because she inadvertently went out of turn two years later at Loch Lomond.

Alison Lee needed a 12-foot putt to win the hole in a tight match in 2015, missed, and when Charley Hull walked away as the German crowd cheered, Lee picked up her ball. That's when Suzann Pettersen, standing on the far end of the green, said she never conceded the 16-inch putt.

Put the Americans and Europeans together in golf, no matter the names or pedigree, and there are bound to be fireworks.

That both teams collectively have only three players from the top 15 in the world hardly matters when the matches start Friday at Gleneagles in Scotland. It's as relevant now as when the United States (Bradley, Beth Daniel, Betsy King) and Europe (Sorenstam, Laura Davies, Helen Alfredsson) ruled women's golf.

Even so, the disparity is getting wider.

Webb won the career Grand Slam in a span of eight majors when she was the dominant figure in women's golf. Pak carried the South Korean flag on her own, winning four majors in five years, before what seemed like an entire nation followed her to America.

Now, the Solheim Cup teams are loaded with what can be described as also-rans in the world of women's golf.

The American team has four players who have yet to win on the LPGA Tour, and three others who have won only once.

Half of the European team is outside the top 50 in the world ranking.

For now, the best in women's golf will be relegated to the sidelines as U.S. captain Juli Inkster tries to win for a record third time, with nine players who have never competed in a Solheim Cup away from home.

Europe hopes to harness good vibes from the men winning the Ryder Cup on the same course five years ago.

It should be a good show.

Put the Americans and Europeans together and that's usually the case no matter who's playing.