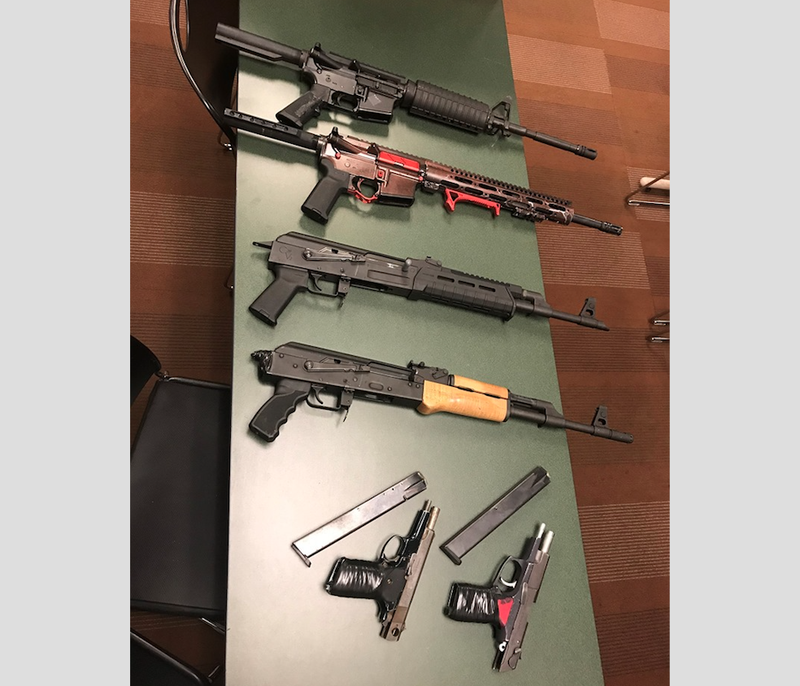 Two teenagers were arrested Tuesday in connection to taking multiple items and weapons from northeast Arkansas pawn shops by driving a stolen vehicle into the buildings, officers said.

Kelvin Morrow, 19 and Emmanuel Cotton, 19, both of Jonesboro, were detained in connection to a pair of pawn shop burglaries that occurred Sunday night in Jonesboro, according to a news release.

Officers with the Jonesboro Police Department said around 10:50 p.m. they were notified about a Honda SUV being stolen from the Race Street Market, located at 3509 Race Street. The owner of the vehicle told police he left his vehicle running and when he came back outside to get his identification, he saw his vehicle leaving the lot.

[Video not showing up above? Click here to watch » https://www.youtube.com/watch?v=OpUmqdjuOvA]

Officers said at 11:05 p.m. they responded to a burglary report at Express Pawn, located at 3205 E. Nettleton Ave. Officers said they determined the stolen SUV had been driven into the store, causing a large hole. Video footage showed Morrow and Cotton taking several rifles from the store before leaving in the stolen vehicle, police said.

While working the previous two scenes, officers said they were notified around 11:29 p.m. about a second burglary at Jim’s Pawn Shop located at 3711 E. Highland Dr. Officers said surveillance footage showed the teens back the stolen vehicle into the building twice before entering the store.

Officers executed a search warrant on 3513 Race St. where they found six weapons, multiple rounds of ammunition and various other stolen items.

Morrow and Cotton were being held Wednesday morning in the Craighead County jail in lieu of $250,000 bond. They are expected to have their probable cause hearing Wednesday.