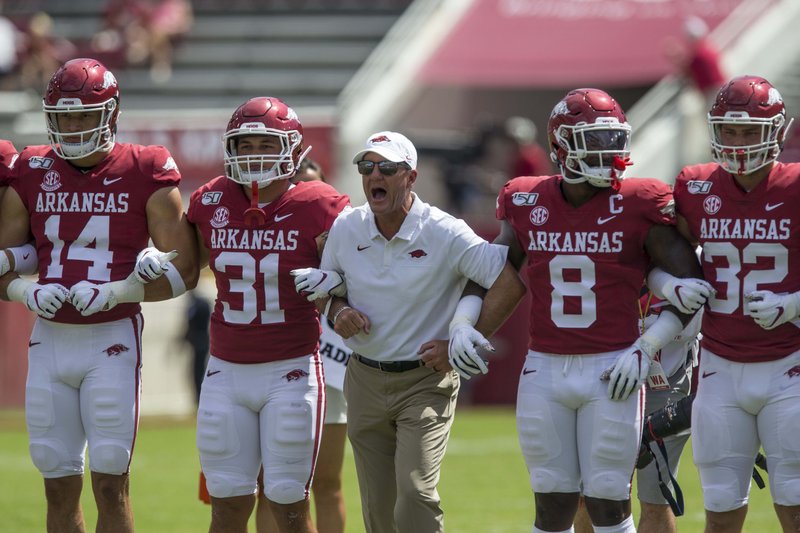 Three Arkansas targets have set dates to visit Fayetteville in the near future.

Junior running back Jordan Jenkins, 6-1, 200, of Lindale, Texas, said he plans to visit Arkansas on Sept. 21 for the San Jose State game. He has offers from Arkansas, Baylor, BYU and Louisiana-Monroe.

Kansas, Oklahoma State and Oklahoma visited her school on Monday. More than 20 schools are scheduled to attend one of her practices in September.

ESPN rates her a 4-star prospect, the No. 6 point guard and No. 23 overall prospect in the nation for the 2021 class.

Junior shooting guard Jaxson Robinson, 6-6, 170 of Ada, Oklahoma, plans to make an unofficial visit to Arkansas for the Auburn football game on Oct. 19. He visited Fayetteville in August.

Arkansas is expected to host numerous prospects on unofficial visits for the Colorado State game: