Murphy returns to his comedy roots at SNL, as host 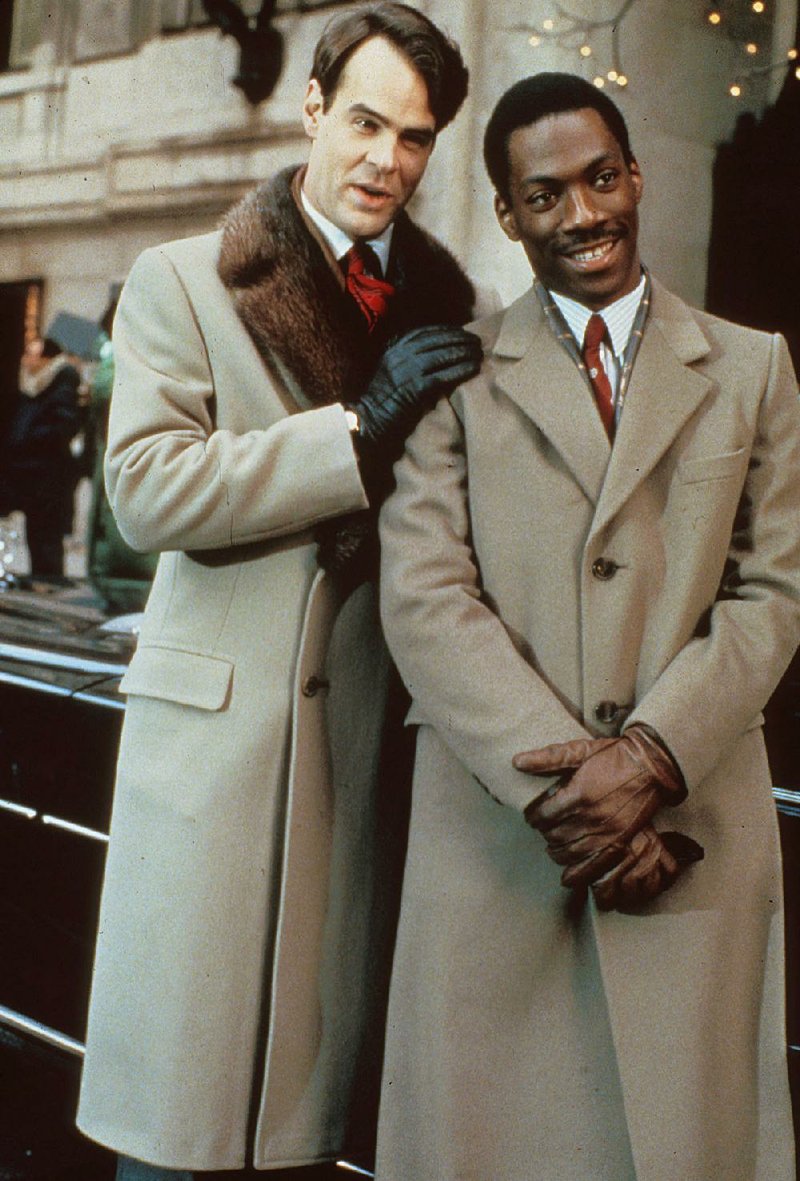 Eddie Murphy (right) and Dan Aykroyd, both Saturday Night Live alumni, starred in the 1983 film Trading Places. Murphy, who first appeared on SNL in 1980, is credited with helping save the failing series in the ’80s.

When Eddie Murphy first appeared on Saturday Night Live in November 1980, the show was on the brink of extinction. Creator Lorne Michaels had departed prior to the sixth season, most of the high-profile cast was gone and critics labeled the sketch show as Saturday Night Dead.

But Murphy, who will host SNL on Dec. 21 -- the first time he has performed comedy on the NBC show since 1984 -- became a breakout star who would later be credited with keeping the show afloat.

Murphy has a long history with the show that helped propel him to fame, including a long stretch when he stayed away.

A stand-up comic, Murphy was just 19 when he joined SNL. One of his first characters was Raheem Abdul Muhammed, a high school basketball player who complained about an Ohio judge's ruling that teams had to have at least two white players.

Indeed, much of the material Murphy performed tackled race in edgy and direct ways. Sketches such as "White Like Me" and "Mister Robinson's Neighborhood" have since become classics.

When Murphy joined, many of the show's biggest stars from its first few years -- Dan Aykroyd, Jim Belushi, Gilda Radner -- had left. Much of the new cast was "cowed by the fact they were following in the footsteps of these luminaries," former SNL writer David Sheffield told The Washington Post's Geoff Edgers. "I remember watching Eddie and he was completely relaxed. He looked like if the set fell down on top of him, he would not give a damn."

Soon Murphy became indispensable. "Eddie's the single most important performer in the history of the show," Dick Ebersol, who returned as executive producer during Murphy's run, previously told Edgers. Ebersol instituted a rule that Murphy had to be on-screen at least three times during the first part of the night. "He literally saved the show."

During his four-year run on SNL, which included popular performances as Gumby, Buckwheat and James Brown, Murphy was turning into a movie star. He released box-office hits such as 48 Hours, Trading Places and the stand-up special Delirious.

As he approached his final season in 1984, he told Rolling Stone, "I can't wait to leave." He said he didn't find the show funny anymore and was ready to focus on his acting and music career.

In the years that followed, a mythology built up that Murphy had ill will toward SNL. He declined to be interviewed for Live From New York: An Uncensored History Of Saturday Night Live, and his absence on the show's 25th anniversary was glaring.

"Everybody had their own theory," the book's co-author, James Miller, told ThinkProgress in 2015. "But it wasn't like there was a huge fistfight. I really, to tell you the truth, I think there's many explanations out there, probably a dozen, about why it all happened."

One of the most persistent theories had to do with a joke David Spade told during a "Hollywood Minute" sketch in 1995, during a career downturn for Murphy. "Look, children," Spade said as a photo of Murphy appeared, "it's a falling star. Make a wish." According to Spade, Murphy called him up angrily to complain.

"I made a stink about it, it became part of the folklore," Murphy told Rolling Stone in 2011. "What really irritated me about it at the time was that it was a career shot. It was like, 'Hey, come on, man, it's one thing for you guys to do a joke about some movie of mine, but my career? I'm one of you guys.'"

Murphy and Spade have since reconciled, and Murphy has also spoken publicly about how much SNL meant to him. In a highly anticipated return, Murphy appeared during the 40th anniversary episode. He expressed gratitude that people valued "the stuff I did 35 years ago on the show" and said "I will always love this show."

But then he ended his appearance without telling a single joke. Later, it was revealed that the show had wanted him to impersonate Bill Cosby. "I totally understood," Murphy told Edgers. "It was the biggest thing in the news at the time. I can see why they thought it would be funny, and the sketch that Norm [Macdonald] wrote was hysterical."

But, he added, the Cosby story was "horrible. There's nothing funny about it. If you get up there, and you crack jokes about him, you're just hurting people. You're hurting him. You're hurting his accusers. I was like, 'Hey, I'm coming back to SNL for the anniversary, I'm not turning my moment on the show into this other thing.'" (Murphy would tell a Cosby joke later that year as he accepted the Mark Twain Prize for American Humor.)

Now, Murphy is prepping for another return to the spotlight, with rumors that a Netflix stand-up special is in the works. He recently appeared in the latest season of Jerry Seinfeld's Comedians in Cars Getting Coffee on Netflix and will be in next month's Netflix movie Dolemite is My Name. He'll also reprise his role as Prince Akeem in the hotly anticipated Coming To America sequel, due out in 2020.

Given the resurgence, it makes sense that Murphy has chosen now as the time to return to SNL.

"This show is such a big part of who I am," Murphy said during his 40th anniversary appearance. And being at Studio 8H, he said, "feels like going back to my old high school."

Print Headline: Murphy returns to his comedy roots at SNL, as host