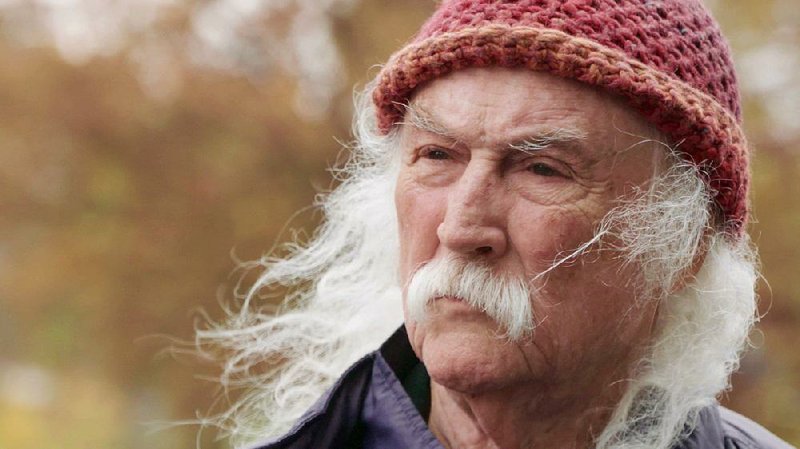 Even David Crosby sometimes seems amazed that’s he still alive. He candidly reminisces about his life, career and the damage he wreaked in the documentary David Crosby: Remember My Name.

Deep into David Crosby: Remember My Name, a music documentary that feels like a therapy session for its 78-year-old subject, Crosby muses about old bandmates.

"I still have friends, but all of the guys I made music with won't even talk to me," Crosby says. "One of them hating my guts could be an accident. But [Roger] McGuinn, [Graham] Nash, Neil [Young] and Stephen [Stills] all really dislike me, strongly. I don't quite know how to undo it."

Rating: R, for language, drug use and brief nudity

This prompted McGuinn to Tweet at Crosby: "Hey ... you're saying I won't talk to you and hate you. That's just not true."

Which in turn prompted a response from Crosby: "Thanks Roger ... want to do a couple of Byrds dates? I'll just sing harmony ... no talking ...?"

McGuinn didn't take the bait. When contacted by Rolling Stone, his representative wrote: "Neither Roger or Chris [Hillman] entertain the idea of a Byrds reunion. Roger was just tired of David crying about being hated. DC is not hated but that doesn't mean anyone wants to work with him."

This fits with something I saw a few years ago -- probably in a Tweet from McGuinn -- to the effect that Crosby always had a business plan, and that plan involved him being in a lot of bands.

For better or worse, that encapsulated my view of late-model post-prison David Crosby: he was a man on the make, driven by his circumstances (which had surely left him in the sort of desperate yet oddly affluent lifestyle that seems to befall the formerly rich and celebrated in this country) to leverage what was left of his star power to pay his bills. He was a tragic figure, proudly undone as much by hubris as his legendary appetite for illicit substances.

But after watching this doc, directed by A.J. Eaton with producer Cameron Crowe serving as Crosby's primarily just-off-screen interlocutor, I understand that I don't know Crosby at all and that more than 50 years of listening to his music and maybe a decade of attending to his (worth following Twitter feed) had lulled me into smugly assuming I had some kind of read on what the film reveals to be a prickly but determinedly intelligent and self-aware man whose motives have often been obscure to himself.

It made me think I could probably like David Crosby. And that I would never want to work with him.

These days he resembles, in demeanor as well as wool cap and denim shirt, nothing so much as Guitar Center's oldest shop assistant. (Or Mike "Fluff" Cowan, who caddied for Tiger Woods in the '90s.) There's an avuncular air about him as he tells more or less his life story, which follows the contours of a lot of rock 'n' roll survivor stories.

His father, the Oscar-winning cinematographer who shot High Noon, was remote. He never told his sons he loved them. His mother was gentler, a music lover.

His first mega-successful band -- The Byrds, the perpetually underrated L.A. band that might have been the American Beatles -- blew up largely because of his ego and excesses. In his 20s, Crosby strutted around in a Russian fur hat and spewed conspiracy theories about the JFK assassination. He misused young women. One of them -- the one he may have loved -- died tragically at 21.

In a Laurel Canyon kitchen he found that singing with Graham Nash and Stephen Stills was strong medicine. Legend has it that it took 40 seconds for CSN to come together (and nearly 50 years to fall apart; the film contains painful video of what will likely be their final performance ever, a dissonant pass at the Christmas carol "Silent Night" at the lighting of the National Christmas Tree in 2015). Then Neil Young petitioned to join the band; he auditioned for Crosby in the latter's driveway. Crosby deigned to let him in.

They were the biggest thing for a while after Woodstock, in the early '70s. That died too.

Crosby is a surprisingly droll storyteller, candid, free of self-pity (despite what McGuinn thinks). He wonders how he is still alive. Prison probably saved his life in the '80s when he was better known for abusing substances than making music. And for the past couple of decades, he has consistently produced interesting music that few people pay attention to. So, in order to try to hold everything together, he's forced to go out on the road and play his old songs in tertiary markets.

Cameras follow him on the road, with his band of young musicians. They reveal him to be in wonderful voice, except when that voice deserts him and he has to cancel dates. David Crosby seems to be happy on stage, to play for crowds which tolerate his new jazzier work while waiting for him to sing "Guinevere" or "Almost Cut My Hair."

I used to think Crosby was a selfish dude, a bad guy, and there's nothing in this shambling film that really rebuts that. What's disarming is how willing he takes responsibility for whatever has gone wrong with his life, for being the source of pain for many. Maybe that feels familiar to McGuinn and to Nash, whose legendary forbearance was eventually exhausted by their old friend.

What David Crosby: Remember My Name feels like is an elegy. Crosby understands the end is near and that he is bound to leave behind unrepaired relationships and financial messiness. He's trying to fix it, but there's just not enough time. 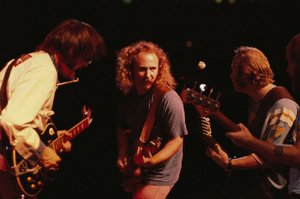