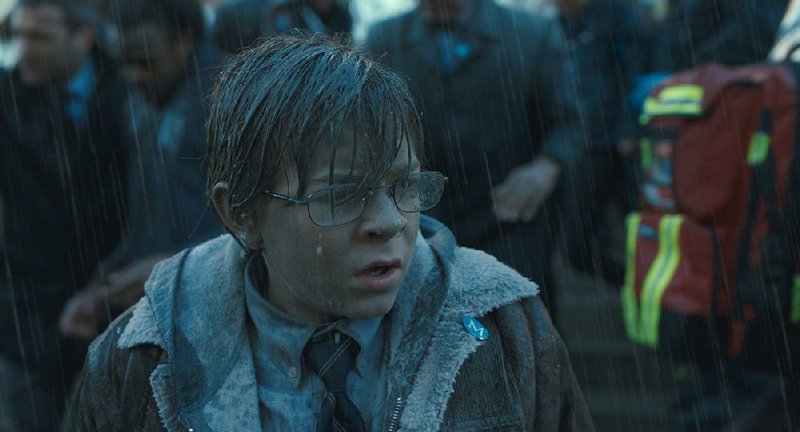 Theo Decker (Oakes Fegley) survives a terrorist bombing at a museum that kills his mother; and he is taken in by a wealthy Upper East Side family in John Crowley’s film adaptation of Donna Tartt’s novel The Goldfinch.

In this era of great longform miniseries that take whatever time is ideally required to tell the story at hand, why try to compress Donna Tartt's fabulous, far-ranging, Pulitzer Prize-winning, 784-page novel The Goldfinch into a conventional-length film? That's the long and the short of the problem with this nicely cast, impeccably decked-out production that simply doesn't have the room or time to properly accommodate the piece's plot and multitude of milieux and characters. Unlike the tiny painting that gave the book its name, the movie deserves a more expansive canvas.

The tale is triggered by a tragic twist of fate that pivots into a boy's pinballing adolescence between New York City, Las Vegas and Amsterdam while keeping company with people ranging from Manhattan's elite to the dregs of the European underworld. Given his lack of parental guidance and sense of personal responsibility for his mother's accidental death, the young lad actually copes pretty well and his life does not lack for colorful characters or trying experiences.

Rating: R, for drug use and language

Director John Crowley greatly distinguished himself with his last outing, Brooklyn, which stands as one of the finest film adaptations of a first-rate piece of literature of this youngish century. In terms of his excellent taste in material and choice of collaborators, his instincts remain unimpeachable.

But the filmmaking team, also including screenwriter Peter Straughan and the team of producers, had their hands more than full trying to figure out how to fit all these characters, and the various phases of their leading man's life, into a narrative you could consume in one sitting. In the end, there's too much good stuff missing and yet not enough to serve as a satisfying meal.

Instead of beginning with the triggering incident, a bombing at the Metropolitan Museum of Art that kills the mother of 13-year-old Theodore Decker (Oakes Fegley), among others, the pic begins with Theo trying to fit in with the wealthy Barbour family who's taken him in post-tragedy. The father (Boyd Gaines) is pure dotty old New England, but the ultra-stylish mother (Nicole Kidman) looks after him attentively.

Unbeknownst to any of them, Theo has made off with one of the museum's treasures, The Goldfinch, by the 17th-century Dutch painter Carel Fabritius, and hidden it away.

Theo is helped in a different way at the antique furniture shop run by Mrs. Barbour's friend Hobie (Jeffrey Wright), who's an old-school white New Englander in the book. The man evolves into a reliable mentor of sorts, while a girl also staying there, Pippa (Aimee Laurence, later Ashleigh Cummings), herself recovering from a head injury, becomes something of a romantic touchstone through the years.

With great care having been taken with every aspect of the production, from the casting and the regional accents to the myriad details of décor and wardrobe, the film exhibits a fastidiousness that perfectly fits the world, anchored at Park Avenue and 63rd, that it inhabits. However, some time later, when the story hits Las Vegas, the cultural antithesis of where we've been to this point, the movie begins shortchanging the book and feeling like a serious abridgment.

This is because the maddest, wildest, most unusual character in the story, a Ukrainian-Russian kid named Boris, doesn't really get to spread his wings. If Theo thinks he's had it rough, he's got another think coming in Boris, a foreign-born child dumped by his father in a forlorn housing development so far from town that no one else moved there. Stoned most of the time, Boris, as initially played by Finn Wolfhard, is a funny and resourceful guy, the only person who can provide Theo relief from the latter's washed-up-actor father (Luke Wilson) and his vulgar lady friend (Sarah Paulson), neither of whom have enough screen time to register importantly.

On paper, Boris is a fabulous creation, a born hustler able to find opportunity in almost any situation and almost constantly hilarious. If it weren't for him, Theo would have great trouble surviving his desert exile. The boys' hijinks have been cut to the bone, a major loss which also doesn't well serve the final act, when the guys (now played by Ansel Elgort and Ameurin Barnard) meet later in life under grave and violent circumstances in Amsterdam to deal with the complicated legacy of Theo's long-hidden, much sought-after artistic possession.

For a team that has addressed the challenges of the transfer from one medium to another with such obvious care, it's a shame the result can't be a lot more satisfying than it is. But too much is gone: There's precious little investment in Theo's romance with the Barbours' daughter, just as his underlying, far more poignant feelings for Pippa carry scant weight.

The two actors portraying Boris are uncannily matched but the role becomes so minimized as to reduce his climactic violence to strictly generic proportions. All in all, a lot of very careful and well-judged work here has gone into an undertaking that, because of its dramatic and thematic shrinkage, was hardly worth it.

If the immaculately chosen cast has done its job as best they could, that goes double for the key behind-the-scenes talent, notably cinematographer Roger Deakins for his compositions of ultra-confident integrity and beautiful shadings; K.K. Barrett's spot-on, milieu-enhancing production design; Kasia Walicka-Maimone's character-building costuming; and, perhaps most of all, composer Trevor Gureckis' exceptionally fresh and disarmingly different musical score. 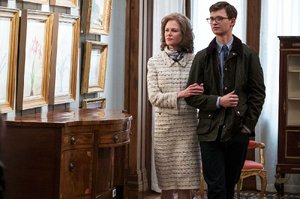 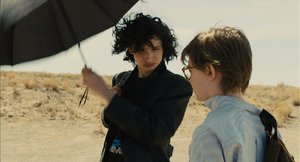 Boris (Finn Wolfhard of Stranger Things) is a Ukrainian student who bonds with Theo (Oakes Fegley) over drugs, alcohol and personal loss in The Goldfinch.