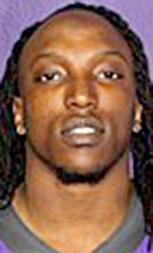 Jackson, 5-11, 190 pounds, is known for his hard hits, a feature of his play on defense and special teams from his start at UCA as a redshirt freshman in 2016.

"Juan is one of those people I call a heavy hitter," UCA Coach Nathan Brown said. "When he hits you, you go backward."

His hits have drawn replays on ESPN Plus in each of UCA's first two games this season -- a 35-28 victory at Western Kentucky on Aug. 29, and a 24-16 victory at Austin Peay on Sept. 7. Jackson said he knows the entertainment value of loud, hard contact in football.

"I just try to bring that kind of physicality to the game," Jackson said. "I'm not really the biggest guy out there, but I want people to know exactly where I'm at when I play. It can help change the way guys play. It can make them look for me instead of looking where they're going."

Jackson's next chance for hits comes today when UCA hosts Abilene Christian at Estes Stadium. Kickoff for both teams' Southland Conference opener is scheduled for 6 p.m.

Abilene Christian visits off an opening-game 51-31 loss at North Texas on Aug. 31, and a 66-14 victory over Arizona Christian in Abilene, Texas, on Sept. 7.

"There's no doubt that we're going to have our hands full to be able to stop these guys," Brown said.

"They look like a really good team," Jackson said. "They're just a good collective group. It's definitely going to be a challenge for us."

Hard hits alone don't qualify players for preseason and postseason honors. Jackson was named first-team All-Southland Conference in 2018 and was listed on the preseason All-Southland team for this season, honors earned as byproducts of his rules-bound violence. Jackson led UCA and was fourth in the Southland with 67 solo tackles in 2018.

Jackson said hits for their own sake can prove counterproductive.

"Going for the big hits has hurt me sometimes," Jackson said. "Sometimes I just need to go for the nice form tackle, just to get guys on the ground. That's something I need to work on going forward."

Jackson was recruited out of Gardendale, Ala., a northern suburb of Birmingham, by former UCA head coach and current South Alabama Coach Steve Campbell.

Jackson said Campbell's offer was one of the few he received. After one trip to the UCA campus, Jackson said he was sold.

"I just love the environment up here," Jackson said. "I could tell it was a winning culture and a winning mentality. I just fell in love with the people around here."

Though Jackson said he will wait until the end of this season to ponder his chance to play football beyond college, Brown said one might come.

"Juan has a chance," Brown said. "Scouts come in to see all of our guys, but Juan's name always comes up. You can't hide production."

"Just to have teams come through here, just looking, it's kind of surreal to me," Jackson said. "It's a cool experience just to be able to be a part of it."

WHEN UCA HAS THE BALL A balanced offense has been UCA's strength under Coach Nathan Brown, but through two games, UCA sophomore quarterback Breylin Smith has passed for 607 yards, while senior running back Carlos Blackman leads UCA with 81 rushing yards. Nevertheless, watch for UCA to try to establish the run from the start against the Wildcats. To this point, Smith's top targets have been sophomore Lujuan Winningham and freshman Tyler Hudson. Winningham has been named the Southland Conference Offensive Player of the Week each of the first two weeks of the season. He has 16 receptions for 358 yards and 5 touchdowns.

WHEN ABILENE CHRISTIAN HAS THE BALL Through his first two games, junior quarterback Luke Anthony has completed 42 of 60 passes for 533 yards and 5 touchdowns without an interception. Senior running back James Tracey has led ACU's rushers with 160 yards and 4 touchdowns. Senior receiver Josh Fink has caught 6 passes for 141 yards and 2 touchdowns.

WHAT'S AT STAKE UCA has not won the first three games on its schedule since 2010.