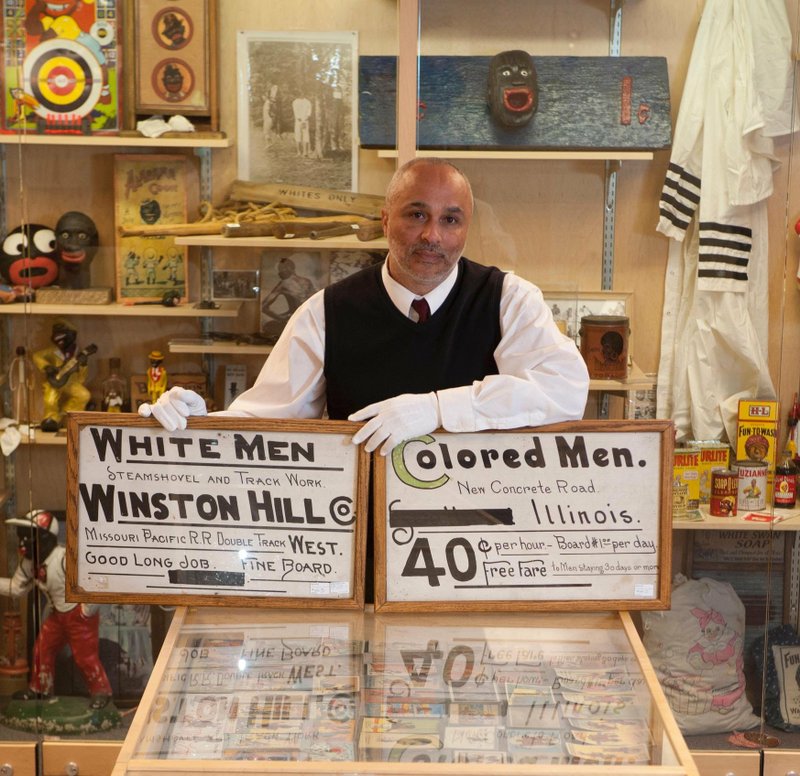 David Pilgrim, founder of the Jim Crow Museum in Michigan, shows off some of his collection of racist memorabilia. A traveling tour of memorabilia opens Thursday at the Mosaic Templars Cultural Center in Little Rock. (Special to the Democrat-Gazette)

Hateful things are coming to the Mosaic Templars Cultural Center in Little Rock.

Among them are advertisements, signs, board games, children's books and postcards.

They come from the more than 14,000-piece collection of the Jim Crow Museum of Racist Memorabilia at Ferris State University in Big Rapids, Mich., and represent, in the museum's words, "nearly 150 years of anti-black, racist objects and images."

The objects make up "Hateful Things," the museum's traveling exhibit that opens Thursday at the Mosaic Templars center. Jim Crow Museum founder and director David Pilgrim will speak and answer questions at the opening.

The exhibit is being brought to the Templars center to mark the 100th anniversary of the Elaine Massacre, the racial conflict that began Sept. 30, 1919, in Phillips County and left an unknown number of black residents dead.

Pianist Linda Holzer will perform Fantasie Negre at the exhibit opening, which was written by Little Rock native Florence Price in 1929. Many believe she composed it in remembrance of the Elaine Massacre.

Christina Shutt is director of the Mosaic Templars center.

Objects in the exhibit "shaped and reflected the attitudes that undergirded the atrocities committed against black people," Pilgrim says.

The pieces gathered by the Jim Crow museum aren't just relics of the past, and racially insensitive objects are still around, Shutt says, mentioning a sweater marketed by Gucci earlier this year that resembled blackface.

"Often when we think about history, we think about things that happened before our lifetime, but the museum collects things that feature former President Barack Obama and first lady Michelle Obama. These things are in our present as well, and people are still out there creating this racist imagery."

The items in "Hateful Things," which will be at the center until Nov. 30, will be presented with panels that place the images in historical context.

"Our goal is to get people to talk honestly and deeply about race, race relations and racism," Pilgrim says. 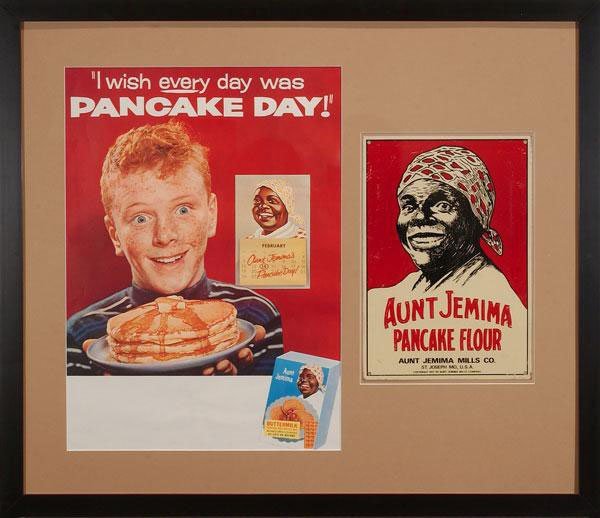 Organizers at the Mosaic Templars center, a museum of the Department of Arkansas Heritage, hope that "this will be an opportunity for people to reflect, but also respond to the exhibit to talk about some of the emotions that come up," Shutt says. "We hope that this could be a catalyst for more conversations about racism, policies and our history."

Pilgrim, the author of Understanding Jim Crow and Watermelons, Nooses, and Straight Razors, grew up in Alabama and started collecting the items that would make up the museum as a teenager.

The first thing he ever bought — a salt-and-pepper shaker depicting a stereotypical black "mammy" — isn't in the collection, however. He smashed it.

"It was ugly, and I was just being a kid," he says. "It wasn't philosophical, I just bought this ugly thing and threw it down on the ground. The pieces I've broken since then have been accidental."

In 1996, he donated his collection, which then consisted of about 2,000 items, to Ferris State University, where it was stored in a single room and shown by appointment. In 2012, the museum's $1.3 million, 3,500-square-foot campus gallery was dedicated.

"These days, we are receiving so many pieces," says Pilgrim, who co-produced the 2004 documentary Jim Crow's Museum. "I think it is now true that we have more pieces in storage than we have on display, and we've made a commitment to build a new facility."

He has done a lot of traveling on behalf of the Jim Crow museum, but this is his first time in Little Rock. And, from the "it's a small world" file, there is a local connection.

Chester Bush, the son of Mosaic Templars of America co-founder John E. Bush of Little Rock, was one of the first black students at Ferris State, Pilgrim says.

"I thought it would be really cool to go to the home of one of our first African-American students," he says.