Going Downton: Series’ cast enlivened with a visit from King and Queen 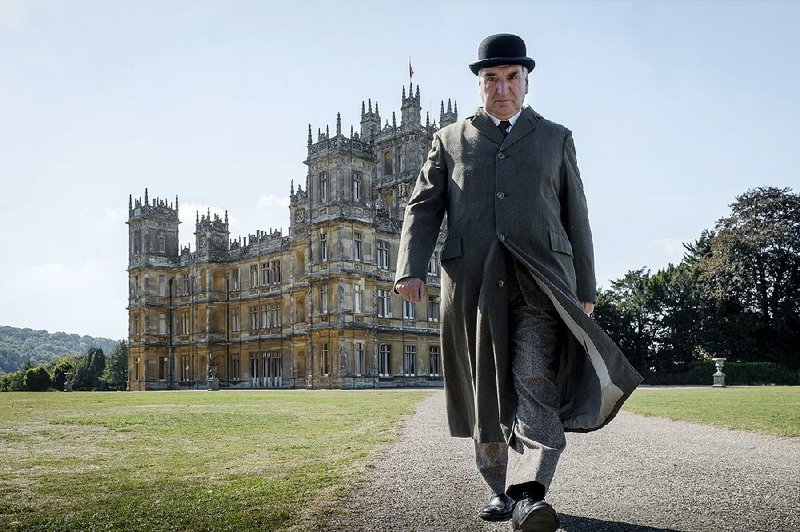 Mr. Carson (Jim Carter) comes out of retirement for one last big job in the big-screen adaptation of PBS’ highest-rated dramatic series of all time, Downton Abbey.

I must begin this review with a stark confession: I watched with limited amusement the first season of this BBC show, and part of the second, but I was soon overcome with what I perceived as the show's penchant for overripe melodrama (most of the second season, as I recall it, was shot after shot of elderly maids wringing their hands and saying "Poor Mister BATES!" over and over again), and dropped it completely. As such, I am, shall we say, decidedly not the target audience for this movie, which acts as a sequel -- and eventual sealant -- for the five-season run of the exceedingly popular TV show.

That being said, it does seem a worthy endeavor to determine if the film could possibly be enjoyed by nonfans (either viewers such as myself, turned off by the show's histrionics, or complete agnostics who managed to avoid the entire fracas in the first place), and that I can answer pretty succinctly: Not bloody likely.

Rating: PG, for thematic elements, some suggestive material and language

All the former elements are in play -- minus the various dead characters, who disappointingly, do not rise up from the grave to torture the surviving Crawleys -- including the grand Crawley estate, housing the sprawling family of an English Earl, Robert Crawley (Hugh Bonneville), his outspoken mother, Violet (Maggie Smith), and his American wife, the Countess Cora (Elizabeth McGovern), their surviving daughters, dashing Lady Mary (Michelle Dockery), and dowdy Lady Edith (Laura Carmichael), their respective husbands, Bertie (Harry Haddon-Paton) and Henry (Matthew Goode), and, of course, their widowed son-in-law and Irish national, Tom Branson (Allen Leech).

The conceit of the film, it's sole reason for being, it would seem, is that his highness, King George V (Simon Jones) and her ladyship, Queen Mary (Geraldine James), are set to visit Yorkshire, and plan on a brief stay at Downton as one of their royal stops. Naturally, this sends everyone into a frenzy of activity, including Lady Mary, who takes upon herself most of the organizing of this grand event. Soon enough, she loses faith in Barrow, and runs to nab their former head butler, Carson (Jim Carter) out of his vegetable garden in retirement, and back on the staff to help things run more smoothly, a fact that deeply pleases company man Carson, and sends the offended Barrow off in a tither.

As the highly anticipated event draws closer, the staff are crestfallen and offended to learn that the Court will be bringing its own staff, including a haughty French chef Courbet (Philippe Spall), smug butler Wilson (David Haig), and grating head housekeeper Mrs. Webb (Richenda Carey), which leads to all sorts of frictions and, an eventual insurrection among the help.

There are many, many more plot threads, naturally, including Violet's ongoing feud with a cousin (Imelda Staunton) now in the royal entourage, Tom's loyalties being tested, Barrow's self-discovery, and alluded to weddings, births, further courtships, and the fate of Downton itself.

As a TV show, by dint of its genre, scenes moved at rapid pace among the various batches of characters, and with nary a stray word or unexplained moment. With so many lives, reduced to such simplicity, it was all an episode could do to conclude one thing while laying the groundwork for the several other things that must naturally come after. You could imagine the expanse of cinema might allow TV series director Michael Engler, and screenwriter Julian Fellowes, who created the show, to allow more space between moments, giving the actors more of a chance to breathe life into their characters, and deepen one's understanding of them, but, instead, the pair have delivered what feels like a singular, lengthy TV episode, only one that must present its myriad plot complications and enact their solutions in one contained vessel.

Such solutions abound, en masse. By the end of the film, not a pebble has been left undisturbed, it would seem, as to the whys and whereabouts of all the show's characters. At one point, near the end, I actually laughed out loud when Daisy, engaged to the dusty Andy Parker (Michael Fox), spools out a full explanation for her earlier reticence with him, and devises a quick solution in the span of two or three breathless sentences. So taken with closing out every possible character's arc in the most optimistic of ways, it feels as if the film has four or five different endings before it alights anew on a different couple and the further resolution of whatever issue had befallen them.

So committed to this process is Fellowes, he creates a clunky device in order to achieve his aim: The denouement comes mostly during a triumphant ballroom dance scene, with the camera alighting on each whirling couple, allowing them their closing resolution together. It's efficient, I suppose, but drastically inelegant: It plays like a high-brow version of a Hee-Haw episode when the show would just cut between different pairs of characters telling awful jokes.

But in the interest of balance, and to speak more directly with members of the reading public who dearly love the series, I consulted my partner (herself a huge fan of the TV show, who breathlessly attended the press screening with me) to offer her assessment.

To her mind, it was mostly a Valentine bequeathed to itself. The characters, already obvious, were distilled even further down to their knobby essence (my adjective, sorry). She goes on to say if you hadn't watched the series, there's very little chance you will feel much investment in them. Beyond the fan service of providing uplifting endnotes to everyone, otherwise, the film is just about a royal visit.

She was more taken with a subplot involving a '20s-era gay bar (as with practically everything else in this movie, one that almost immediately leads to more plot contrivance), than I, but otherwise, she found it fairly dispensable, albeit enjoyable.

For my part, I wish they had included more of the dog. 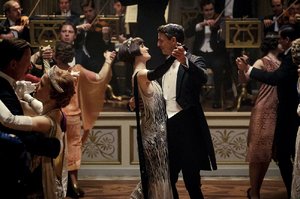