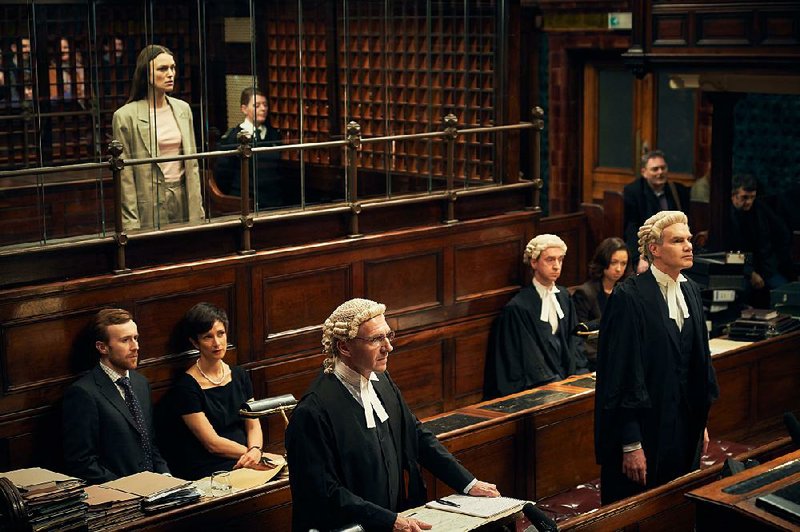 Official Secrets is a movie about real-life whistleblower Katharine Gun, a relatively low-level British Intelligence agent (she was a translator in the Government Communications Headquarters) who in 2003, a few months before the invasion of Iraq by a coalition of forces led by the United States, received an email sent from Frank Koza, the chief of staff at the "regional targets" division of the American National Security Agency.

The gist of that email was that the agency was looking for help in spying on the United Nations offices of six nations -- Angola, Bulgaria, Cameroon, Chile, Guinea and Pakistan -- that were considered swing votes on the U.N. Security Council that could authorize the invasion. The memo asked for help obtaining "the whole gamut of information that could give U.S. policymakers an edge in obtaining results favorable to U.S. goals or to head off surprises." Essentially, they were looking to blackmail U.N. representatives into supporting a resolution approving the invasion.

Gun was bothered by the memo, which she rightly assumed was illegal. So she indirectly leaked it to a friend with contacts in the news business. Weeks later she woke up to find the memo printed on the front page of The Observer newspaper. A few days after that, worried that her actions had placed her whole department under suspicion, she confessed to her superiors that she was the source of the leak. She was arrested, spent the night in jail and -- eight months later -- charged with breaking the Official Secrets Act.

Here, Gun is played by Keira Knightley, who takes pains to modestly deflect sainthood. Her Gun is an angry and earnest woman given to self-doubt and second-guessing; she half-believes her leaking the memo won't have any effect at all. She even seems to hope against hope that she'll escape the whole incident with a mild reprimand. She doesn't want to be a martyr -- as she shouts at the televised image of Tony Blair, she just wants the truth to matter.

How naive we all were 15 years ago.

We might hope that audiences would respond to a movie that's as careful and measured with the facts as Official Secrets is -- as far as I can tell, it's a faithful re-telling of what happened, a species of -- to use a term that feels both a little old-fashioned and dismissive -- "docudrama." But it's difficult to make journalism look lively and heart-pounding (though it has been done -- in All the President's Men and Spotlight and even in Steven Spielberg's less-effective The Post) and it's not hard to imagine viewers' attention wandering as the focus shifts to the band of bickering brothers over at The Observer, who include the detail-oriented Peter Beaumont (Matthew Goode), the bombastic Ed Vulliamy (Rhys Ifans), the dogged Martin Bright (Matt Smith) and their colorful, somewhat ethically challenged editor Roger Alton (Conleth Hill).

That said, there's a delicious and entirely credible (and entirely true) episode where the newspaper's reporting comes under question because of a minor edit introduced by automatic spellchecking.

The film's third act is dominated by the novel defense of Gun mounted by her barristers, the main one being the imposing Ben Emmerson (played with appropriate gravitas by Ralph Fiennes).

It should be said that all the actors -- even Ifans, who avoids lapsing into caricature, and especially Smith, who has a nice way of portraying men who seem perpetually up to something -- do well here. And the screenplay, by director Gavin Hood and the husband and wife team Gregory and Sara Bernstein, is responsible and economical in boiling down the complex issues the movie tackles. It's a fair, understated film about things we ought to care about.