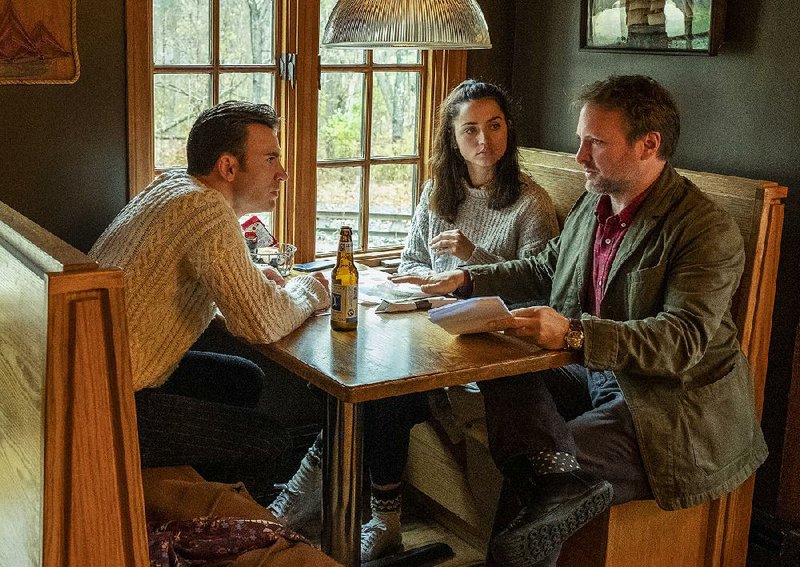 I was speaking with a colleague on my first day of the Toronto International Film Festival this year, as he was explaining how, just prior to the festival, he had undertaken a fast in which he ate nothing and just drank water/Gatorade for two weeks. It sounded incredibly difficult, but he explained the secret, which is, apparently after the first couple of days of hunger and yearning, your body re-adjusts and you no longer feel deprived. He said he easily could have gone longer if he'd needed.

That's a pretty good analogy for what it's like attending a film festival such as TIFF, which has such an overwhelming assortment of movies (333 features), parties, special events and so forth that you almost don't know where to start. On average, you're watching 4-6 movies a day, and standing in line a cumulative bunch of hours. The first day of screenings, my body reacts as if I were injecting it with a slow poison: My back hurts, my knees hurt, my concentration is scattered, everything seems to be too much, or not enough, and the lack of sleep -- both staying up late to write, and early the next day to attend a morning screening -- is daunting. On that first day, I can't imagine how I will possibly last the week.

But then, by day two, my body has adjusted accordingly: I look forward to each screening, I no longer mind eating a half-bag of mini-Kit Kats for lunch, sleep seems superfluous. Maybe that's the key to any such pressing endeavor: Having faith that your body will know what to do after you've requested it, and jump on in.

[NOTE: If you are tempted, do not emulate my friend's approach to fasting without doing due diligence for yourself. He researched the methodology meticulously before planning his fast, and it can be harmful, if not deadly, if you don't know what you're doing.]

At any rate, this year's festival was the usual assortment of sublime and subliminal, extraordinary and extemporaneous: Bring on the superlatives!

Most Honest Director: Noah Hawley, for Lucy in the Sky

It is common at the public premieres for the director to appear on stage beforehand to hype the film a little. Never have I heard a director disparage their own work at these moments quite like Hawley, a very successful TV producer, who admitted he had no idea if the film worked or not, told the crowd somewhat defensively that filmmakers work "just as hard" on "the bad ones as well as the good ones" and wasn't sounding sure he would ever be allowed to make another one. He wasn't wrong, I'm afraid. The movie, which stars Natalie Portman as a character based on the infamous Lisa Nowack, an astronaut who went to space and then came home and subsequently cracked up, is a flaming mess, but I appreciated his candor.

Did you know that recreational Cannabis is legal in Canada? If you didn't, it wouldn't take long for you to deduce. The wafting aroma of weed was in the air at almost every street and venue as the We the North-ers lit up and tuned out. No matter what time it is, it's always 4:20 in Toronto.

Most Fun: Knives Out

This Rian Johnson-helmed murder mystery earned some of the most adoring critical praise of the festival, and for very good reason. It stars Daniel Craig, Chris Evans, Ana de Armas, Toni Collette, Michael Shannon, Jamie Lee Curtis and a bevy of other talented actors who take turns chewing up the scenery, whipping barbs at each other from Johnson's sharp script and having a ball together in a film that gloriously subverts and exhorts its chosen genre. It's easily the most fun you'll have in a theater this year. It's slated to open Nov. 27.

Speaking of Knives Out, which has, as a sort of subtext, a critique of race and class (the murdered mystery novelist and his family are fabulously wealthy and mostly insufferable -- yes, even the liberal one -- whereas the nurse, played by the talented de Armas, the daughter of an illegal immigrant, suffers the family's indignities with grace and resolve), and it was far from alone in addressing the current political vibe in this country. The divisive Joker (see below), is all about a miserably poor, beaten down man who spurs on an anti-wealth movement that threatens to take over the City; Joon-ho Bong's Palme d'Or-winning Parasite, about a poor family who infiltrates the mansion of a very wealthy one, is also a commentary on the social fabric of the wealth gap. Filmmakers often mine the current political climate to engage with their audiences, if this festival was any indication, the rise of the economically downtrodden is nigh upon us.

It's common knowledge that big food corporations alter the formulas and ingredients of their brands in order to best fit the taste (and availability of ingredients) of the countries they sell in. But I'm not sure that explains why the formulation of Philadelphia-brand Cream Cheese is so different up north. It's less supernaturally smooth, with a more natural taste. I guess I prefer it, but I wonder what this says about Kraft's opinion of Americans. We prefer pudding to cheese? On the subject of wild American offspring, I was in the grocery and happened across a display of ketchup-flavored Doritos. They should just change the name of the flavor to "Whitest Possible Corn Snack."

Coming in, I was determined not to see this "anti-hate satire" involving a young German lad in WWII, who idolizes Hitler, even as his mother is hiding a young Jewish woman in the crawlspace, for all the obvious reasons: To my mind, it was either going to be maudlin and precious (Life Is Beautiful) or uplifting gibberish treacle, but what Taika Waititi has done here is vastly better and more effective than anything I imagined. Starring the precocious Roman Griffin Davis as the boy, Scarlett Johansson as his ma, and Waititi himself as Der Fuhrer (with a great turn by Sam Rockwell, as a jaded German captain), the film fairly dances across the razor-wire line between disastrous missteps, and positively sticks the landing (including closing with one of the better music cues of the festival). I had my serious doubts, but they were fully unwarranted: I'll never doubt Waititi again.

This one is pretty cut-and-dried: You either liked Todd Phillips' Scorsese-lite Taxi Driver appropriations, or you found them galling and unseemly for a billion-dollar franchise with many sequel aspirations. You can count me in the latter group, but no other film earned such widely divided plaudits ("JOKER isn't just an awesome comic book movie, it's an awesome movie, period." Tweeted IGN critic Jim Vejvoda from Venice) and stirring condemnation ("the movie is opportunistic, faux-nihilist, film-school male privilege one-upsmanship trash," ripped Times critic Glenn Kenny). The noise won't die down anytime soon: The flick opens Oct. 4.

This was a race almost too close to call between the Sandman, who only seems to make a worthwhile effort when so inclined, and Adam Driver, who brings it in every production he takes part in, but especially so in Noah Baumbach's scintillating Marriage Story (note the perfect synergy that Sandler himself was beguiling in Baumbach's The Meyerowitz Stories just last year). But credit due to Sandler, whose turn as the manic, ever-hustling Howard in the Safdie brothers' New York jewelers' drama, is the best work of his life. Howard is a fast-talking hustler and gambler, whose determination to put it all on the line -- even after being hung upside down out of a multiple-story window -- never wanes, and Sandler is absolutely pitch perfect. It plans a Christmas release date.

Well, if I can't reward her co-star, I can at least go ahead and give Ms. Johansson the nod here over Elizabeth Debicki's strong work in the excellent The Burnt Orange Heresy. Driver is known for his raw power -- it's not for nothing that he got such strong notices for his work on Broadway as Pale in Lanford Wilson's Burn This, the same role that met with similar praise for a young John Malkovich back in the '80s -- but here, matched up against him, she more than holds her own. The film eventually leads us to a powerhouse scene near the end where the estranged couple, stuck in litigious hell deciding the custody fate of their young son, finally let go their anger and hurt betrayal in a veritable gale of accusation and recrimination, and Johansson forever proves her mettle.

There were a lot of wonderful films at this year's festival, but Noah Baumbach's semi-autobiographical film about the horrors that befall a once-loving couple when lawyers take over as their mouthpieces and attempt to create winning "narratives" to woo a potential judge was the most powerfully beguiling of the bunch. From the aforementioned scope and power of its two leads, to the specificity of detail (the film begins with a recitation of the two characters of all the things they supposedly love about one another -- but which turns out to be lists assigned for them to write by their separation counselor), to the bevy of other winning performances (Laura Dern and Ray Liotta as the respective lawyers, for one example), the film feels like a master class in relationship politics. It opens Dec. 6.