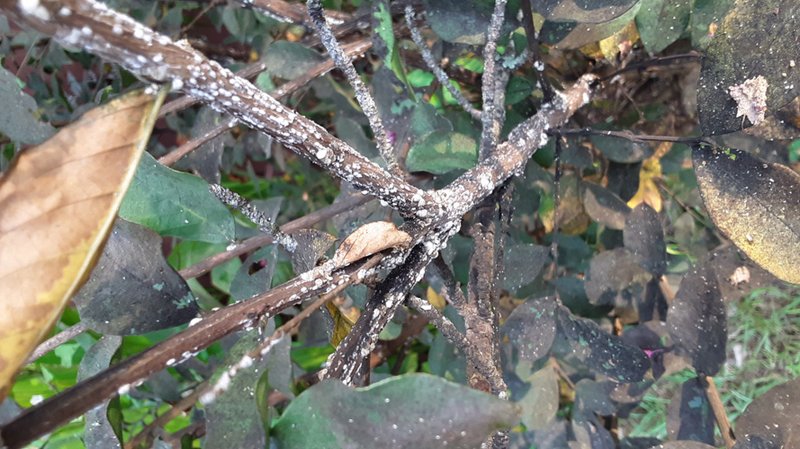 Q My crape myrtle has done beautifully for 22 years. I have not murdered it. This year I do not have any flowers, no buds appeared. What could cause this?

A Crape myrtles bloom best in full sun. Could the tree be getting more shade? Does the tree look healthy? Has it been putting on good new growth? Check the tree also for crape myrtle bark scale -- heavy infestations have affected bloom-ability. Crape myrtle bark scale appears as white specks on the trunk. Black sooty mold can form on the trunks and leaves. Investigate what is going on. You can also take a soil sample in to your local county extension office to see if there are any problems. That being said, crape myrtles are usually fairly tolerant of a wide range of soil.

Q We have five crape myrtles in our yard. We have never had any problem with the them until this year, on this plant only. This is our youngest plant, had been doing fine, then it has a lot of white stuff on it and leaves are turning black? We are not sure what this is or how to treat it.

A This is the crape myrtle bark scale. It is a terrible insect pest, and it can limit the flowering of the trees. It is a tad late in the year for insecticides to offer great control, but after the leaves fall off, a dormant oil can be sprayed on the trees, followed by a systemic insecticide in February or March. Here is a link to a fact sheet with more information: arkansasonline.com/420scale. 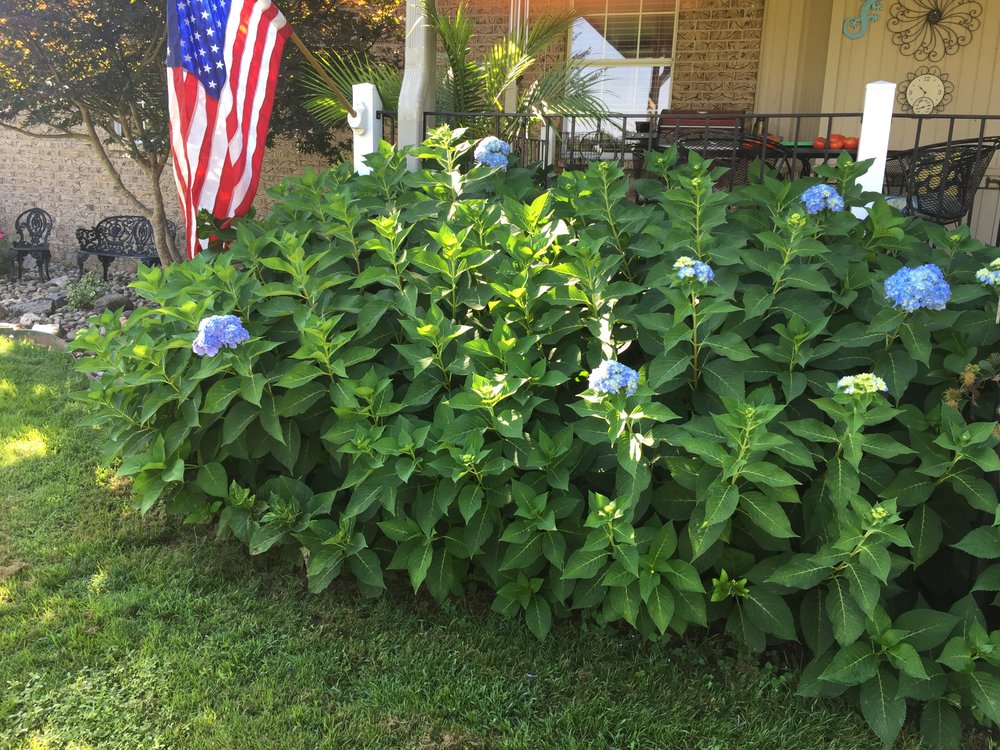 These "Endless Summer" hydrangeas appear to be expending endlessly. (Special to the Democrat-Gazette)

Q We have read and enjoyed your articles through the years in newspapers, magazines, online, etc. We need advice on how to control our "Endless Summer" hydrangeas. They are beautiful, but we do not want them to take over our covered deck. Our deck is three feet off the ground and our wrought-iron railing is three feet in height. Thank you for any advice on this matter.

A In central and southern Arkansas, we have had a few hydrangea-friendly years, without any winter die-back. This can be good and bad. Good because we have had loads of blooms, but bad because the plants have really grown large. If space isn't a problem, then rampant growth isn't a problem. If you have space limitations, then pruning is needed. Unfortunately, you have waited a bit late in the season to prune without cutting off next year's blooms. While "Endless Summer" does bloom on the new and the old wood, the largest flowers are born from buds formed on the old wood. Those flower buds are set now or will be soon. Next year, as soon as the first blooms are over, do some thinning. Take out up to one-third of the oldest, tallest canes at the soil line. If you still need to head some of the others back, that can be done, but those canes should continue to set flowers after bloom. If you get in the habit of doing this every year, you should be able to manage their size. 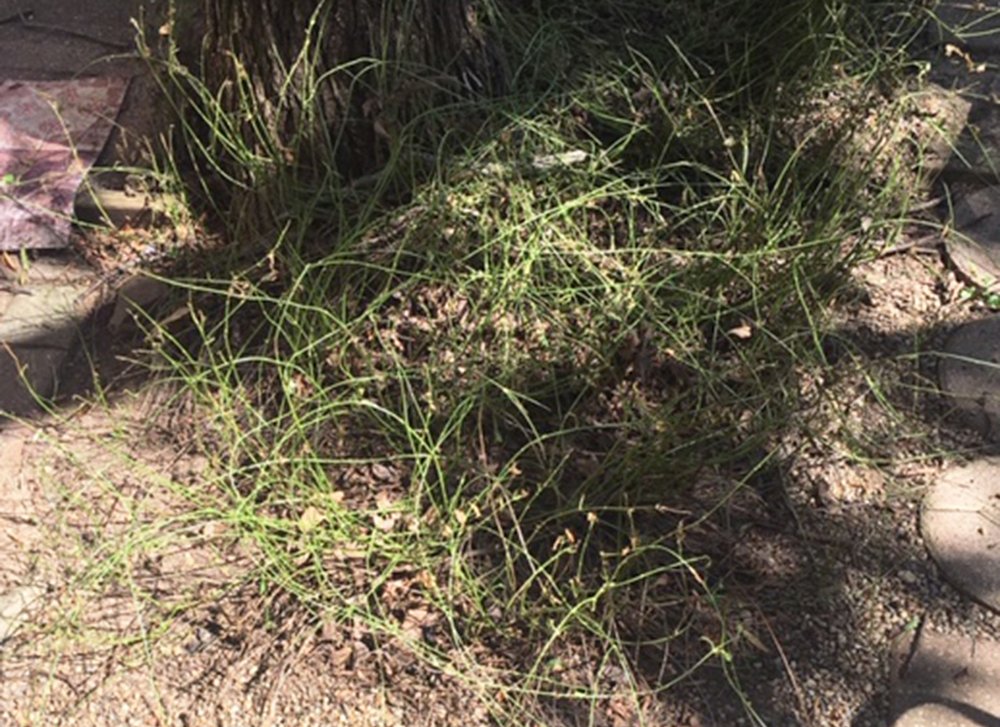 Something has denuded this patch of vinca. (Special to the Democrat-Gazette)

Q What happened? All of a sudden, my vinca ground cover, lost all its leaves. It has happened in various parts of my yard though not to all kinds of ground cover.

A Have you been watering? If not, the plants have gone into early senescence for winter. I bet if you gave it a good drink of water, you would see some new growth. The stems are still green, so I don't think you have lost it. Vinca major and minor are tough plants. The farther south you live in the state, the more invasive they become. If you have been watering, take a sample of the plant to your local cooperative extension office and they can send it to the disease diagnostic lab for analysis. The weather is extremely dry, and plants are suffering. Water is important as plants prepare for winter.

Proof that okra doesn't mind growing in a container. (Special to the Democrat-Gazette)

Q You may be interested in my okra story. Growing up on an Arkansas farm meant plenty of okra and most other fresh vegetables and fruits. We now reside in rather deep woods in Hot Springs Village. I cleared a small area in our backyard for various trees and shrubs. A few years later, I decided to try okra even though the ground was rocky and sunlight was limited. The okra flourished, producing an excess for us. Then one morning I noticed a couple of plants were damaged. The next morning all leaves were eaten and much of the stalks. Clearly deer. The next year I fenced the patch using old VCR tape, which was professed to be a deer repellent by an Internet contributor. Not so. Okra grew nicely until about knee high, then disappeared in one night. This year I decided to grow okra in pots on the deck. Clearly this procedure works as you can see from the attached photo, even though the plants are overly crowded. The taller plants are roughly 12 feet tall and still growing. They produce two to six blooms and pods per day. Thus far, we've harvested nearly 4 pounds. If I'm around next year I plan to grow plants, one per pot, and compare yield.

A Thanks for sharing. Rabbits got mine in the front yard, but we are doing nicely in the backyard and getting some each week. Okra does love hot weather.