It's loud, it's proud, and it's the signature event for Bikes, Blues & BBQ. But a Parade of Power isn't enough to entertain some 400,000 people for four days. So even in its 20th year, the Fayetteville motorcycle rally continues to add new entertainment -- and other organizations continue to piggyback on the big weekend.

Tommy Sisemore, in his fourth year as BBB executive director, says he counts on those auxiliary undertakings to do what Bikes, Blues & BBQ can't do alone.

WHERE — Centered on Dickson Street in Fayetteville

"It's hard for a nonprofit to put out the kind of money for headline acts," he says when asked to compare BBB to the Sturgis Motorcycle Rally in South Dakota, where this year's big names included Godsmack, George Thorogood & The Destroyers, Keith Urban, Styx and Snoop Dogg. "If we did that, we wouldn't have any money left over to give away. We're trying to be good stewards of our community and good stewards of this weekend we've been given."

Over the life of the rally, more than $2 million has been donated to local charities, Sisemore says.

"Not bad for a little rally that started out to fund Meals on Wheels."

Bikes, Blues & BBQ doesn't need to bring in a headliner when the Walmart Arkansas Music Pavilion in Rogers has that covered. Last year, it was Lynyrd Skynyrd. On Sept. 26, it's CMA Award-winner Luke Combs' "Beer Never Broke My Heart" Tour with the Cadillac Three, Jameson Rodgers and Dee Jay Silver. And it's sold out.

"So much of our booking at the Walmart AMP is dependent on the tour routing for each artist, and we don't have much control over that," says Jennifer Wilson, the WAC public relations director. "Of course, it's great when we can get a show to land during Bike, Blues & BBQ because it gives festival attendees and local residents more options for things to do."

Macy Brooks, however, thinks there's still room to expand on the music. Former proprietor of Buck Nekkid BBQ in Fayetteville, she's combined her expertise making dry-rub Texas-style barbecue with the idea that bikers need a friendly place to "stop and hang out" while they're out riding and created The Hideout at Turner Bend on Arkansas 23.

"An old friend suggested last year that we needed an all-inclusive campground like they have at Sturgis, so I'm trying to build up to that," Brooks says. "My goal is to have AC/DC or ZZ Top by year six. Last year, we served barbecue there and had a group of bikers who drove down the Pig Trail every day to eat with us. We want to create a place where they can feel welcome -- live music, some vendors, beer, barbecue, RV and tent camping -- and we're also helping raise money for the Shop With a Cop program in Frankin County."

The headliner this year will be the Otis Watkins Band from Oklahoma City, which recently played the Red River Memorial Motorcycle Rally in New Mexico.

Rogers Downtown Partners, also known as Go Downtown Rogers, an association of merchants in downtown Rogers, already has created a destination event to the north. Bikes on the Bricks is in its third year, and this year, organizers have stirred in the 5-year-old Frisco Inferno BBQ Competition hosted by the Rotary Club of Downtown Rogers.

"This year, the club asked RDP if they could bring the two events together since it was the same weekend as Bikes, Blues & BBQ," says RDP President Rick McLeod. "Coincidentally, Bikes, Blues & BBQ was also looking for a venue to host their annual barbecue competition, and they chose our event since it's already established. So for the first time, Downtown Rogers is also the official barbecue event site for Bikes, Blues & BBQ!"

Bikes on the Bricks, set for Sept. 28 in the parking lots bordered by Walnut and First streets in downtown Rogers, will also include a biker breakfast starting at 8 a.m., a vintage motorcycle show from 9 a.m. to 3 p.m., a beer garden from noon to 9:30 p.m. and live music from 7 to 10 p.m. featuring 90LB Wrench.

Bikes, Bulls & BBQ, on Sept. 27, is in its second year as an official rally event, and Sisemore says it's his favorite. As "an old rodeo guy," the idea of a bull riding event simply appealed to him, he explains. Again produced by Amped Up Pro Bull Riding, this year's competition will take place at 6 p.m. Sept. 27 at the Northwest Arkansas Riding Club adjacent to the Washington County Fairgrounds in Fayetteville. Tickets are $5 and include a post-show concert by Gus Robbins and Relentless.

New this year is the World Class Wrestling Association's "Rumble Road," set for 6 p.m. Sept. 28 at Baum Stadium in Fayetteville.

The WCWA formed in January as a wrestling school in Springdale, says founder and promoter Nathaniel Tatha-Nahandji, and started hosting shows in February. "Rumble Road" will bring to town the biggest names so far, he adds, among them Matt Sydal, formerly Evan Bourne from World Wrestling Entertainment; Juventud Guerrera from WWE; and WCWA trainer and pro wrestler Dusty Gold. 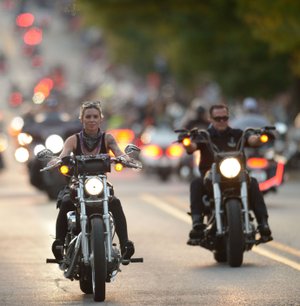 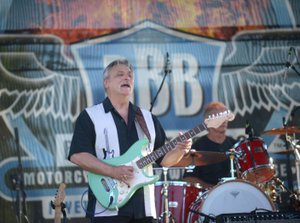 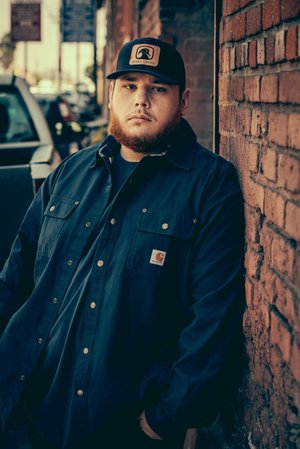 Courtesy Photo On Sept. 26, CMA Award-winner Luke Combs headlines the "Beer Never Broke My Heart" Tour with the Cadillac Three, Jameson Rodgers and Dee Jay Silver at the Arkansas Music Pavilion. While not an official Bikes, Blues &amp; BBQ event, the concert didn't have any trouble selling out.