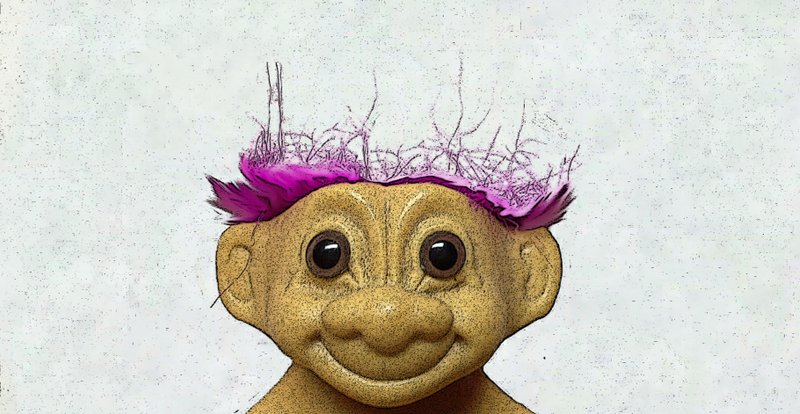 I'm a man and I will beat up anybody who tries to tell me I'm not a man just because my hair is thinning.

Like me, many of you have seen TV ads for regrowth systems and treatments for thinning hair. I'm not talking about those who go through cancer treatments and lose their hair. These ads target people who lose hair or get thin on top due to aging or genetics — or both.

These ads feature glowing reports from men about how much more masculine they feel after using the system. Or they feature the "before" guys who sadly say things like, "I didn't want my wife to leave me." Men have been made to feel less manly if they don't sport a thick head of hair.

It's often called male pattern hair loss but I've also heard male pattern baldness. According to the U.S. National Library of Medicine, it's the most common type of hair loss in men and is related to genes and the male sex hormone. It usually follows a pattern of receding hair and thinning on the crown.

Each strand of hair emerges from a tiny hole or cavity in the skin called a follicle. Baldness occurs when the hair follicle shrinks over time, resulting in shorter and finer hair. Eventually the follicle does not grow new hair.

But on the flip side, many women struggle with thinning hair, too. I reached out with questions to the University of Arkansas for Medical Science and got answers from Dr. Lauren Gibson, the chief resident who works in the department of family and preventative medicine.

Gibson says that, yes, there is also female pattern hair loss. While men tend to lose hair in a widow's peak receding pattern, women tend to lose in the front, center part of the scalp close to the forehead, the area known as "the bald spot."

Female hair loss can occur any time after puberty, but more often it happens after menopause. Because it's not as common as in men, there is not a significant amount of research or a consensus about what causes it.

There are many potential causes of hair thinning and loss aside from menopause.

The most common cause is telogen effluvium. It can be caused by diabetes, thyroid disorders, auto-immune diseases, nutritional deficiencies in calories, proteins, vitamins or minerals, smoking tobacco, excessive alcohol, illicit drug use and some medications.

But this is not an exhaustive list, there are many other causes. I get the impression that this type of hair loss can possibly go away or slow down.

According to The North American Menopause Society, thinning hair happens to about half of all women by age 50, while up to 15% of women begin to experience hair growth on their chins, upper lips or cheeks after menopause.

Hair changes are common during the menopause transition and post menopause. Many factors, including hormonal changes, genetic predisposition and stress, can contribute to midlife hair changes. Along with telogen effluvium, there is also something known as androgenetic alopecia. "Alopecia" means baldness, but it does not have to be complete hair loss. It is seen as hair thinning predominantly over the top and front of the head, affects approximately one-third of all susceptible women and is most commonly seen after menopause.

It has been said that the increased ratio of androgen to estrogen during the midlife transition can influence hair changes.

There are treatments. Topical minoxidil is an FDA-approved, once-daily treatment found in most over-the-counter hair regrowth shampoos.

For those whose hair loss may be caused by underlying illness or other problems, treatment of the problem is the first line of defense.

The bottom line, Gibson says, is that if a woman is concerned by hair loss, she should talk to her doctor first. Together they can evaluate the pattern, gather a history and perform a physical exam, and if needed, evaluate for any underlying causes.