• Brian Grazer says that if it weren't for Eminem making eye contact with him during a tense meeting a few years ago, the film 8 Mile probably wouldn't exist. Getting people to set aside their phones and engage one another and meet eyes has been a priority of late for Grazer, the Oscar-winning producer behind films such as A Beautiful Mind and Apollo 13. It's such a priority that Grazer wrote a book about it. In Face to Face: The Art of Human Connection, Grazer gives an account of an initially disastrous first meeting with Eminem. "I could not get his attention, even though he was there to talk to me," Grazer recalled in a recent interview. "He just wasn't connecting. And, eventually, he just -- and I'm pretty good at creating conversation -- and he just eventually said: 'I'm out. I'm leaving.'" Grazer urged the Detroit rapper to "animate," which initially got a disapproving response. "But then he eventually turned back and we had a conversation and he really looked at me with tremendous eye contact and we really connected on a human basis and he got very involved. And, somehow, he came to life and he told the story of his life and how he ended up in this particular place right now, or achieved this particular place. And that became the basis of our entire movie. So without that, there would be no movie of 8 Mile." Grazer's company, Imagine Entertainment, co-founded with director Ron Howard, would go on to produce the blockbuster 8 Mile, starring Eminem, which is loosely based on the rapper's life story. Face to Face includes other Grazer encounters with a variety of professionals, including Microsoft co-founder and billionaire philanthropist Bill Gates; former President Barack Obama; and Jonas Salk, developer of the polio vaccine.

• The former chief makeup artist at Charlie Rose's interview show is suing him, saying the television journalist ran a "toxic work environment" for women. Gina Riggi said in the harassment lawsuit filed last week that she worked for 22 years for Rose and for Bloomberg, the company where his Manhattan studio was located. She lost her job in 2017 after Rose was fired by PBS and CBS News over sexual-misconduct allegations. Her lawsuit seeks unspecified damages "and equitable relief for the harm she has endured," it says. Riggi says Rose treated his studio as a sexual hunting ground for attractive young women. She says he groped female staff members, stared at their breasts and dangled job prospects to wine and dine women. Rose's attorney, Jonathan Bach, did not immediately return messages seeking comment. But he told Variety that Rose denied the allegations and would vigorously contest them. 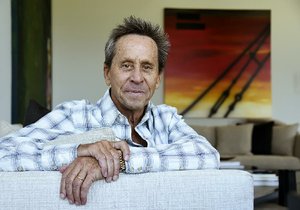 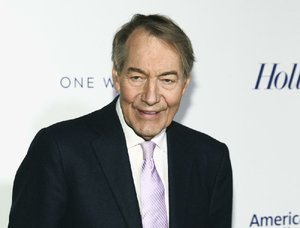