'Italian Mob' wines worth checking out 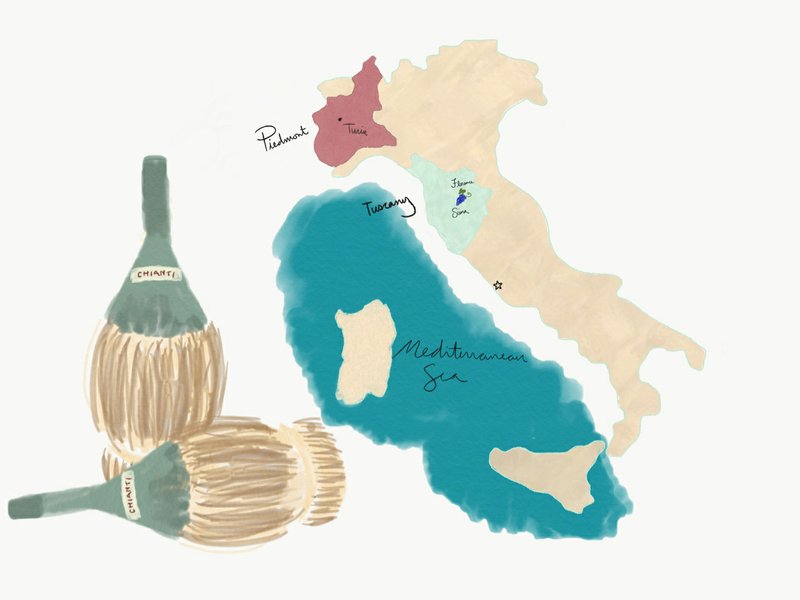 Sangiovese, Nebbiolo and Barbera are sometimes referred to as the "Italian Mob of wine."

They earned this reputation because of their dominance in the Italian wine industry. And they are three grapes that wine drinkers should get to know. I think many wine consumers stick with familiar grape varietals such as cabernet sauvignon and pinot noir because they simply don't know enough about many old-world wines to understand their allure.

Sangiovese is probably the most familiar among the three because it is the backbone of Tuscany's famed Chianti. We have all seen Chianti's hallmark raffia-covered bottles sitting on restaurant tables around the world. In the past, the grapes were grown either haphazardly in random vineyards or for a large-scale production with cooperatives. Today, many Italian producers have placed emphasis on growing Sangiovese with care making it at its best: brilliantly concentrated with spiced plum, black cherry and an integrated spice. Simply said — a beautiful wine.

Nebbiolo, the famous grape behind Barolo wine, is grown in Italy's northwest region of Piedmont. When compared to other grapes in this lineup, it is by far most renowned for making aggressive, highly tannic red wines with alluring aromas and flavors — floral, roasted meats and spice. Sommeliers enjoy describing this wine as "a little bit of tar and roses all in one glass."

Most people talk about Barolo wines of Italy but when it comes to everyday drinking wines for locals, Barbera fills most glasses. Also at home in Piedmont, Barbera is similar to Nebbiolo but with less assertive tannins.

This grape has a unique intermingling of flavor described as rich taste but yet a lighter-bodied style than expected. The reason is the dark stained pigments of the grapes making the wine almost black. But the taste is generally light with bright fruits like strawberries and cherry. Despite its deep color and rich body, Barbera's lighter tannin structure and high acidity make an easy-to-drink, approachable wine.