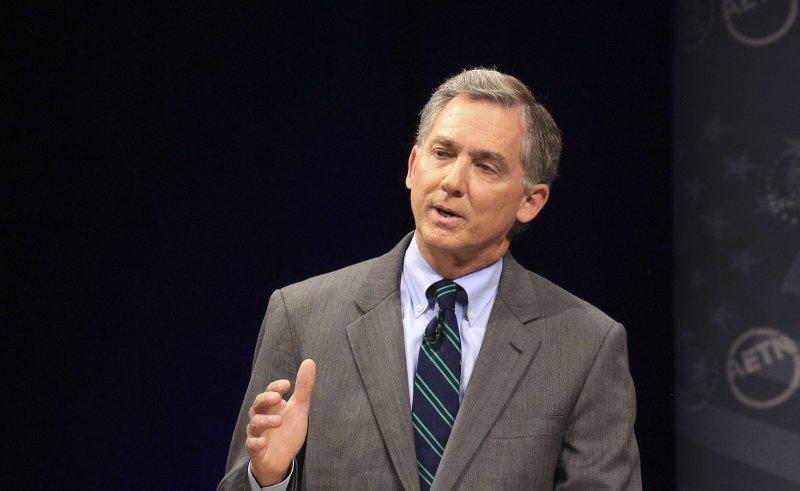 WASHINGTON -- Nothing in the memo that the White House released Wednesday has changed their minds about the merits of an impeachment inquiry pertaining to the president, several members of the all-Republican Arkansas congressional delegation said.

The White House released a memo about a telephone conversation that President Donald Trump had with Ukraine's president. In that conversation, Trump discussed military aid to the country and asked Ukrainian President Volodymyr Zelenskiy to investigate Joe Biden, Democratic presidential candidate and former vice president, and his son, Hunter Biden, who had business dealings in that country. U.S. House Democrats decided to investigate what Trump said.

"I didn't see anything in there that was a quid pro quo, that would say, 'Either you do this, or I'm going to do this,'" said U.S. Rep. Steve Womack in an interview. "Based on what I saw in the transcript, I would say it's a stretch for the other side to believe they've got something that could lead to high crimes and misdemeanors on the part of the president."

The Republican from Rogers defended the president's decision to ask the Ukrainian leader about the business dealings of Hunter Biden.

"The reference made to Biden I thought was a reasonable reference," Womack said.

"There was no quid pro quo in the conversation, there was no call for him to investigate Joe Biden," Crawford said when reached by telephone.

Asked whether the president's comments had been appropriate, Crawford said: "I don't know that I would have taken the conversation in the direction that the president did, but I also don't think that there's anything [in the record] that you could even remotely consider as an impeachable offense."

Crawford portrayed this week's developments as just the latest Democratic salvo in a three-year campaign to discredit the president.

"I just think they're making way too much out of this, but if that's the route they want to go, that's their prerogative," he said.

Ultimately, Trump's fate should be decided by American voters, he added.

The reconstruction of the phone call, typically based on notes compiled by those who were present, shouldn't have been released, U.S. Rep. French Hill of Little Rock said in an interview.

"I didn't find the transcript particularly compelling to the Democrats' case. I do regret that we're releasing transcripts of calls between foreign leaders and our president. I don't think that's good policy," Hill said.

Hill said, "It just appears to me to be more of the same; a politicization of the process to try to make things as difficult as possible for Donald Trump politically."

In an interview, U.S. Sen. John Boozman of Rogers said he was "disappointed" by the "sad" Democratic attacks.

He also criticized the timing of the Democrats' impeachment inquiry, noting that it came before the whistleblower had appeared before Congress and preceded release of records related to Trump's phone conversation with the Ukrainian president.

"It almost seems like the Democrats have been trying to impeach the president almost [since] before he was elected. It's just been one thing after another," Boozman said.

Asked whether it was appropriate for a president to seek an investigation of his political opponents' relatives, Boozman said there are unresolved questions about Hunter Biden's Ukrainian business dealings.

"What we need to do is go further and get to the bottom of all of this. Then we can make an informed decision," he said.

In a written statement, U.S. Rep. Bruce Westerman of Hot Springs said reality is "much less dire" than the Democrats claim.

"I've read the Ukraine transcript and don't think it's the smoking gun Democrats expected it to be," he said.

U.S. Sen. Tom Cotton of Dardanelle was not available Wednesday to answer questions about the memo, said his spokesman, James Arnold.

"How can we be asked to ignore the President using the power of the office to advance his campaign or personal wealth?" Gray wrote. "This isn't about party, it's about country."

Gray suggested Republicans have a double standard when it comes to Trump. 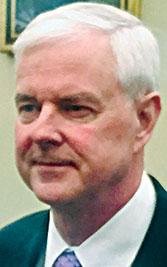 Photo by Democrat-Gazette photo
U.S. Rep. Steve Womack is shown in this photo. 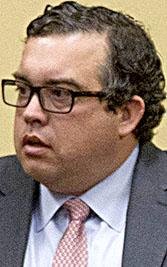