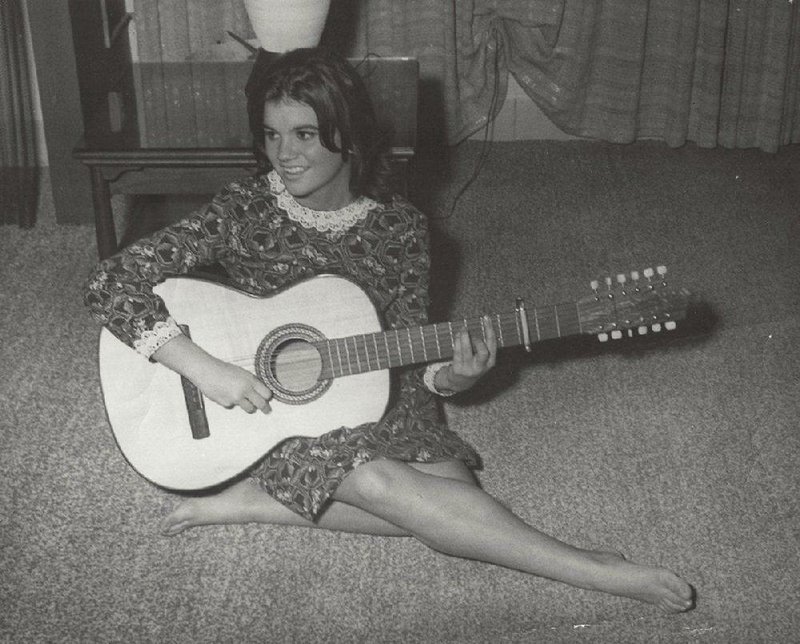 “Take this child, From Tucson, Arizona. Give her the wings to fly through harmony. And she won’t bother you no more”: A young Linda Rondstadt strums a 12-string guitar in her childhood home.

Linda Ronstadt: The Sound of My Voice, a documentary directed by Rob Epstein and Jeffrey Friedman (The Times of Harvey Milk, The Celluloid Closet), is worth hearing, if only because it is true to its title.

Though Ronstadt appears outside of archival footage only briefly at the beginning and ending of the film -- which avoids any deep exploration of the singer's biography and psychology -- it allows us the opportunity to luxuriate in that remarkable voice, both in unbound vocal performance and tidy narration.

Like a lot of enjoyable music documentaries, the movie isn't exactly hard-hitting, instead affirming the validity of decades-old crushes and the power of song.

As Dolly Parton giddily exclaims, "Linda could sing everything!" and in doing so she made heroes out of her songwriters, out of Jackson Browne and Warren Zevon and JD Souther, and when she went on stage in that Cub Scout uniform she confused a lot of hale young men, doing something something for androgyny that David Bowie couldn't begin to do.

The doc elides the nasty incident where Elvis Costello allegedly called her cover of his song "Alison" a "waster of vinyl." Ronstadt said at the time she never communicated directly with him about that; she sent him a note asking him to send her more songs and to "just keep thinking about the money."

He sent her "Talking in the Dark," which she recorded, along with his "Party Girl" and "Girls Talk" on her 1980 album Mad Love. It might have been interesting to hear what Costello, who seems to have mellowed into a fine gentleman, might have had to say about that. I bet he regrets it, if he ever said it. (After all, he regrets what he said about Ray Charles.) But the documentary doesn't go there.

It doesn't get much into her politics, though her longtime relationship with Jerry Brown is mentioned. Her family is glimpsed, but just barely. Some old lovers appear on camera -- to talk about her voice.

While all the places the documentary doesn't go might be considered a weakness, it does take us on a rich, nostalgic journey that will be received as a bittersweet valentine by old fans and might introduce newbies to a remarkable artist who refused to stay in her lane.

Ronstadt was, like Sinatra and Elvis, an old-school singer who interpreted material written by others, and as such some might be tempted to consider her less important than the singer-songwriters whose work she made famous.

But the concert footage here -- as well as the record charts of the '70s and '80s -- tell another story. As Bonnie Raitt suggests, Ronstadt was "Beyonce before Beyonce," an artist who used her commercial power as a tool. And while she could have continued to churn out pop/country/soul hits, Ronstadt was determined to follow her instincts and sing what she wanted to sing.

This led her to experiments with operetta and the traditional Mexican music that was part of her Tucson, Ariz., childhood. (In 1987, she recorded Canciones de Mi Padre, the biggest selling non-English language album in American record history.)

She performed Gilbert & Sullivan, she sought out Sinatra's arranger Nelson Riddle to record torch songs. She collaborated with Parton and Emmylou Harris on a series of country albums.

While I'm not sure that Ronstadt could really sing anything -- she did tend to denature the venom of the Costello songs she covered -- the documentary makes a strong case for her as an underrated superstar.

And it poignantly reflects on the irony of Ronstadt losing her voice to Parkinson's, though the movie ends with a sweet scene of her softly singing Mexican songs with family in her living room. It's not really singing, she explains.

Of course it isn't, by her standards. But then she says she didn't really know how to sing when she was belting out all those hits and making all that money and raising all those profiles.

There's plenty here that suggests Ronstadt is an intelligent perfectionist who never bought into the rock 'n' roll lifestyle or thought too hard about the image the record company was selling. That she was sort of a nerd.

That's the biggest revelation this warm bath of a movie has to offer. But surprises aren't everything. 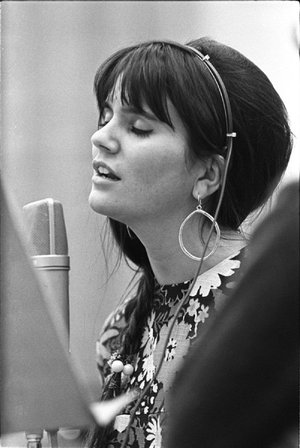 Love will abide: The often-discounted gifts and curiosity of the biggest female pop singer of the ’70s are celebrated in the tender documentary Linda Rondstadt: The Sound of My Voice.

Print Headline: Linda Ronstadt: The Sound of My Voice