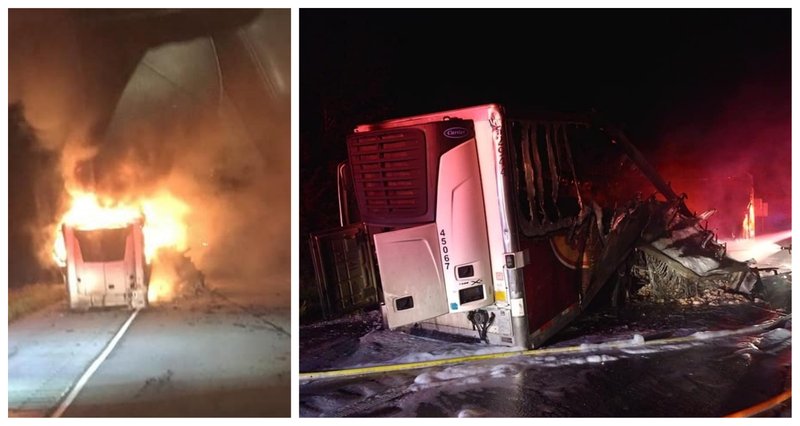 A tractor-trailer hauling 38,000 pounds of raw Tyson chicken caught fire early Friday morning on Interstate 40, blocking all the interstate's westbound lanes for a time, according to the Ozark Fire Department.

Fire Chief Nick Trotter said the driver was able to disconnect the tractor from the trailer and was not injured. No other injuries were reported either.

The department responded to the call just after 3 a.m. near exit 37 on westbound I-40 in Franklin County, Trotter said. The driver told firefighters he had seen sparks coming from the back of the trailer and then the tires caught fire.

Trotter said he could not confirm exactly what caused the fire, but he said it is common in commercial vehicles for brake failure to cause excessive heat that leads to tire fires. 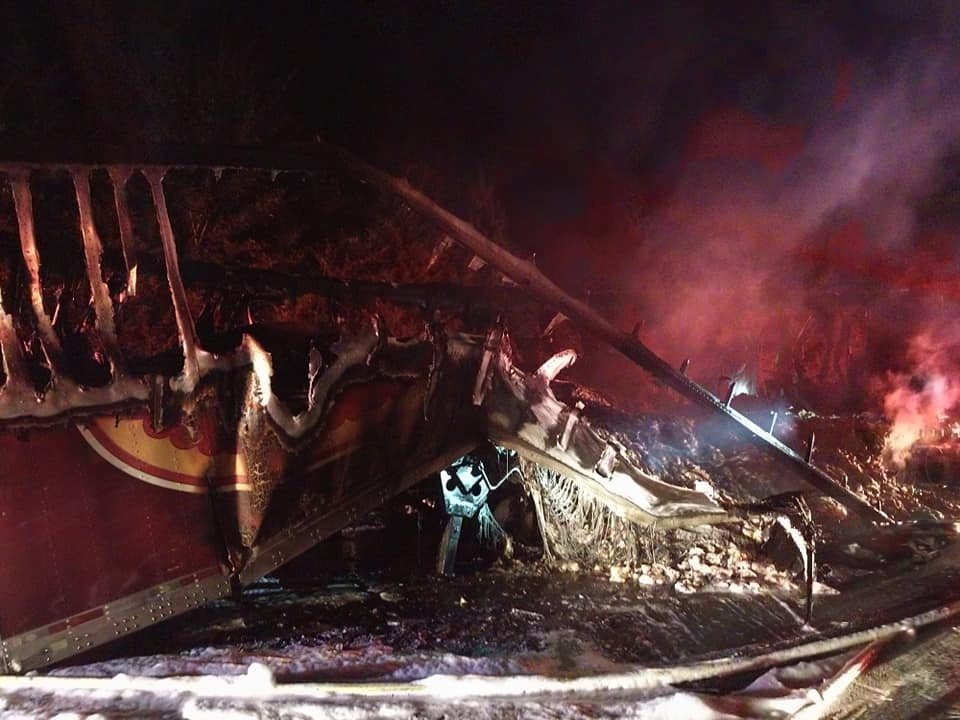 Damage from a tractor-trailer fire Friday in Ozark.

The fire blocked all lanes of westbound I-40 in the area for a period overnight, according to the Arkansas Department of Transportation, while firefighters contained the blaze.

Trotter said the incident is not under investigation because it was not suspicious.