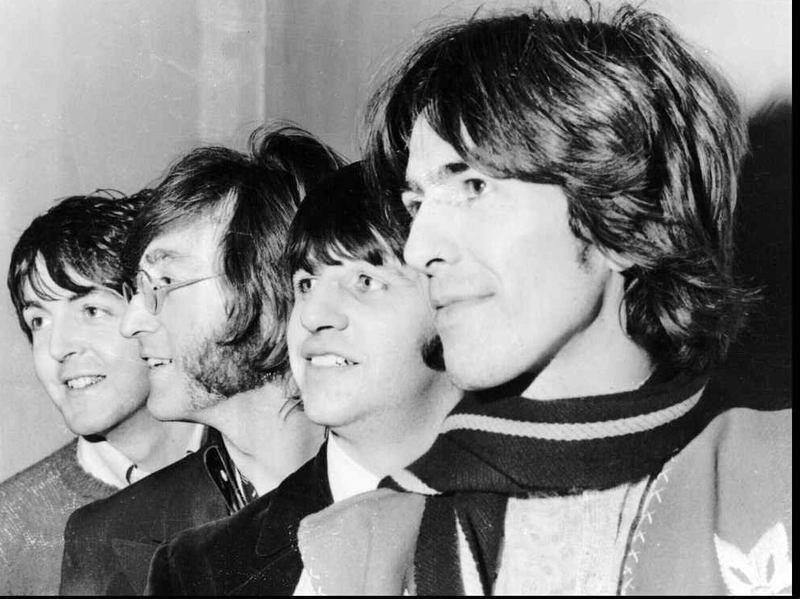 You already know if you want this. But I will tell you the new Giles (son of George) Martin mixes are refreshing and dynamic, shifting the emphasis toward drums and bass and that the two "sessions" CDs are more interesting than these deep-dive extras usually are (though not as compelling as the "Esher Demos" included on last year's similarly deluxe The Beatles The White Album package).

There are many ways to consider these new offerings, and the first question is whether we need another version of Abbey Road. Of course, we don't, though there are plenty of reasons to want to hear this version. While it has been released before, it's instructive to hear Paul McCartney tracking the demo for "Come and Get It," which would become a hit for Badfinger (but was actually intended for the Beatles). Plus it provides us with a convenient peg for thinking about music we've lived with for decades. (Has a week gone by since 1969 when I haven't heard at least a snippet of a song from Abbey Road?)

A friend of mine has a simple system for filing away what he still calls his "records," though most of them are now on compact disc (he has not, and probably never will, embrace disembodied digital signals as being his music). He does not sort by genre, artist and/or by year of release, but merely keeps them in the order in which they were acquired. He tags each recording with the date he brought it into his collection.

Having done this for, say, 50 years or so, the result is a timeline of his evolving tastes which might be segregated into eras. He can look back and visually apprehend the summer he got deep into Coltrane. He can cross-reference his musical adventures with other important dates in his life. This is what he bought right after he graduated from college; this (Squeeze's Cool for Cats) is what he was listening to when he met the woman who would become his wife.

It's not a perfect system. Everyone has CDs they've played once and forgotten; these mistakes and impulse buys take up just as much space on the rack as Astral Weeks. But it's better than the clinical alphabetical-by-artist-by-release-date filing system I adopted early on -- wouldn't it be nice to flip through a crate and go back in time?

While it's too late for me to reconstruct my own chronology, my first records were those I borrowed from my parents -- Marty Robbins and Elvis Presley and Patsy Cline. I remember one Christmas unwrapping a copy of Simon & Garfunkel's Wednesday Morning, 3 a.m. While I am almost certain that the first album I ever bought for myself was Creedence Clearwater Revival's Cosmo's Factory soon after it was released in July 1970. I had in my bedroom a Motorola suitcase turntable and brass wire rack with a few albums I claimed as mine by the summer of 1967.

And like everyone else in my demographic cohort, I was thoroughly Beatles-struck. I remember spending after-school afternoons discussing the lyrics that were plainly printed on the sleeve of Sgt. Pepper's Lonely Hearts Club band with a friend who interpreted every song on the album as coded pornography. His exegesis of "Being for the Benefit of Mr. Kite!" -- a song which took most of its lyrics from a 19th-century circus poster -- was particularly filthy and silly and will make a memorable scene in my screenplay about pop-culture-obsessed 9-year-old boys in the late '60s. (But then the BBC banned that song because it referred to "Henry the Horse," which they claimed was an obvious reference to heroin.)

Still, to the extent I understood the Beatles at all, I understood them largely as characters in a Saturday morning cartoon show, where the guy (Paul Frees) who supplied the voice of Boris Badenov in Rocky and Bullwinkle did John and George. British comedian Lance Percival did Paul and Ringo. The accents were all wrong -- the show's American producer decided that the band's Liverpudlian accents would be too difficult for the young intended audience to understand, so the voice actors adopted generic "tally ho" accents. In the show, John was the dominant personality, Paul was his lieutenant and George and Ringo were subordinates, and they still dressed in their Fab Four era matching outfits.

While the band evolved dramatically from 1962 to 1970, the cartoon series, which ran from 1965 to 1969 (with new episodes only being produced for the first three seasons) were necessarily static, producing a kind of cultural whiplash in those of us caught between the worlds of Saturday morning cartoons and rock 'n' roll as cultural practice.

On the one hand, John Lennon was expressing dismay that his band had become "more popular than Jesus" (I wouldn't read the stunningly good interview that Maureen Cleave conducted with 25-year-old Lennon for the London Evening Standard from which the quote was harvested until after Lennon was dead); on the other, they were still leading singalongs of "Mr. Moonlight" on ABC.

Abbey Road was a confusing album to me. I didn't get a copy of it until a couple of years after it came out, and I bought it to fill in after I'd bought several other Beatles albums I thought more important at the time -- albums like Revolver and Rubber Soul. Not knowing all the drama surrounding the band at the time, I couldn't easily place it in the groups' evolution. I had a difficult time reconciling its musical complexity with the rawness of the problematic, overproduced Let It Be -- the bulk of which was recorded before Abbey Road. But Let It Be was not released until eight months after Abbey Road and after McCartney announced he was leaving the band. It didn't sound like Sgt. Pepper's Lonely Hearts Club Band or Yellow Submarine or the White Album either. There was something very grown-up about it even if a lot of the songs seem lyrically slight. I have a distinct memory of uneasily sliding it in between my copies of The Beatles (White Album) and Let It Be, though I felt it didn't really belong there.

I was right. Abbey Road was a kind of Indian summer for the Beatles, one last golden moment.

The breakup of the Beatles was traumatic -- I hadn't really known a world without them. Looking back, it's clear that they were a relatively brief phenomenon with a core catalog, recorded between 1962 to 1970, of 213 songs. All in all, they released about 10 hours' worth of music in the years they were together.

A lot of those Dylan songs are relatively obscure; a lot of the Elvis songs are contractually obligated filler. As great as they were, there are plenty of grown-up Americans who have never heard of The Band. But most of us know most of those Beatles songs by heart.

This familiarity works for and against the Beatles; earlier this year the Danny Boyle-directed film Yesterday imagined a world in which only one singer-songwriter remembers the Beatles and their songs. This turns out to be a boon for him, as he claims the Beatles compositions as his own and becomes the world's most popular entertainer. But he feels bad about this, which sets up the inevitable uplifting ending.

But the thing is, even though Himesh Patel, who plays Jack Malik in Yesterday, does a credible job of playing a singer-songwriter, his versions of the songs can only feel like pale imitations of the originals. Because even though the imaginary people in the movie have forgotten the songs, we haven't forgotten them. And, if we are of a certain age and have formed certain associations with those songs, whenever we rehear them, certain bells are rung within us. Listening to an old song can be like taking a core sample of your soul.

Abbey Road, which was released in the United States 50 years ago Tuesday (it was released in the U.K. five days earlier), drills deep into those of us who were around and paying attention back then. I remember it synesthetically, as a kind of glowing golden brown throb. From McCartney's growling yet melodic bass line on "Come Together" (Abbey Road has to be one of the all-time great bass records) to the unresolved pulled-plug abruptness that ends "Your Majesty" (23 seconds of McCartney's light acoustic busking), the record feels like an integrated work.

This is partly because of conscious decisions by the band members -- after the divisive trauma of the Let It Be sessions, McCartney managed to get them back together for one more try at being a band, under the supervision of their old producer George Martin -- and partly the result of accidents.

"Her Majesty," for instance, which turns out to be the perfect, slightly cheeky and self-deflating career closer, wasn't supposed to be included on the album but was spliced onto the end of the tape by engineer John Kurlander who was operating under orders not to throw anything away. They liked how it sounded, coming 14 seconds after the end of "The End" (which offered its own dippy epitaph to the band's career, something about the love you take being equal to the love you make) and left it on.

Lennon didn't like McCartney's "granny songs" like "Maxwell's Silver Hammer" (which might be the worst Beatles song you've ever hummed along to); McCartney and Martin wanted to continue the orchestral experiment they'd begun with Sgt. Pepper's Lonely Hearts Club Band and George Harrison emerged as a strong songwriter, contributing what are arguably the album's two best tunes, "Something" and "Here Comes the Sun."

And Ringo Starr has a drum solo, the only one he ever recorded as a Beatle, in "The End," which sounds like it was intended as a goodbye. Fifty-four seconds into the song McCartney, Harrison and Lennon begin to trade off guitar solos. The Beatles feel more like a band here than they did on the rooftop concert they'd played for the cameras a few months earlier.

Abbey Road was not my first Beatles album; but in the end, 50 years on, it might be my favorite.

Print Headline: Down memory lane, by way of Abbey Road