From Montreal to Quebec

I think we were all happy to leave the traffic and hustle and bustle of Montreal for a slower pace in Quebec. Our first stop was not too far from Montreal and one of our favorite stops--a fabulous hydroponic garden, florist, cafe, gift shop called Rose Drummond. 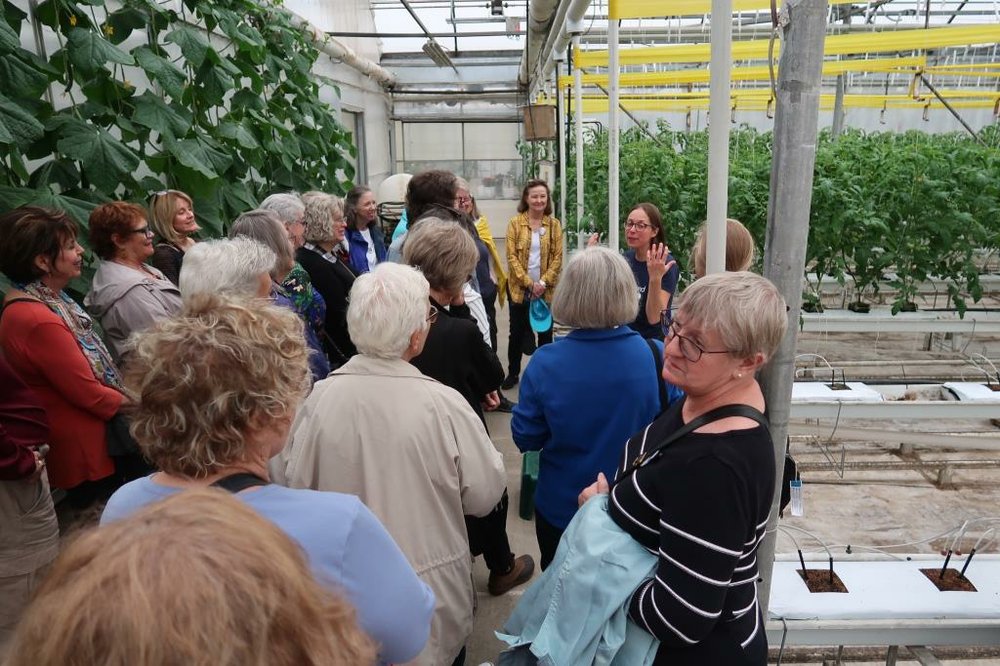 Rose Drummond began in 1996 mainly as a hydroponic greenhouse producing roses for the florist trade. 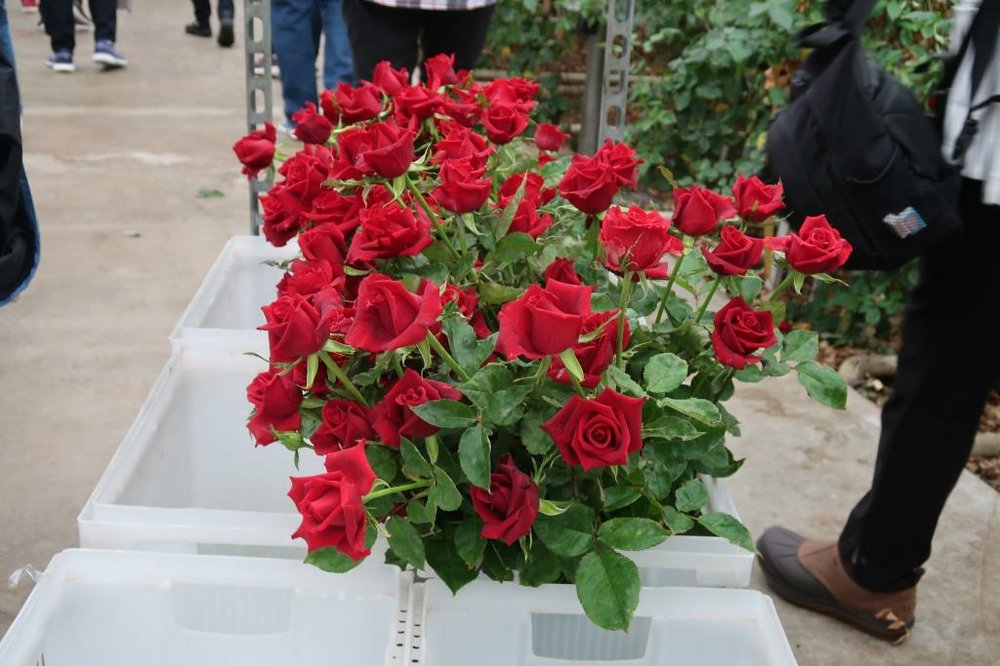 They expanded their line and also grow gerbera daisies 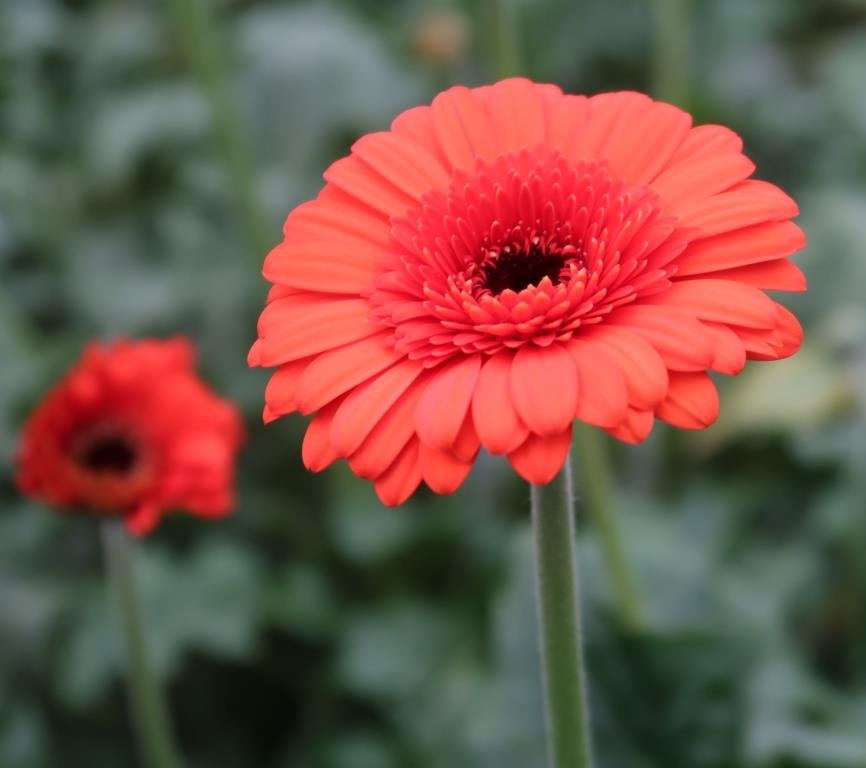 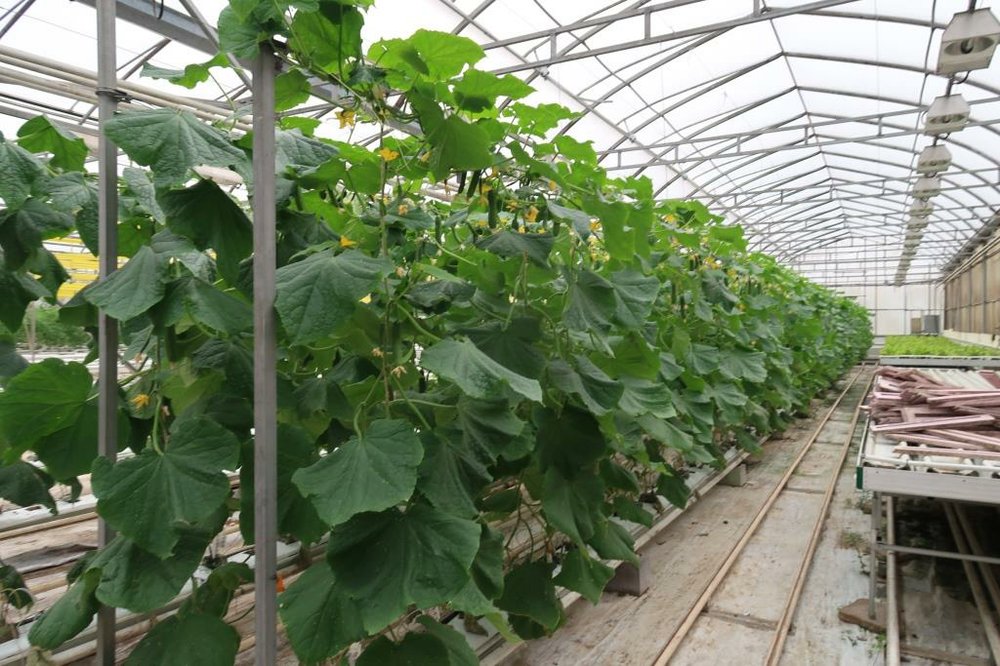 The second generation of the family, daughter Amelie and her husband took over the reins in 2012 and have made some changes, adding more gardens outside where they are growing produce for their delicatessen called the Rose Cafe. The surrounding store sells local products from 80 producers and had some unique items. 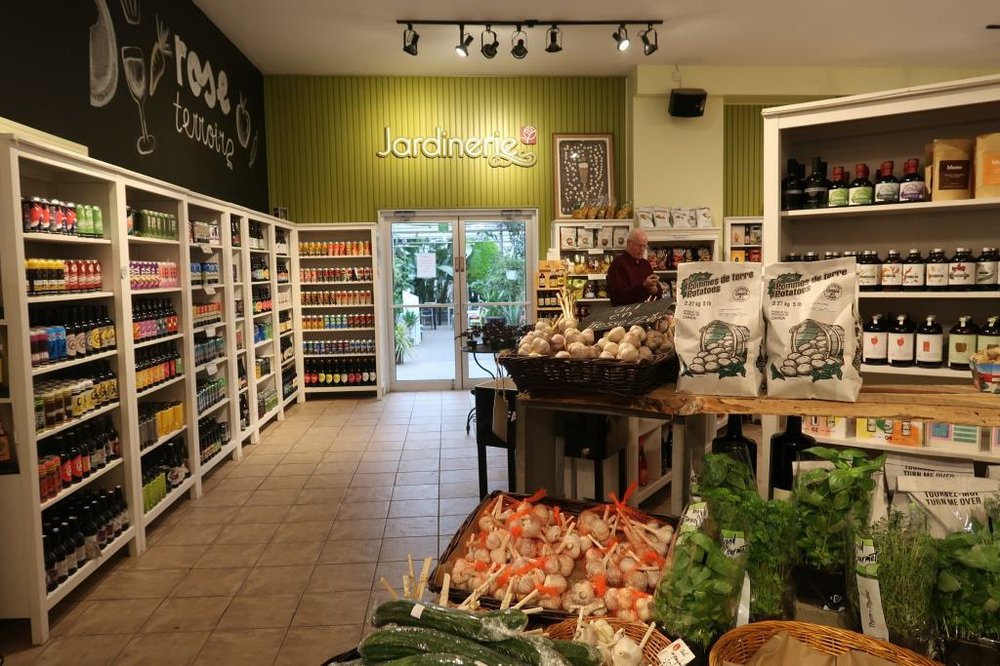 They are also a full service florist. 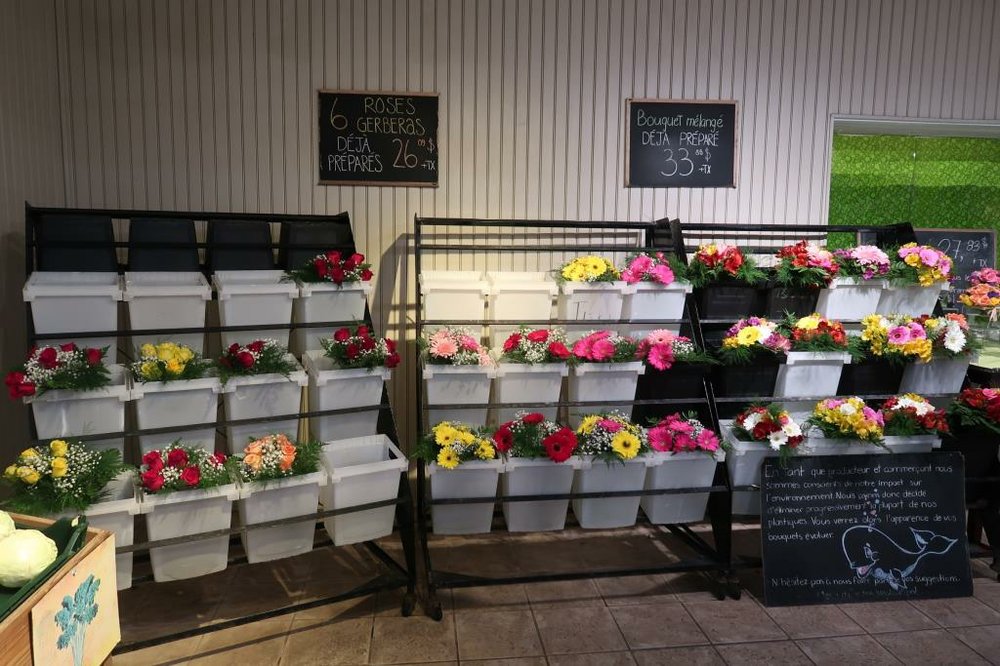 They are busy people! We had the pleasure of having Amelie lead our tour. 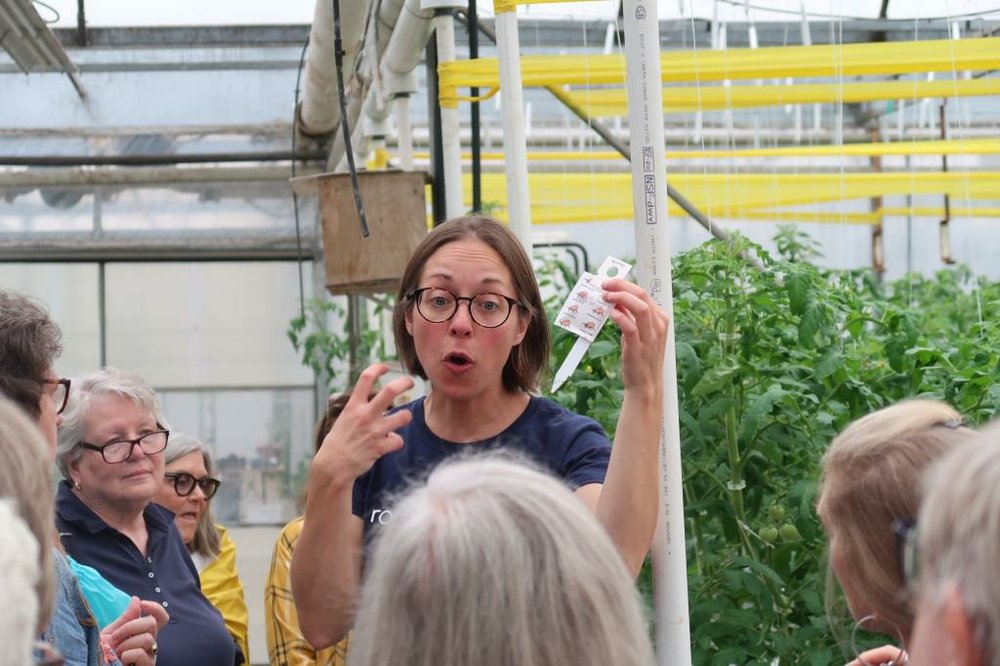 She is passionate about what she does. At the end of the tour, they served us delicious cookies and coffee. We also had time to do some shopping.

After lunch, we were on our way to Quebec. It was lightly raining most of the day, but we had inside stops, so we really didn't get wet. The fall foliage was really putting on a show and the cooler weather was delightful--we just wished we could have brought it home. Maybe soon?! 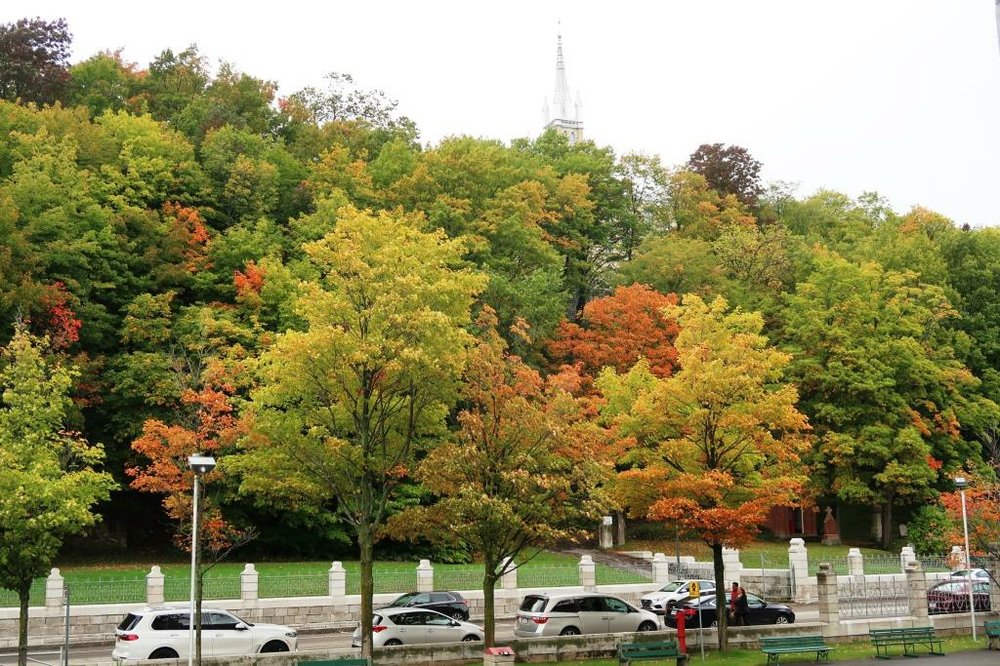 Our first stop in Quebec was the church of St. Anne de Beaupre. 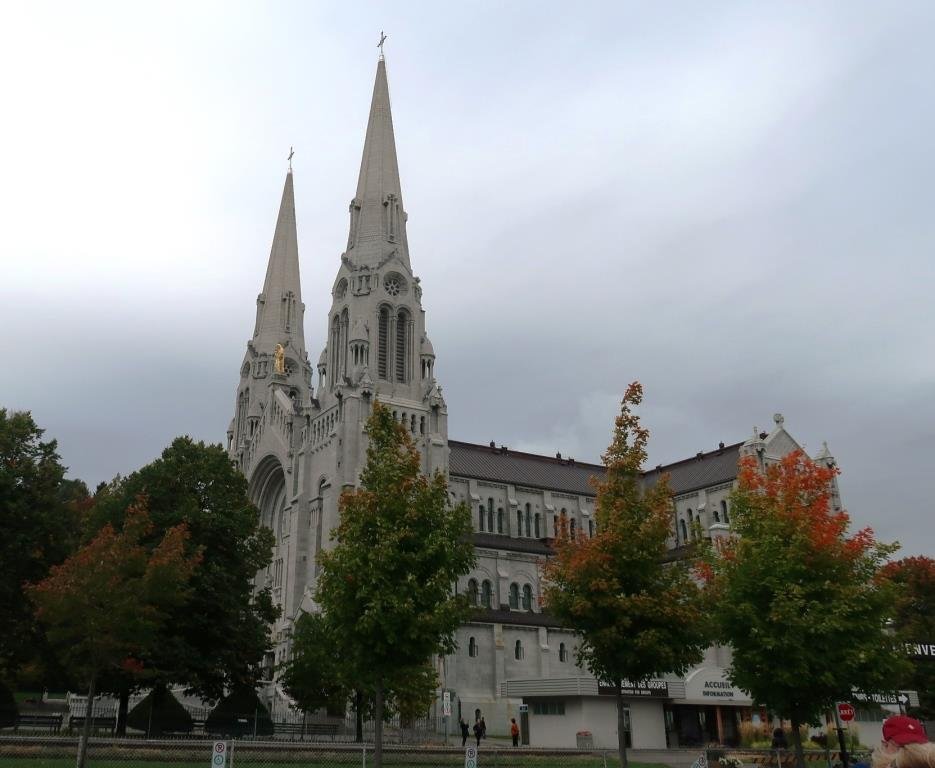 Did you know Anne was the grandmother of Jesus and the mother of Mary? We did not. Our guide here was also passionate about his church. 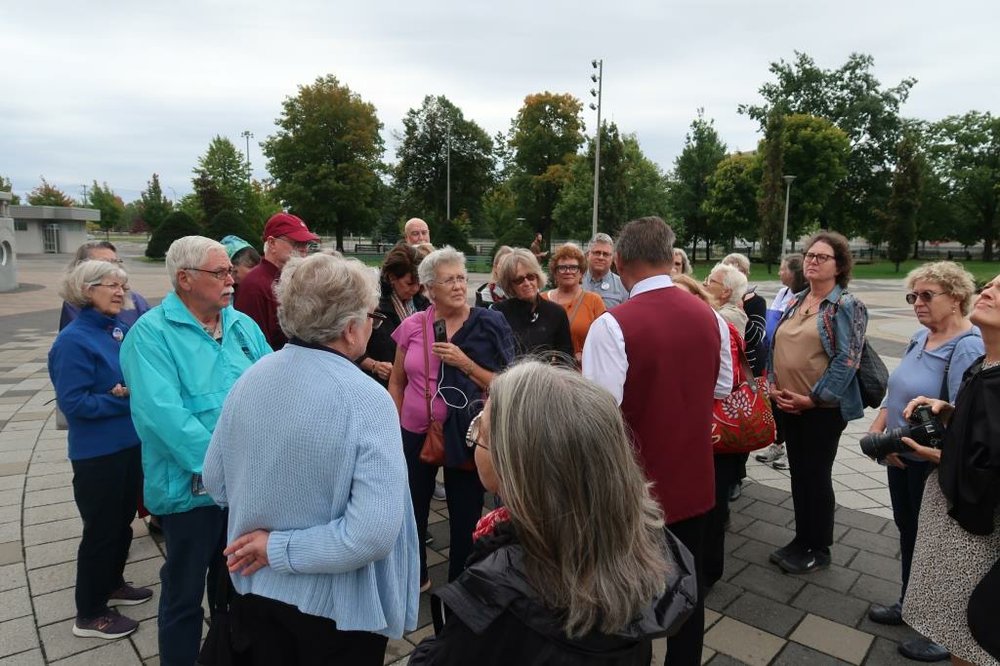 The mosaics inside were beautiful and we learned a lot about their symbolism. 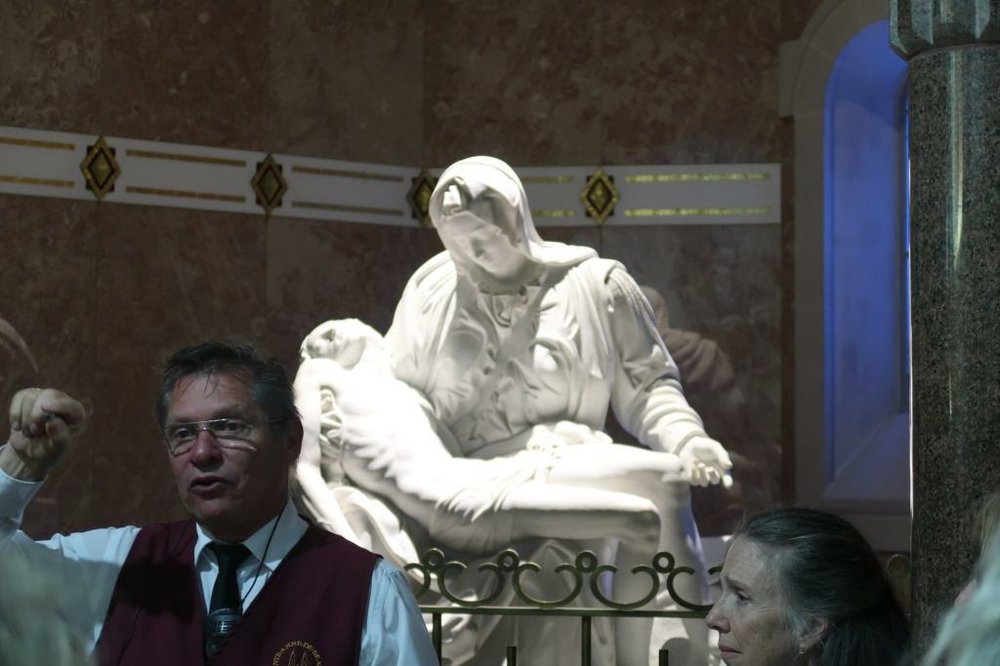 Then it was on to a copper art studio. Here again, our tour was led by the daughter of the founder. 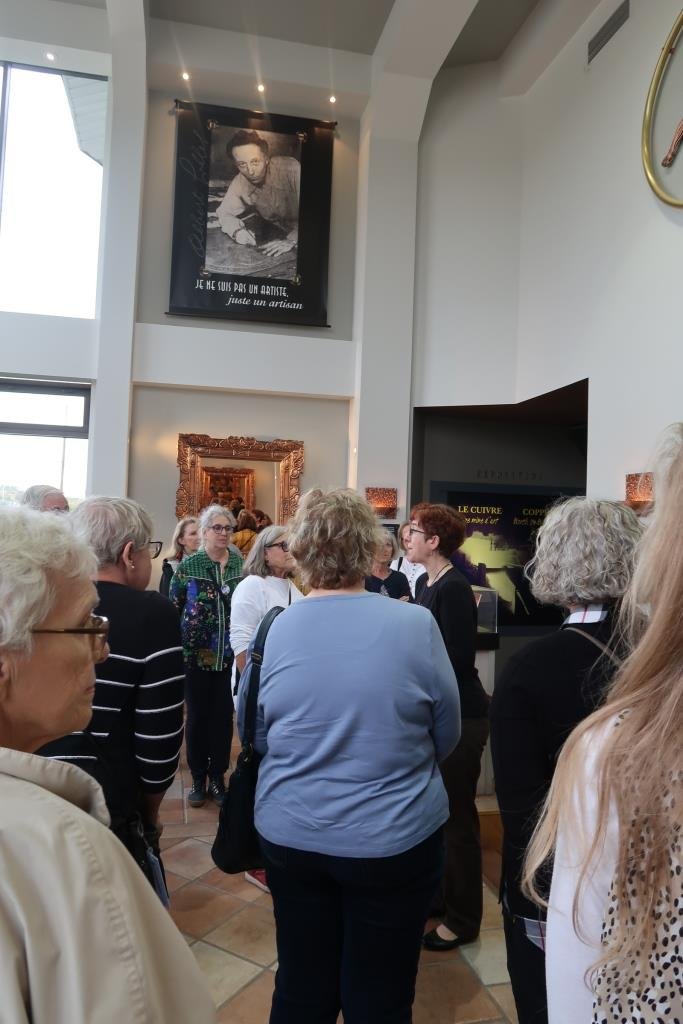 She explained how they harvest copper and how they use it in their art. She did a demonstration 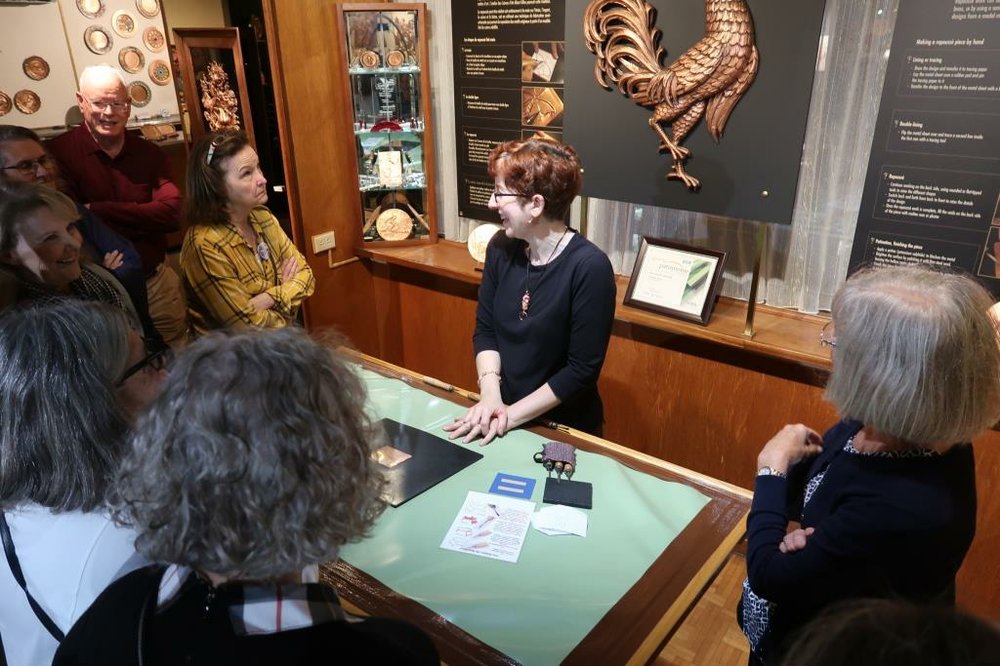 and then we toured the shop, again making many purchases.

Then it was time to head to our hotel, check in, freshen up and head to dinner in Old Quebec. 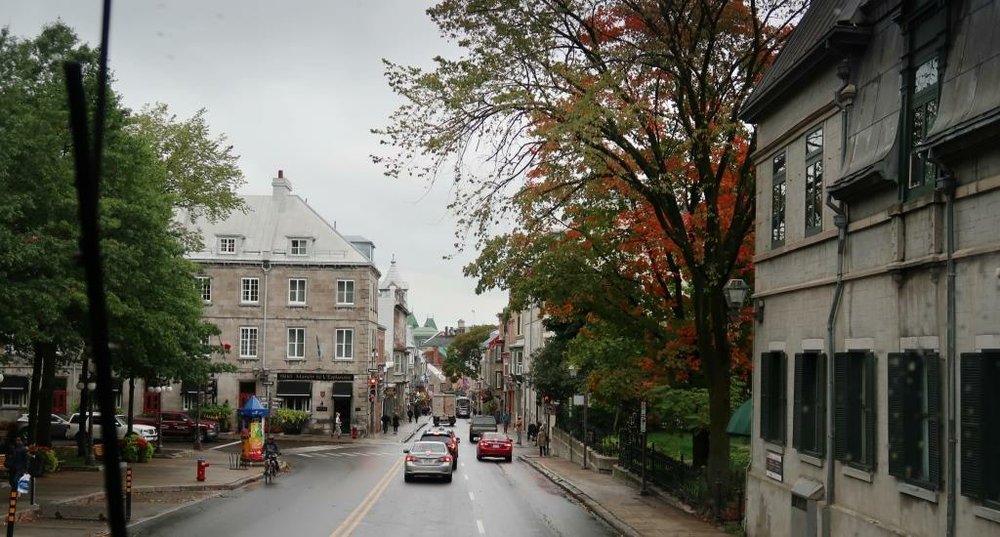