I think most of our travelers were happy to leave Montreal behind for the quaint town of Quebec City. 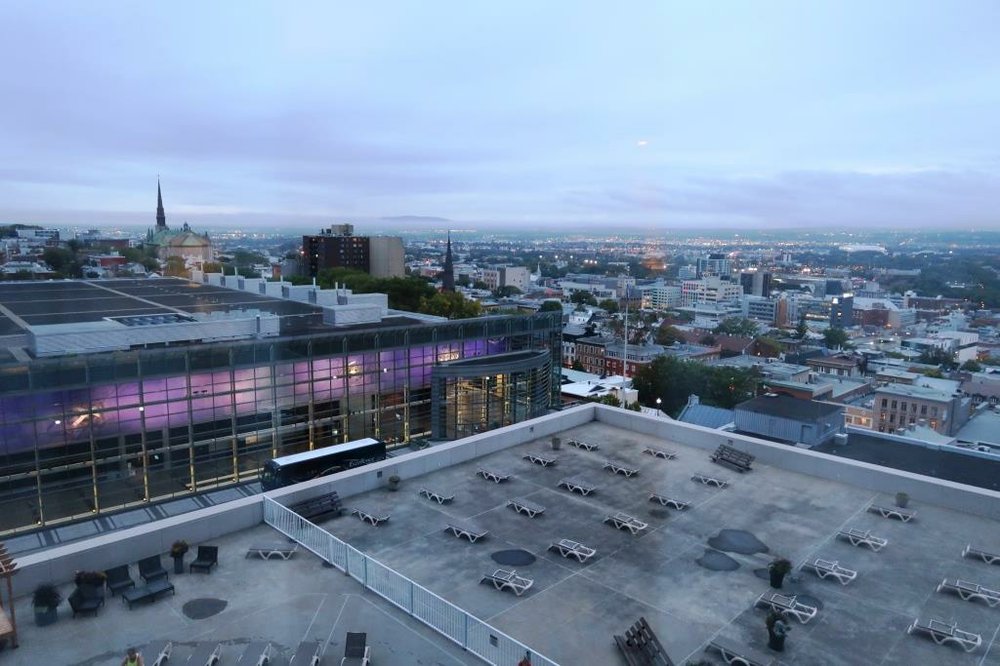 Our hotel was in a great location across the street from the Parliament building and a stones throw from Old Town. We checked into our hotel and then headed to dinner in the old walled city of Quebec. 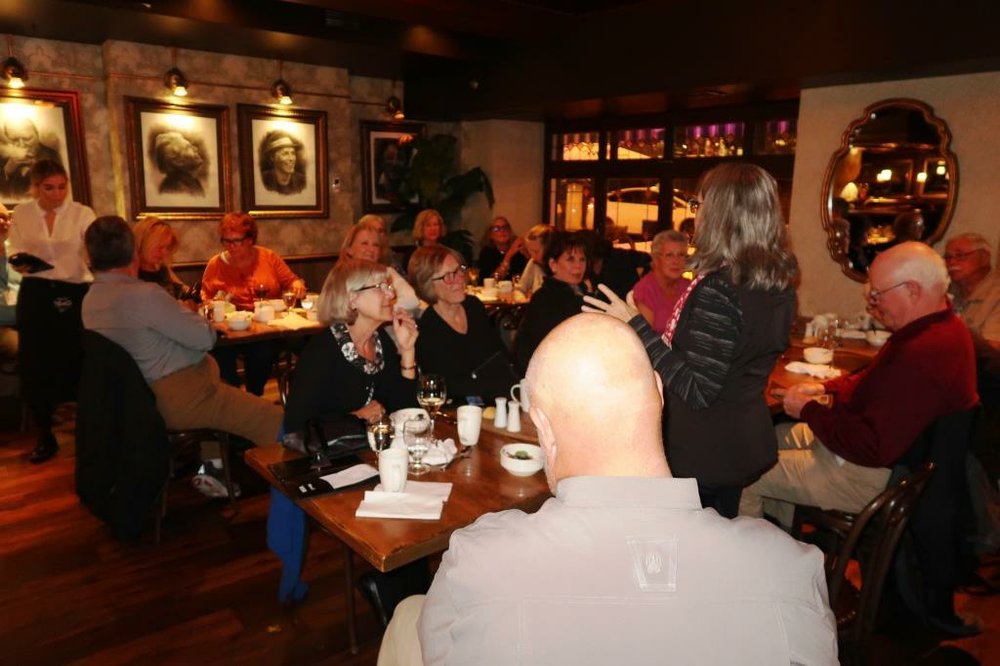 We had a lovely meal and it was a relaxed atmosphere. Everyone had time to introduce themselves and tell us a little about them. 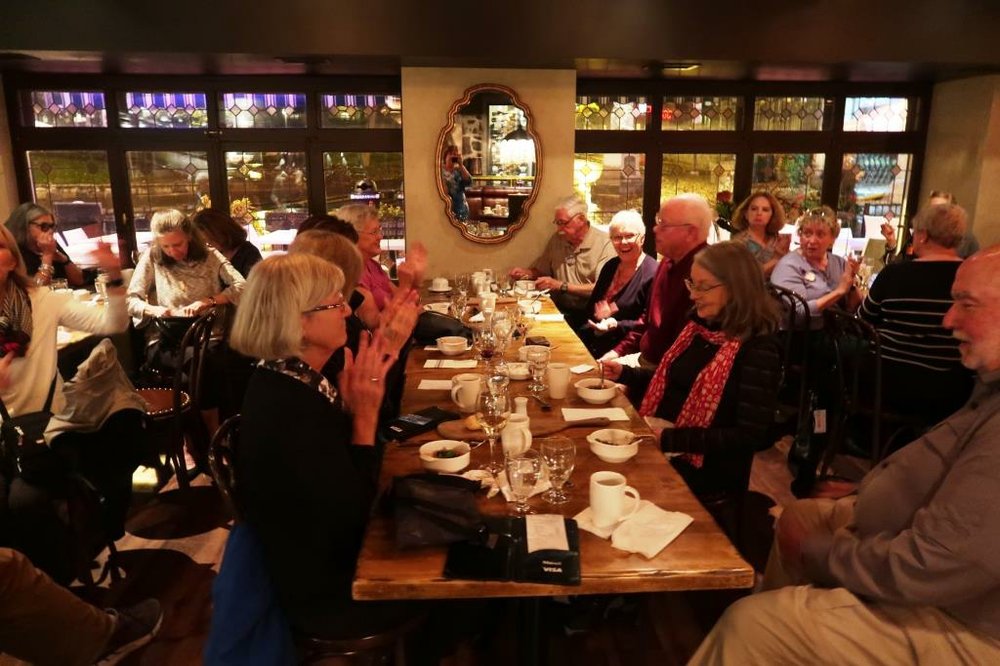 We had a little rain but luckily it had stopped while we were out and about. The next morning we had the grand tour of Quebec. The skies were gray, and the temperature had dropped, but no rain. We started out at the gardens at the Parliament Building. 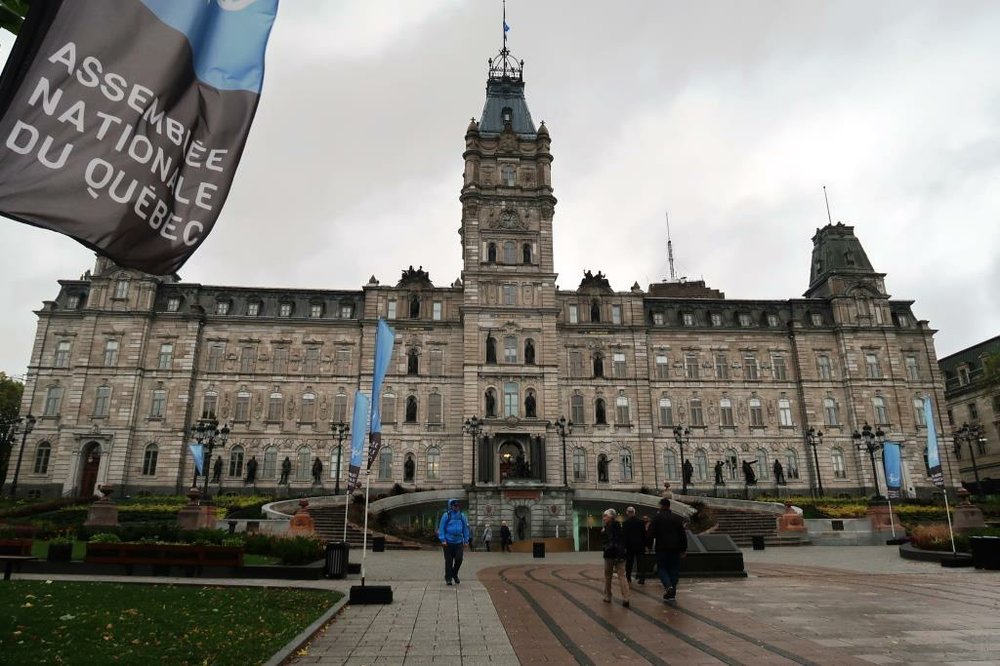 They have a combination 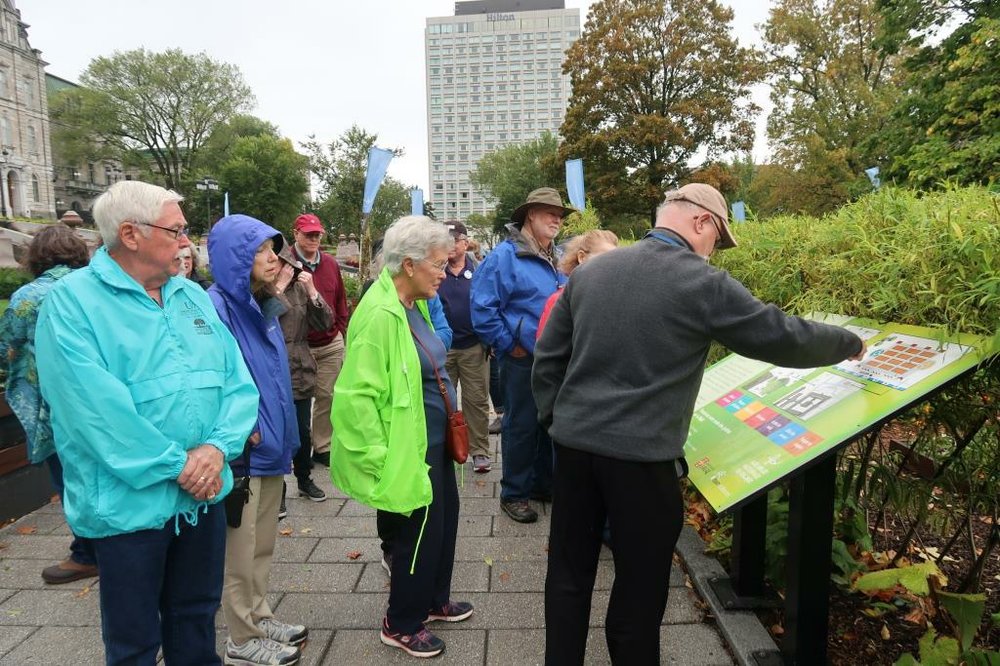 of ornamentals, vegetables and fruits in the garden. 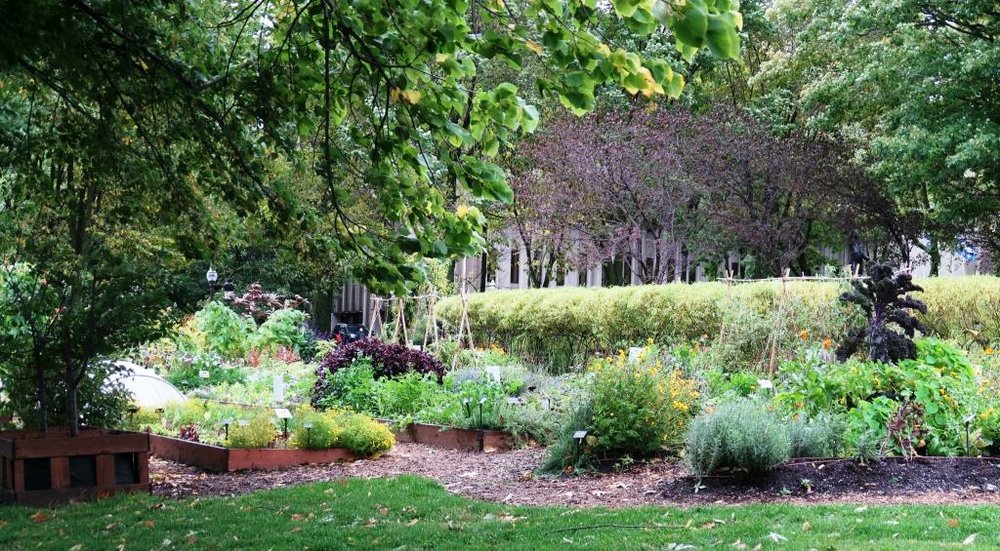 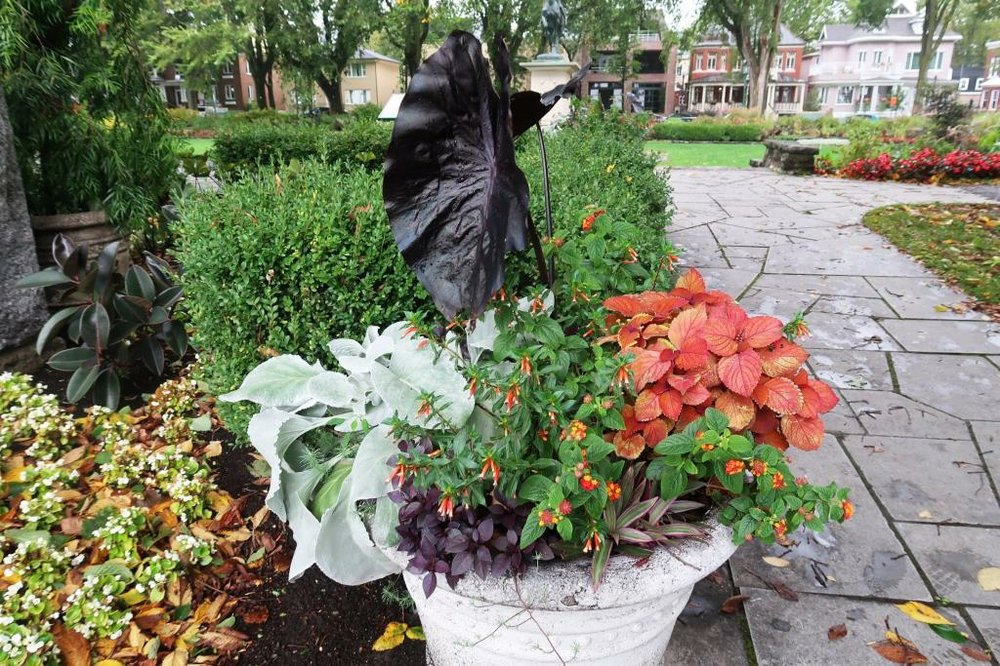 We then went to the Plains of Abraham, 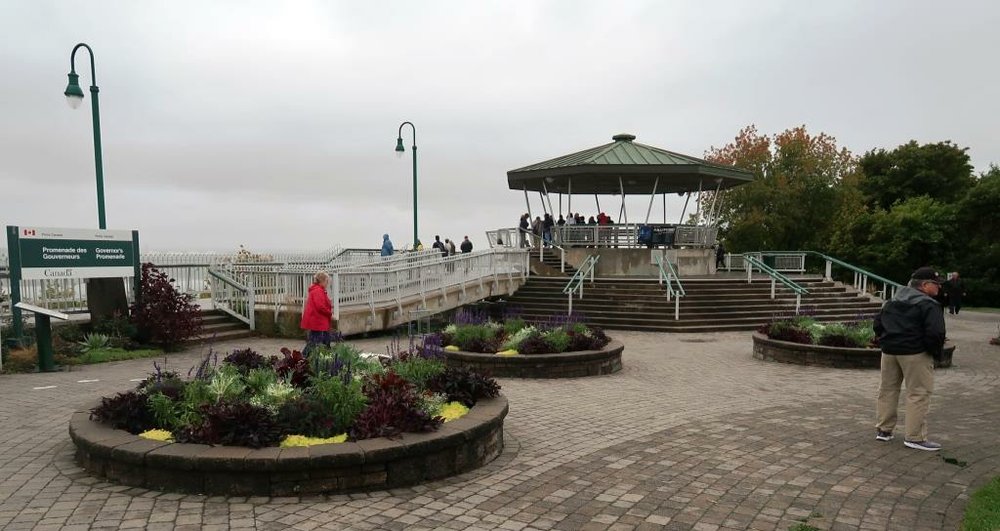 an historic battlefield site, but also a major urban park, with some lovely gardens. 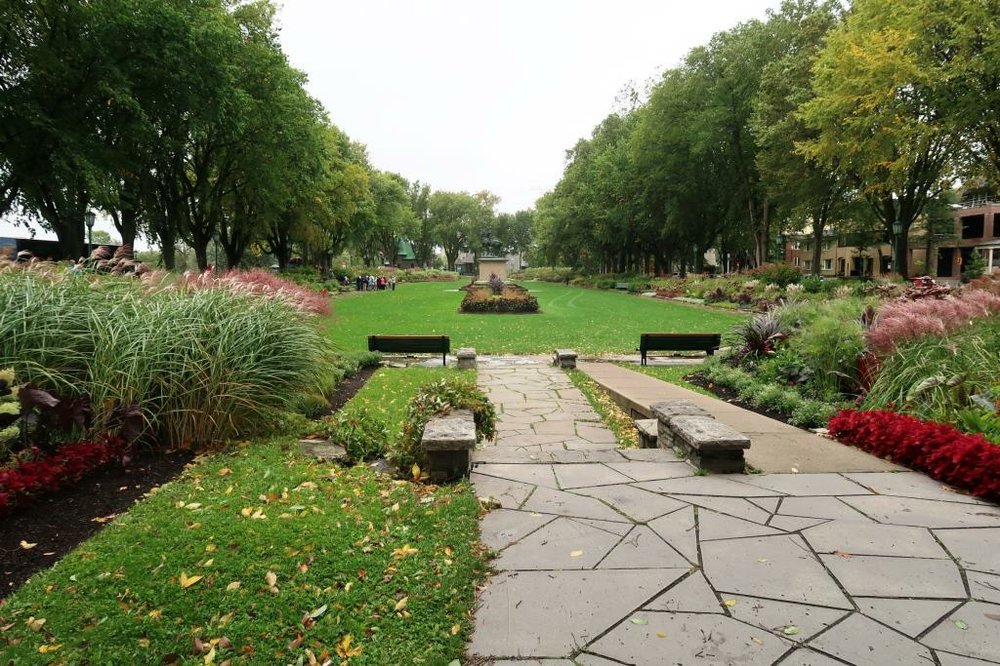 We had a few stops to get out and walk the gardens and learned about the history of the site. 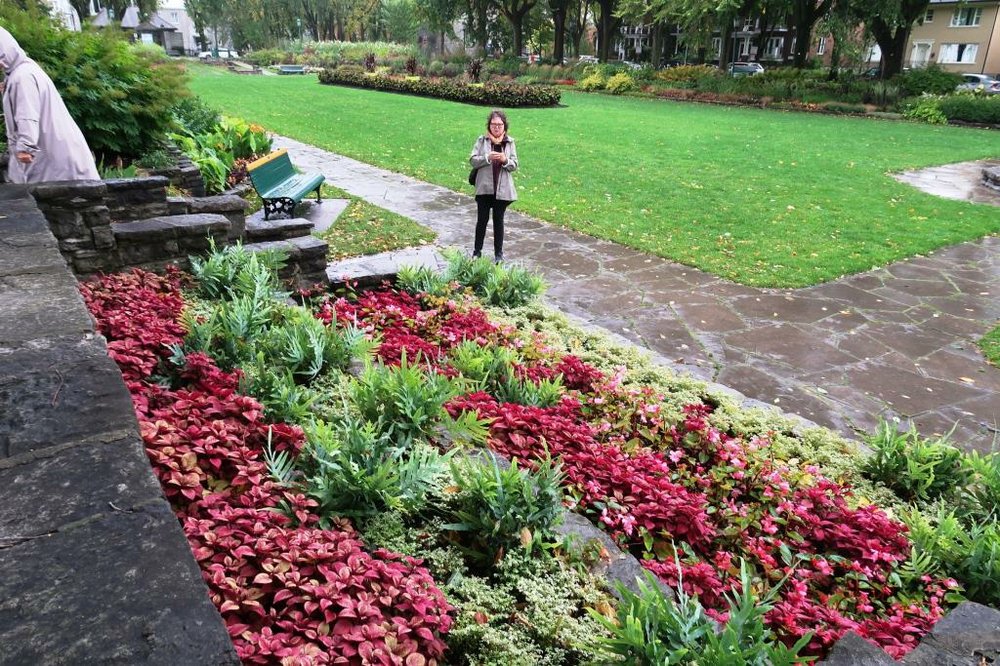 Our guide Benoit was well-versed on the city and we had a lovely scenic tour of many sites before ending our drive in the Old Quebec. 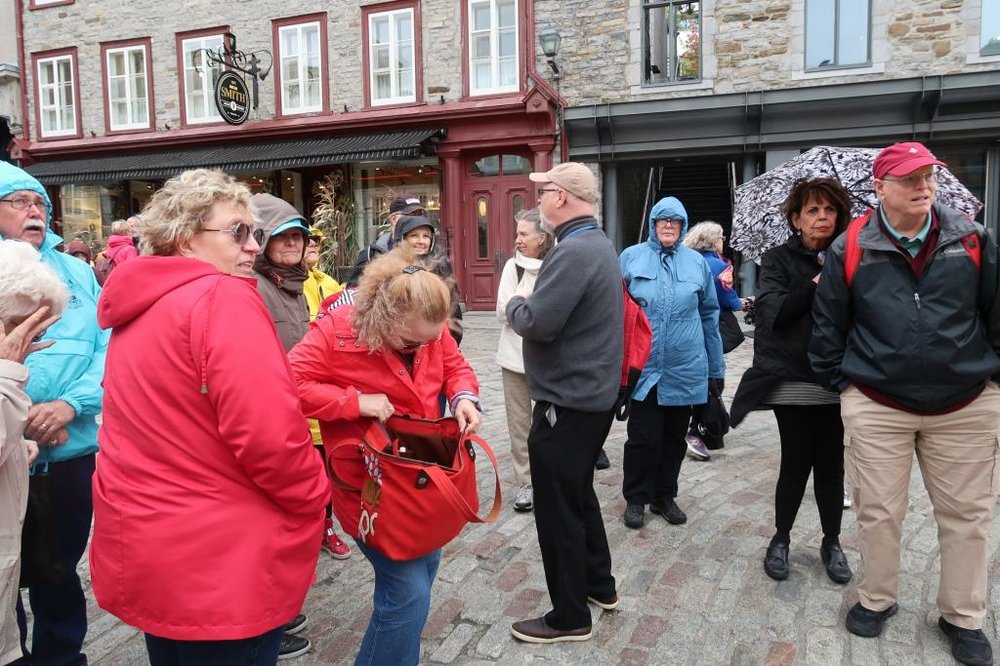 This part of the city is walled in with walls dating back to the 17th Century. The cornerstone of the area is the grant Chateau Frontenac Hotel 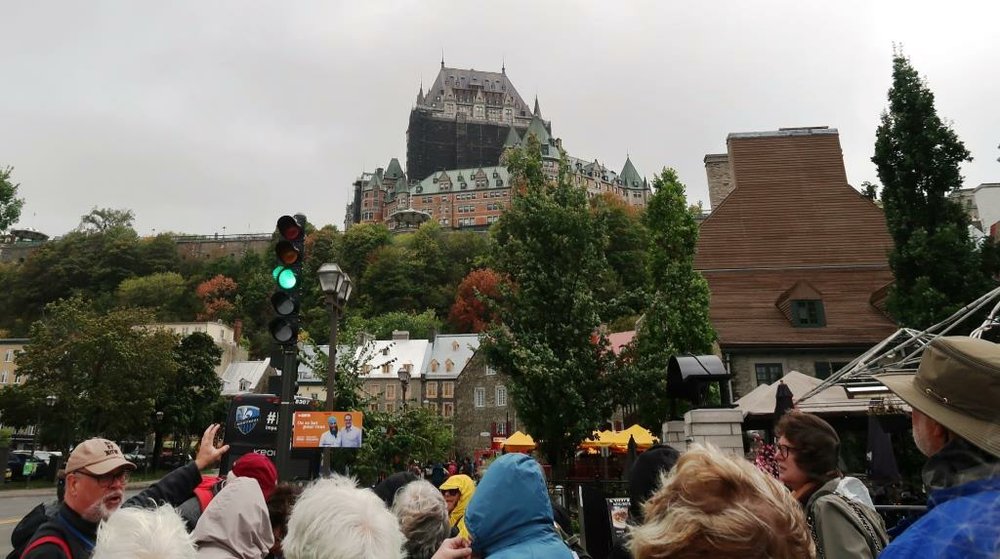 which overlooks the city. There are many quaint shops, restaurants and historic landmarks. We had an hour walking tour before heading to the Cotes a Cotes restaurant for a lovely meal.

The rest of the afternoon we were free to explore and shop, 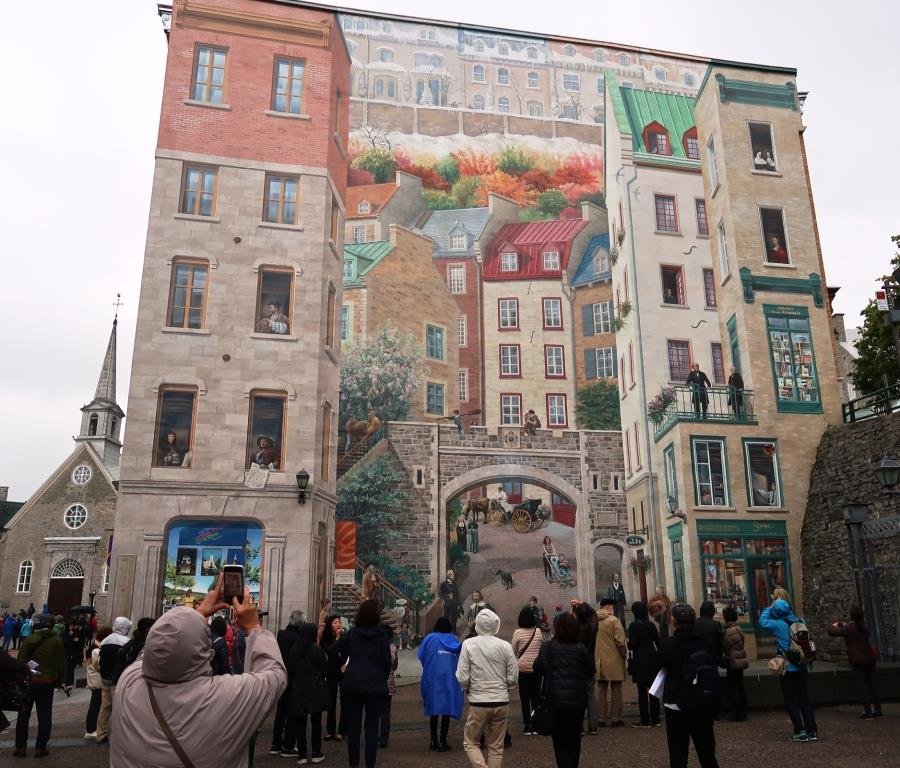 and some shopped way more than others!

My group ended our shopping with a ride 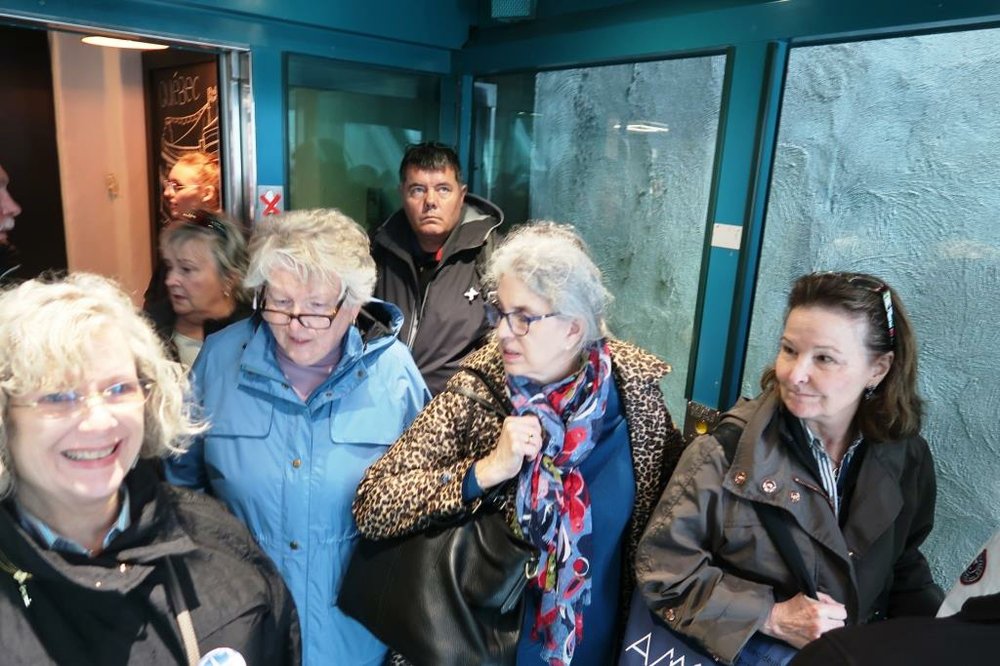 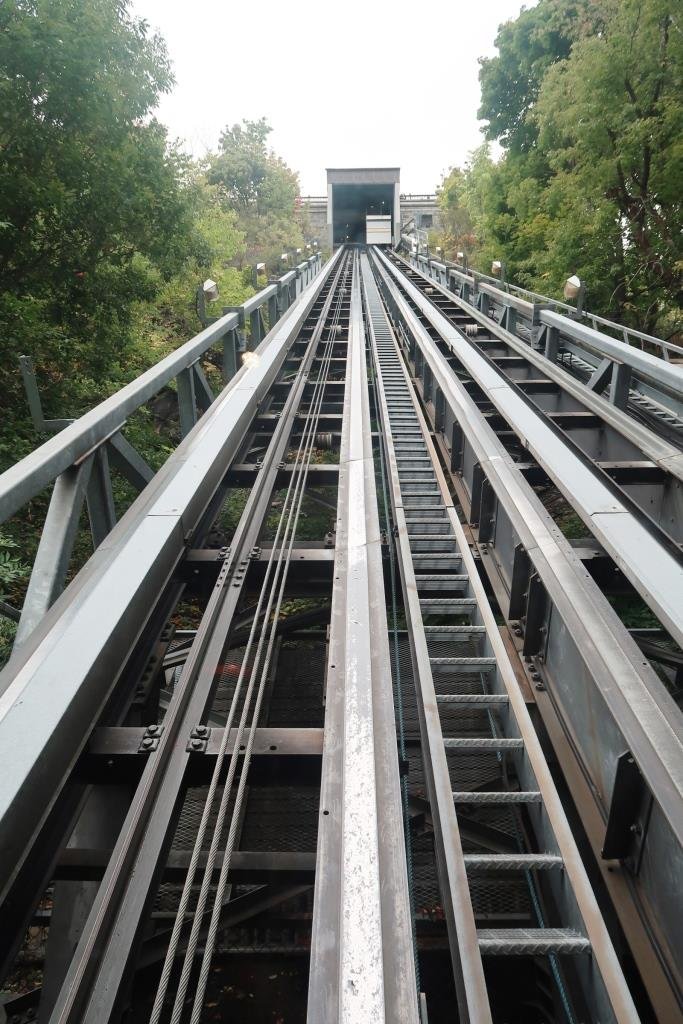 and a stop in the Frontenac for some refreshments. We ran into several others in our group who had beat us there. 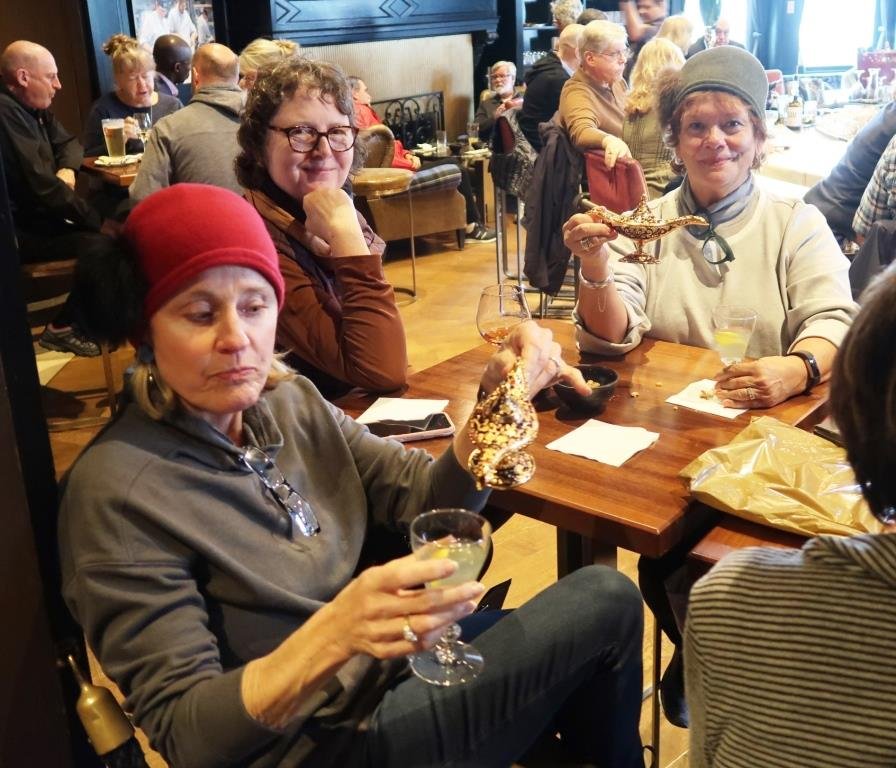 We did try the national dish-- Poutine. 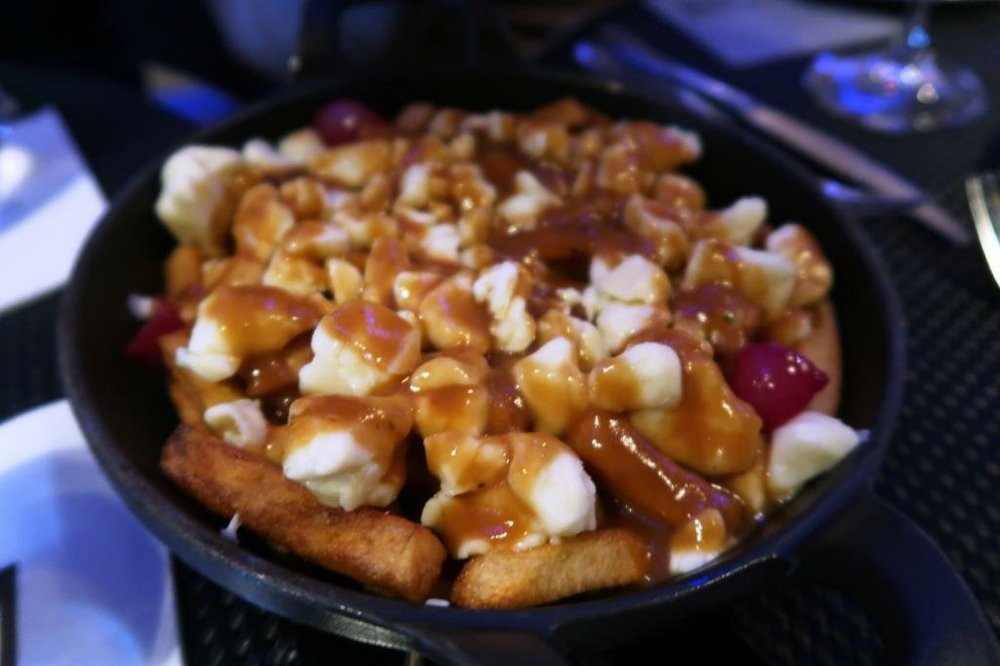 Poutine is french fries, with cheese curds and gravy. Not as bad as it sounds, but not something you would eat with any regularity. We all shared it. Some in our group tried it at different locations and they had meat options to add to the fries, cheese and gravy and they enjoyed it.

At the hotel, the wind was whipping mightily and it was cold. Many on the tour bought new hats and gloves along the way. It was nice to be cold instead of hot for a change. After a nice respite, we meandered back to the hotel with more shops and food along the way. 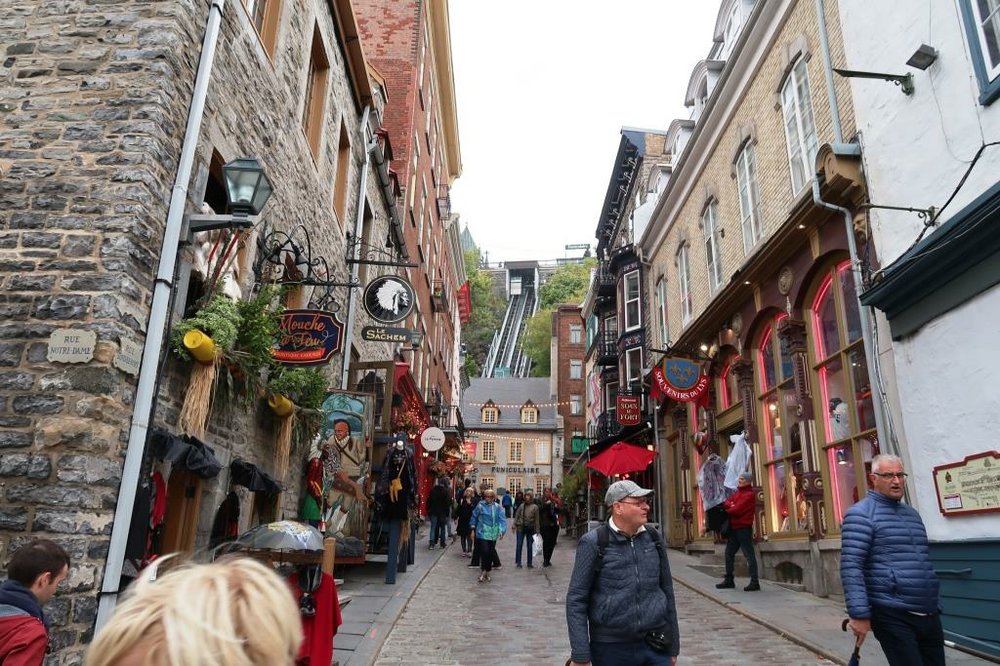 A most enjoyable day.