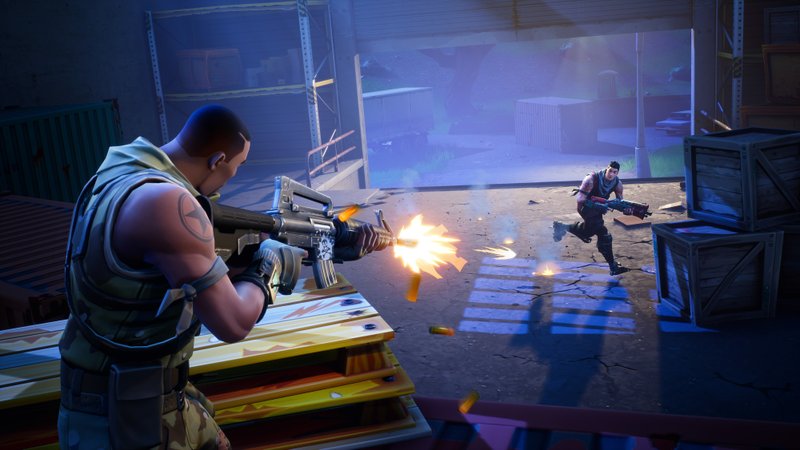 Fortnite is introducing bots to its player-vs.-player battle royale mode.

These artificial intelligence (AI) bots will "behave similarly to normal players and will help provide a better path for players to grow in skill," said Fortnite creator Epic Games, in the description accompanying an update to the game's matchmaking function Sept. 23. "Bots will work in conjunction with the new matchmaking system, and as your skill improves, you'll face fewer bots."

These fake players will not be in the competitive game modes, just throughout the general and popular battle royale modes, like solo, duos and squads. Epic's "new matchmaking system" means players will be more likely to be matched into games with players of similar skill.

The v10.40 update will be slowly rolled out through different regions across the core battle royale modes.

Players everywhere will be looking to Epic to release more details on how "skill" in Fortnite will be measured, particularly for players who don't want to be included in AI-filled games.

The world's most popular game, Fortnite is a famously difficult game. Quick trigger fingers will only get you so far. The best players must improvise architecture and skillfully navigate it under a hail of gunfire.

Last year a data-loving Reddit user created a comprehensive spreadsheet of that user's Fortnite sessions to see if skill-based matchmaking was at all a factor in the game: It was not.

In June 2018, Epic released a Playground game mode in which players could build to their heart's content; that playground also served as a training ground for new or novice players.

It's been a tricky balance for Epic to cater to casual players of the game (which resembles a social media platform a la Instagram) and higher skill levels.

The flash reaction from the "Fortnite Battle Royale" subreddit chat board is currently all over the place, with some aghast that they would play against AI, and others saying that it's a "great addition."

But questions remained: how is "skill" to be tracked and how transparent would Epic be about that process.