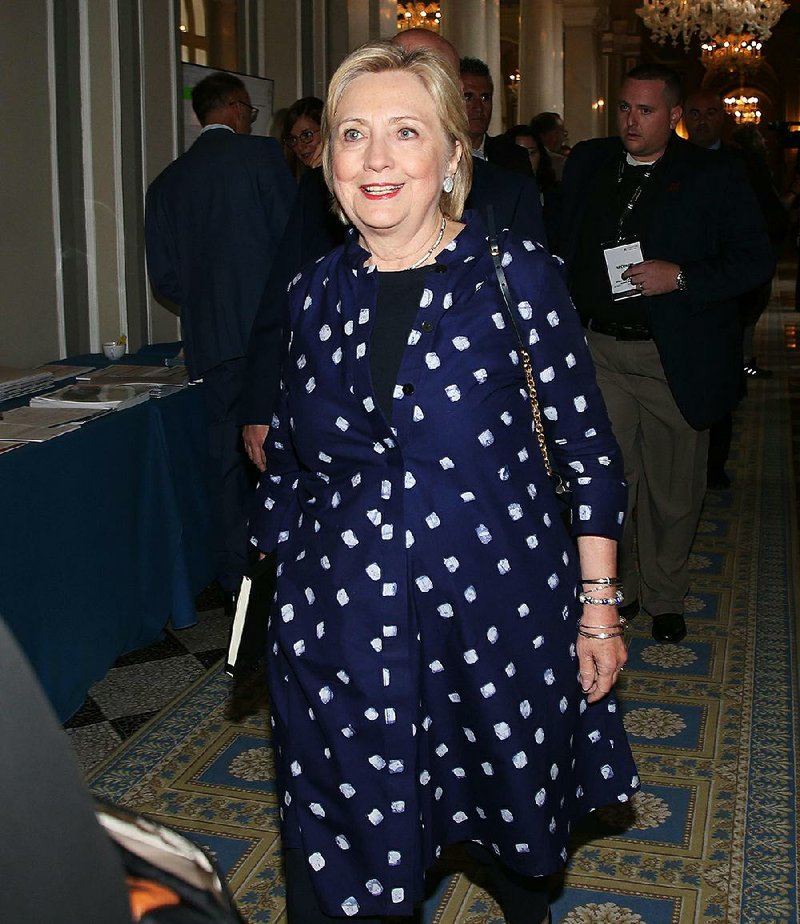 The State Department is continuing an investigation of email use among employees who worked for Hillary Clinton, former secretary of state, asking scores of current and former officials to submit to questioning by the bureau overseeing diplomatic security, former officials said Sunday.

The investigation is examining whether employees used secure channels and the proper classification designations for what appeared to be routine emails at the time, former officials said. The emails were on subjects that were not considered classified at the time, but that have been or are being retroactively marked as classified.

The emails were sent to Clinton while she was secretary of state from 2009 to 2013, in President Barack Obama's administration. They appear to have come to the attention of the diplomatic security bureau during earlier inquiries conducted by the State Department, Congress and the FBI into Clinton's use of a private email server.

Although the FBI director at the time, James Comey, said the bureau had found that Clinton did not engage in wrongdoing, those earlier investigations threw a long shadow over the 2016 presidential campaign and are considered by Clinton and many analysts to be a factor in President Donald Trump's victory.

The renewed focus on the emails was reported Saturday by The Washington Post.

Sometime shortly after Trump took office and appointed Rex Tillerson as his first secretary of state, the department's diplomatic security bureau carried out the first stages of an investigation into email use by employees under Clinton, former officials said.

Most of the people being investigated were political appointees who were leaving or had already left the department.

The inquiry focused on the years when Clinton was leading the State Department, even though many of the employees continued to work under her successor, John Kerry, former officials said.

The investigators appeared to want to finish the inquiry quickly and move on, former officials said. At some point during Tillerson's tenure, people who had heard of the investigation thought it had ended because the diplomatic security bureau no longer appeared to be actively pursuing the question, officials said.

Mike Pompeo took over as secretary of state in April 2018, and in recent months the diplomatic security bureau has been interviewing current and former employees again about their email use under Clinton, former officials said.

Senior State Department officials said that they are following standard protocol in an investigation that began during the latter days of the Obama administration and is nearing completion.

"This has nothing to do with who is in the White House," said a senior State Department official, who spoke to The Washington Post on the condition of anonymity and who was not authorized to speak publicly about an ongoing probe. "This is about the time it took to go through millions of emails, which is about 3½ years."

Before joining the Trump administration, Pompeo was a Republican member of the House, and served on the committee investigating the deadly raid on the U.S. diplomatic compound in Benghazi, Libya. Pompeo was among those who aggressively questioned Clinton.

The Justice Department inquiry into her use of a private email server had its roots in that congressional investigation, which brought to light Clinton's email practices.

Former officials who described the current inquiry to the New York Times Sunday did so on the condition of anonymity, given the sensitivity of the matter. The State Department did not reply to a request for comment on the current investigation.

Looking to future prospects of the inquiry, the diplomatic security bureau could decide to make a formal note in a person's file saying that person had mishandled classified information, according to former officials. That could lead to that person being unable to get proper security clearances in the future, or the applicant might have to wait a long time for those clearances to be approved.

Former officials said scrutinizing employees over their handling of information that was not classified at the time, and only retroactively classified, was unusual.

Also, many of those emails summarize conversations with foreign officials who themselves have no security clearance in the U.S. government, yet are engaged in discussions about topics of interest to U.S. counterparts. In many cases, emails that went to Clinton were part of a long email chain created by officials forwarding emails to one another.

To many of those under scrutiny, including some of the Democratic Party's top foreign policy experts, the recent flurry of activity surrounding the Clinton email case represents a new front on which the Trump administration could be accused of employing the powers of the executive branch against perceived political adversaries.

The existence of the probe comes after revelations that the president used multiple levers of his office to pressure the leader of Ukraine to pursue investigations that Trump hoped would produce damaging information about Democrats, including potential presidential rival Joe Biden.

"I'd like to think that this is just routine, but something strange is going on," said Jeffrey Feltman, a former assistant secretary for Near East Affairs. In early 2018, Feltman received a letter informing him that a half-dozen of his messages included classified information. Then a few weeks ago he was found culpable for more than 50 emails that contained classified information.

"A couple of the emails cited by State as problems were sent after my May 2012 retirement, when I was already working for the United Nations," he said.

A former senior U.S. official familiar with the email investigation described it as a way for Republicans "to keep the Clinton email issue alive." The former official said the probe was "a way to tarnish a whole bunch of Democratic foreign policy people" and discourage if not prevent them from returning to government service.

Information for this article was contributed by Edward Wong and Maggie Haberman of the New York Times; and by Greg Miller, Greg Jaffe, Karoun Demirjian, Paul Sonne, Shane Harris, Matt Zapotosky and Julie Tate of The Washington Post.