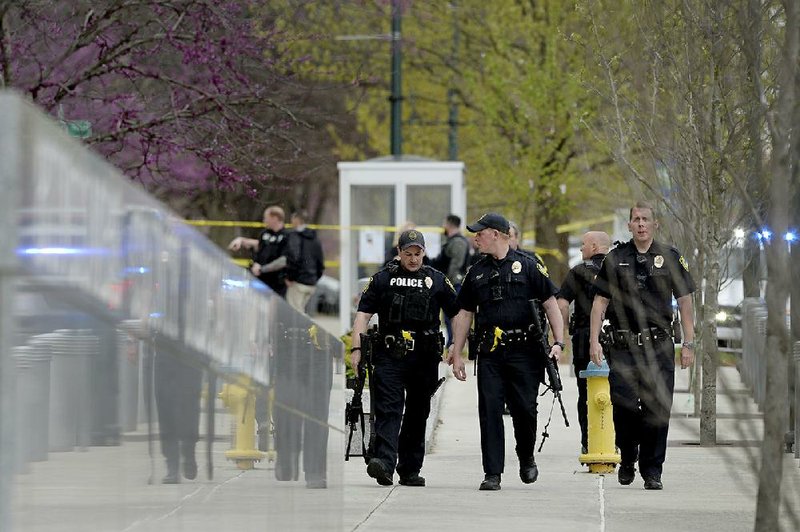 ASHEVILLE, N.C. -- A man exchanged gunfire with officers outside a North Carolina courthouse Tuesday before authorities shot and killed him, a sheriff said.

A deputy responding to the scene in the city of Asheville was hurt but expected to survive, said Buncombe County Sheriff Quentin Miller. He indicated that the injury wasn't a gunshot wound but wouldn't elaborate. Miller said no bystanders or courthouse employees were hurt.

Shortly before 10 a.m., a man -- later identified as Shane Tilman Kent, 29, of Asheville -- sitting inside a parked SUV fired shots from a handgun at a law enforcement officer near the courthouse, according to a news release from the Asheville Police Department.

Dozens of deputies and police officers swarmed the area while the courthouse was locked down, and witnesses described hearing several gunshots.

Miller said officers returned fire on the suspect, killing him. State prison records show that Kent had been convicted of felony breaking and entering in 2014.

The motive for the shooting wasn't clear, but Miller said: "We believe that it's random right now."

LOS ANGELES -- Los Angeles County Sheriff Alex Villanueva, who was sued by gun-rights groups after trying to shut down firearms dealers in the wake of coronavirus concerns, is abandoning the effort.

The sheriff said he will heed a federal Department of Homeland Security advisory issued Saturday that listed gun and ammunition dealers as "essential critical infrastructure workers."

Villanueva on Monday called the nonbinding memo "persuasive" and announced that his department won't order or recommend closing businesses that sell or repair firearms or sell ammunition in the nation's most populous county.

California Gov. Gavin Newsom has said each of the state's 58 counties can decide for themselves whether to list firearms dealers as nonessential businesses that should be subject to closure while the state seeks to limit the spread of covid-19.

Last week, Villanueva ordered a shutdown of gun shops, saying panic-buying that produced long lines at the shops was worrisome from a public safety standpoint. Days later, he issued a second order closing them to the public, despite a county legal counsel's finding that the stores are essential businesses that should remain open.

ARLINGTON, Va. -- The U.S. Supreme Court has agreed to hear an appeal by police officers who believe they deserve immunity from a lawsuit filed by a college student who says he was beaten up in a case of mistaken identity.

The court agreed Monday to hear the case, which may help clarify questions over the extent of a doctrine called "qualified immunity." The doctrine grants police officers and other state and local officials broad protection from lawsuits.

Institute president Scott Bullock said the government "wants to extend its immunity beyond what was intended, and we look forward to explaining to the Court why this extension should not be allowed."

King, now 27, was a college student in 2014 when plainclothes officers on a federal-local task force operating in Grand Rapids approached him as part of an effort to find a nonviolent fugitive. King thought the officers were muggers when they grabbed for his wallet seeking identification. He ran off, and the officers chased him down and beat him to the point that bystanders called 911.

SAN DIEGO -- A large haul of drugs, including opioids, methamphetamine and cocaine, being smuggled from Mexico to California was seized from a cross-border tunnel equipped with ventilation, lighting and an underground rail system, authorities said Tuesday.

The tunnel connected warehouses in Tijuana and San Diego, extending about 2,000 feet with an average depth of 31 feet and width of 3 feet, according to the San Diego Tunnel Task Force, an investigative team made up of several federal agencies. Investigators believe the tunnel existed for several months "due to the advanced construction observed in several portions." 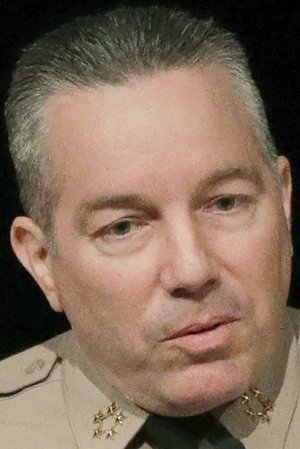 Photo by AP
FILE - In this Dec. 3, 2018 file photo, Los Angeles County Sheriff Alex Villanueva speaks during a ceremony in Monterey Park, Calif. On Tuesday, March 31, 2020 the Los Angeles County Board of Supervisors removed the sheriff as head of the county's emergency operations, the latest move in a longstanding feud that has escalated amid the coronavirus pandemic. Villanueva blasted the board's decision, accusing the supervisors of "a silent coup" and "groupthink." Villanueva and the board have fought repeatedly since his 2018 election, including over hiring and oversight. (AP Photo/Jae C. Hong, File) 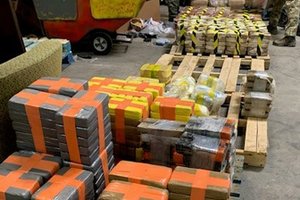