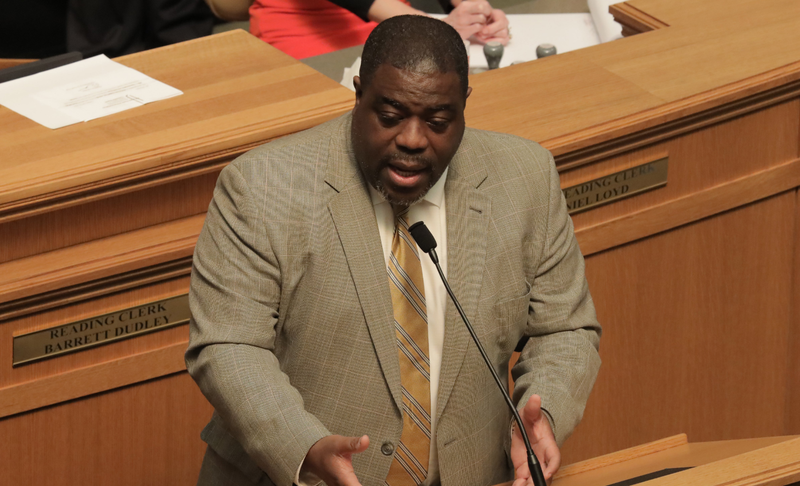 State Rep. Reginald Murdock, D-Marianna, has tested positive for covid-19, a spokeswoman for the Arkansas House of Representatives said Wednesday.

Murdock, 53, was in attendance last week as House lawmakers convened at a college basketball arena in Little Rock to pass an emergency relief bill to shore up the state's budget and respond to the outbreak of coronavirus. The arena was chosen so that lawmakers could be seated at least six feet apart during the three-day special session.

One additional House member has also been tested for the virus and is awaiting results, the spokeswoman said.

Murdock told the Arkansas Democrat-Gazette on Wednesday that he was asymptomatic and isolating at home with his wife Willie, an employee of the Division of Higher Education, who has not yet been tested for the virus.

Murdock said that he convinced his personal physician on Monday to test him for the virus, despite not showing any symptoms and having no known contacts with infected people, after reading recent reports that the virus might be spread through carriers who show no symptoms. Murdock said he grew concerned because he meets frequently with constituents and groups within his district.

"I think there's certain officials that should be tested," Murdock told the paper. "People that are coming into contact with so many people."

Department of Health Director Dr. Nate Smith told reporters Wednesday that he did not have specific information on how Murdock received a test, which have been in limited supply. A spokeswoman with the department clarified later Wednesday that while state officials are prioritizing tests for high-risk individuals, private doctors have more leeway in ordering tests for patients.

This story was originally published at 1:09 p.m.