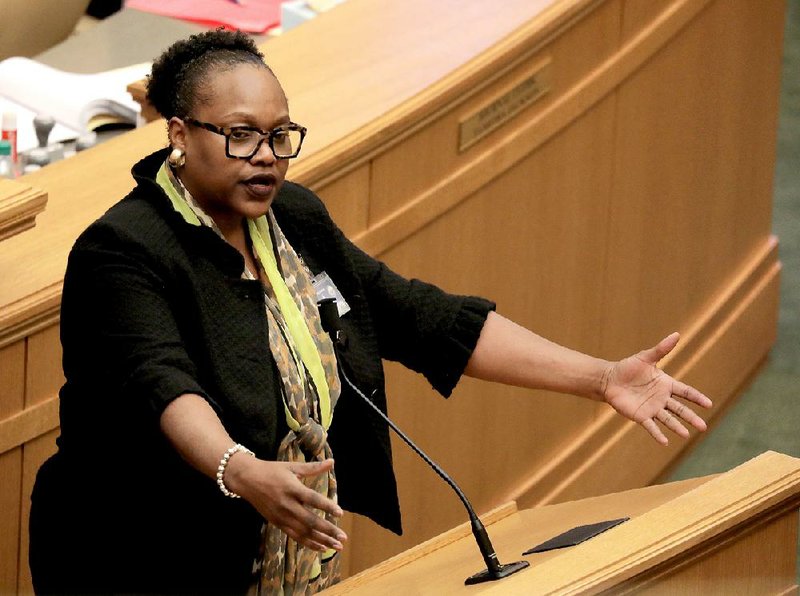 State Representative Vivian Flowers is shown speaking at the state Capitol in Little Rock in this file photo.

Flowers told the Democrat-Gazette that she had a "terrible fever and cough" over the weekend, and went to get tested Tuesday at the Jefferson County Regional Medical Center after her symptoms began to clear.

"My fever would spike in the day and night and then I'd wake up in the morning and my fever would be gone," she said.

Another House member, state Rep. Reginald Murdock, D- Marianna, announced that he had tested positive for the virus on Wednesday. Murdock said that he was asymptomatic.

Flowers said that she was feeling better Thursday morning, and was self-isolating at her parent's house.