FBI urging vigilance as scammers out in force 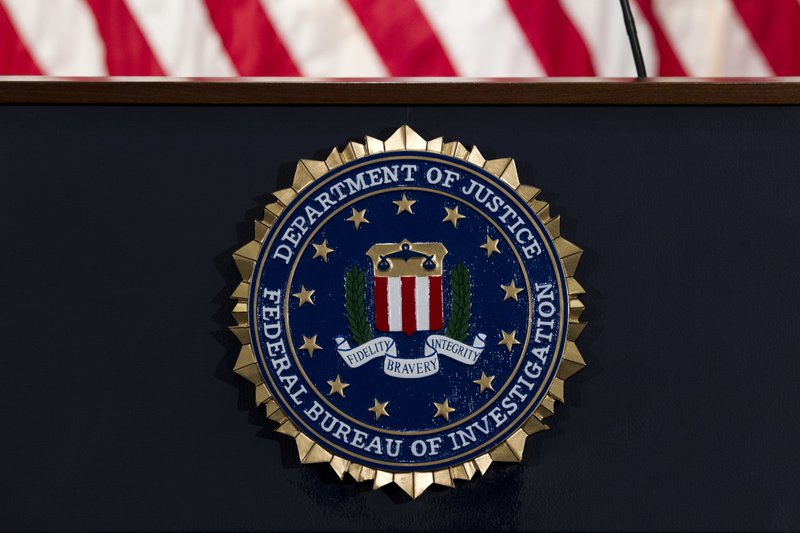 FILE - In this June 14, 2018, file photo, the FBI seal is seen before a news conference at FBI headquarters in Washington. (AP Photo/Jose Luis Magana, File)

Law enforcement agencies are working to contain an increasing number of scams, cyberattacks and online predators during this time of covid-19 isolation, a spokesman for the Little Rock office of the FBI said this week.

The FBI is paying close attention to reports of scams and online crimes, as many people staying at home are using the internet more, Connor Hagan said.

“Scammers are going to exploit any opportunity or situation that they think is going to help them be successful with their scam,” Hagan said. “With this outbreak of covid-19, scammers have found a platform to prey on people’s fears, which makes them [people] more likely to be victimized.”

The FBI has already made arrests at the national level. Actor Keith Middlebrook, 53, was arrested March 25, accused of attempted wire fraud after authorities said he tried to convince investors that he had developed a cure for covid-19.

Although there have been no such arrests in Central Arkansas, the FBI is working with law enforcement agencies around the state to prevent scams.

“We’re going all out,” Hagan said. “We’re opening up a serious team that we’re putting together that’s going to focus on covid-19-related scams in our area.”

The task force also will have cyber-team members because the FBI is recommending an emphasis on cybersecurity practices now more than ever. Hagan suggested that people be especially on alert for phishing emails or text messages seeking to trick individuals into giving their personal information.

Hagan said “we’re seeing apps that are being developed, phone apps, that are totally fake and can infect your phone or computer with ransomware.”

As classrooms move to online-only, some of the online calls for these classes are susceptible to being hacked, Hagan said.

“ We’ve seen reports where teachers conducting an online class using the teleconferencing software Zoom, and an unidentified individual comes into the classroom,” Hagan said. “The individual yells profanity, shouts the teacher’s home address in the middle of the instruction.”

There is a way to prevent such instances, he said. Making the lessons private and the links not publicly available is the first step.

“I know in Zoom there are two options to make a meeting private,” Hagan said. “You can either require a meeting password or use a waiting room feature and control the admittance of guests.”

Fraudulent loans, government impersonation, counterfeit equipment and phishing are some of the types of crimes the FBI is investigating. However, authorities also are concerned about teens being at home using technology in ways that could lead to them being exploited.

“We’re seeing kids who are home from school are probably spending more time online and might be at an increased risk for exploitation,” Hagan said. “Online sexual exploitation of kids comes in a lot of forms. Individuals can coerce victims into providing sexually explicit images, and then once they have those images, the offenders a lot of times threaten to post those images publicly or send those images to the victim’s family and friends.”

Anyone who is in a circumstance of “sextortion” should contact authorities, he said, adding that they are not going to get in trouble for stepping forward.

“We want to make it abundantly clear to both parents and kids,” Hagan said. “You are the victim. Come to us.”

Hagan suggested that parents discuss internet safety with their children and have their technology set up in a place where parents know when kids are using it.

Hagan suggested that people not trust unsolicited contact from government entities or banks asking for personal information either.

“Hang up the phone,” Hagan said. “Go to the bank website and call them directly. You initiate contact.”

Pulaski County Sheriff Eric Higgins told residents during an online town-hall meeting Tuesday that a law enforcement agency will not contact them to tell them about warrants for their arrest and to be on the lookout for such scams.

“They pretend to be someone from here at the sheriff’s office,” McCoy said. “And they tell them that they have warrants for their arrest, and that they would go to jail. We have seen that some of the scammers will use the coronavirus to scare people [about] going to jail.”

Print Headline: FBI urging vigilance as scammers out in force