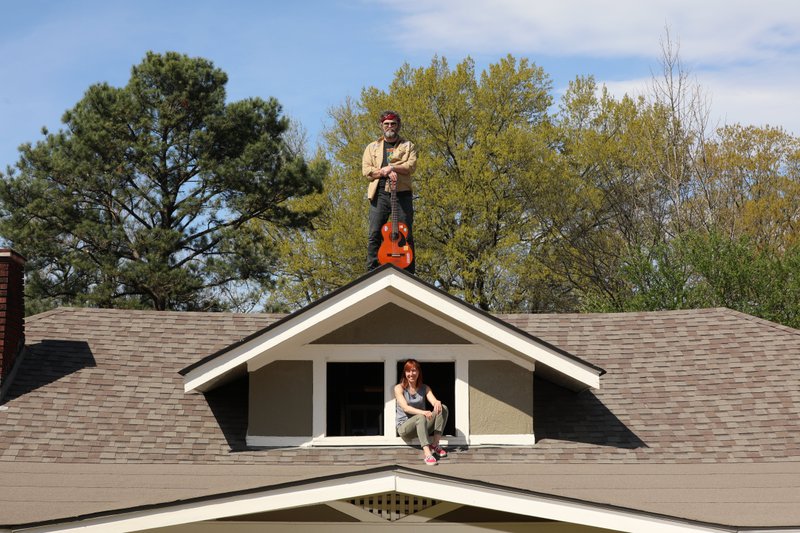 Pine-Bluff native Mark Edgar Stuart hangs out on his roof in Memphis with his wife when times get tough. The singer-songwriter is livestreaming a show Wednesday night on his Facebook page. (Special to the Democrat-Gazette/Jamie Harmon)

Arkansas musicians are filling the entertainment void by doing live shows online and continuing to produce and release new music. We've rounded up some of their events here in lieu of actual live music to go out and see. While watching the artists' live streams, make a game of counting how many times pets make appearances.

• Handmade Moments, the Fayetteville durable duo who have been warriors on the road since 2014, will be doing a livestream show at 7 p.m. Friday from New Orleans, along with another duo, Nathan & Jessie, at facebook.com/handmademomentsmusic/.

"New Orleans is where we will be," says Anna Moss, half of the durable duo. "But the concert is accessible to anyone and everyone for free on the internet. I posted the event on our Facebook page."

• Rachel Fields, who leads the Northwest Arkansas band Brick Fields with her husband, Larry Brick, says on Facebook that the band is "spreading the love, not the virus and that nearly 100 recordings and 13 years of Brick Fields music are available at brickfieldsmusic.com/store.

The band will perform some of its favorite gospel tunes at 7 p.m. on Sundays. Join the fun at facebook.com/BrickFieldsMusic/.

• Mark Edgar Stuart, a singer-songwriter from Pine Bluff now living in Memphis, put some songs on Facebook on March 25, noting that he's wearing his "quarantine bandana." His song, "World Gone Mad," was inspired by the virus crisis, he tells us on Facebook. Stuart performs one of his most hilarious songs, "Yard Sale Weirdo."

Stuart says by email that he will do another show at 7 p.m. Wednesday on his personal page, facebook.com/mr.stuart.

"I had tons of old Arkansas folks tune in last time," Stuart writes. "The virtual tip jar overflowed. I was blown away by the support. I got a lot of stuff cooking. Forced to think outside the box here, it's a challenge but sorta fun. Even thinking about putting some unreleased stuff on Bandcamp and let people just pay what they want. Lots of options. The game has changed. Not sure it will ever be the same again."

On March 22, Stuart released an official video of a new song, "One More Memory for the Road," which also features vocals by Garrison Starr, another noted Memphis singer-songwriter.

• Monsterboy, the husband-wife duo from North Little Rock, continues to go live nightly from their home.

"We do a mix of originals and covers, just depending on the night and the tone that we and the audience are feeling," reports Veronica Wirges. "Our views seem to keep growing, the first one topped out around 400 and now we are hitting around 2.5K on most livestreams. The comments and messages people send us from all over the state and even the world asking for us to please keep doing them has been really touching."

• Jason Lee Hale, another North Little Rock rocker, (and the leader of Jason Lee Hale and the Personal Space Invaders, ironically), intends to put out videos from his garage in his family's neighborhood in Scenic Hill, but notes that "I'm technologically challenged." He adds that he might call his creation "Live from a Cedar Closet."

• Arkansas-born singer-songwriter Iris DeMent, hunkering down in Iowa with singer-songwriter husband, Greg Brown, has put up a song, "The Touch of an Old Friend's Hand," written by an Iowa City neighbor, Guy Drollinger. The song is on youtube.com

• Lucious Spiller, a St. Louis blues-rock musician, who lived in Little Rock for a time before moving to Clarksdale, Miss., in 2014, has been streaming shows and accepting remuneration on PayPal. He's also wanting fans to know of the availability of a new documentary, Walk With Me: Lucious Spiller, Called to Sing the Blues, which can be rented for $4.99 or bought for $10. He says to see: vimeo.com/ondemand.lucious 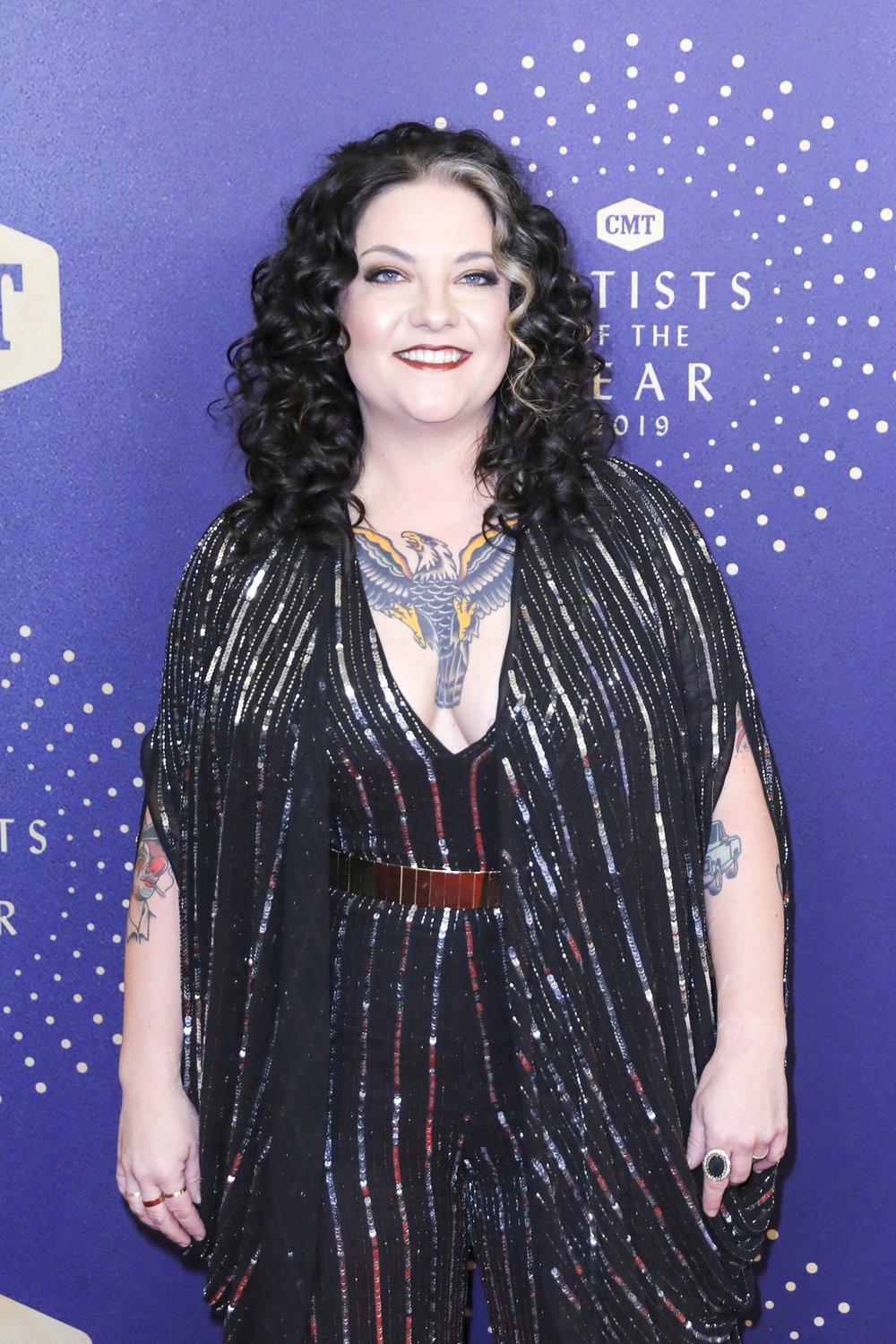 Ashley McBryde, the Arkansan and rising country music star, did a livestream concert recently and fans can still watch it on her website, ashleymcbryde.com. (AP file photo/Invision/Al Wagner)

• Ashley McBryde, the rising country star who was born in Waldron and raised in Mammoth Spring, did a show on TwitchStreamAid a few days ago, which was part of a 12-hour livestream benefit, featuring live gameplay, musical performances, special guests and more, to raise money for the COVID-19 Solidarity Response. The show can be viewed on her site, ashleymcbryde.com, and Twitter.

• Amy Lee, a Little Rock native, leader of the band Evanescence, does a song, "Together at Home," surrounded by what looks like a home studio packed full of keyboards. She's on Facebook (facebook.com/AmyLeeOfficial/) and YouTube. She surprises with a version of Ben E. King's "Stand By Me" on the ukulele.

While most of the musicians are performing free, they may offer virtual tip jars or suggestions of favorite or timely charities to donate to.