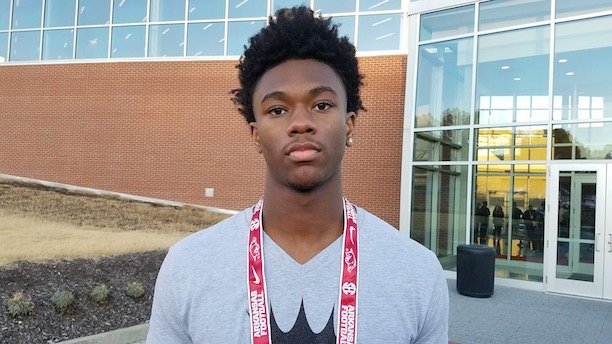 FAYETTEVILLE — Arkansas’ second pledge of the 2021 class is also its second from the northeast part of the state.

Jonesboro outside linebacker Marco Avant (6-2, 215 pounds), who played last season at Forrest City, committed to the Razorbacks on Friday afternoon, according to a post on his Twitter account.

He did so about an hour after being offered a scholarship by Arkansas linebackers coach Rion Rhoades.

His dad was happy for Avant, regarded as a 3-star prospect by 247Sports.

“They were excited," Avant said. "My dad was proud of me. He can’t wait for me to suit up and come watch me play. He always wanted me to go where I was wanted and I felt like I was wanted at Arkansas.”

"I love the direction the new coaches have the program headed," said Avant, who was in Fayetteville on Feb. 1 for a Junior Day.

Avant had 83 tackles last season as a junior, including 52 solo stops, 12 tackles for lost yardage and three quarterback hurries.

"He (Rhoades) wanted me to be a part of the team," Avant said. "They're trying to rebuild the team around in-state players."