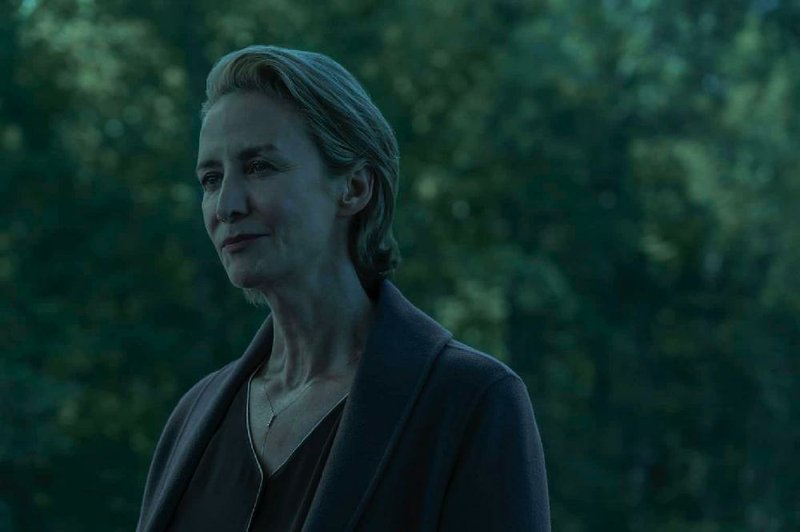 Janet McTeer is one of those actors you're happy to see listed in the cast list of anything. The sight of her name means that no matter how good/bad/indifferent the rest of the movie, TV show or play turns out to be, the bits that feature her will be terrific, so there's something to look forward to.

McTeer has headlined many projects, particularly in theater; among other accolades, she won pretty much every award a person can win for her portrayal of Nora in A Doll's House, which originated in London in 1996 before moving to Broadway the following year.

But I do not get to London (or even New York) theater very often, so I was not aware of her wide-ranging fabulousness until, as a baby TV critic, I reviewed The Amazing Mrs. Pritchard, an underwhelming PBS miniseries saved only by the artistic strength of its cast.

The first time I saw McTeer enter, as some highly formidable British politician or other, I thought, "Who is this woman?" I was shocked to find that the answer included "the star of Tumbleweeds," which I had absolutely believed starred an American actress. That's how good the accent was.

Since then, I have continued to miss her on stage, in productions of Mary Stuart, God of Carnage, Les Liaisions Dangereuses and Bernhardt/Hamlet. (Seriously, after covid-19 is sorted, I need to get out more.) I thrilled to her performances in film -- please watch Albert Nobbs if you haven't already -- but my main source sustenance has come from television. Into the Storm, Five Days, Damages, The White Queen, Parade's End, The Honorable Woman, Jessica Jones, I'm Sorry for Your Loss and, most recently, Ozark, which just dropped its third season on Netflix. If you still need a reason to rejoice over the border-blowing explosion of American television, the increased availability of Janet McTeer performances should pretty much do it.

"In England, everyone goes from stage to film to television and there's no stigma at all," she says. "When I got here, I realized that didn't happen, at least not at first, but now it's changed. It's been said before, but now TV is filled with great writing. And that's all I've ever cared about."

This interview was scheduled to take place in Los Angeles, but McTeer, like much of the rest of the country, is at home -- in her case, in Maine. She was filming in Baltimore for the forthcoming Showtime series The President Is Missing when concerns over the pandemic shut production down.

"I was a bit worried about making it home," she says. "But some of the makeup ladies said, 'Don't worry, we'll lend you a car if you can't get out.' I'm very lucky," she adds. "We live in the woods, so we're always isolated and we've got a gym. So it's OK, just strange."

The third season of Ozark was finished long before the virus hit the United States. All except, of course, the publicity, which McTeer is clearly happy to shore up via phone. Even now, she considers herself "a working actor," and she loves the show, which she says has been one of her best working experiences.

Although she went from guest to regular in the second season, she says, she was also appearing in Sorry for Your Loss; its cancellation freed her up a bit, to the benefit of Ozark.

Helen resumes her storyline in the most dramatic way possible -- being waterboarded at the behest of her ruthless and increasingly paranoid boss, crime lord Camino Del Rio (Esai Morales). And though she has done many things in her wide-ranging career, this is the first time McTeer has played a victim of torture.

"When they sent me the script, I laughed out loud," she says. "Because it's perfect. She's the mean one, the super controlling one, and now she's being controlled."

She did not laugh, however, when it was suggested that a stunt woman had been involved in the scene.

"Someone said, 'Well, you didn't really do that,' and I was really cross," she adds. "Because I absolutely did."

The towel that was put over her face had cling film on it, she says, so she could turn her face away from it, and one of her hands was out of the camera line so if she needed a break, she could double tap to stop the action.

"So I had one hand to struggle and flail and another to let them know if I needed to stop. And that happened a few times because we shot for about three hours," she says. "It wasn't easy. I got very cold, for one thing. But the crew was very nice and supportive and kept bringing me tea."

McTeer ranks Ozark as one of the best working experiences she has had. She and star Laura Linney shared a house along with a makeup artist, she says, "and it was great. We're all in our 50s, with kids and families, and so we were all in the same boat."

In fact, she prefers doing television and stage precisely because of that camaraderie. "I feel like it leads to better acting," she says. "At least for me. I mean, some people can just show up and turn on for a day or two and that's great. But I'm a slow-burn actor, and I like to feel like I'm in a company."

McTeer says she came to acting "relatively late, 16 or 17" and then only through a series of events that sound a bit like a play themselves.

In high school, the bus stop for both the boys' and girls' schools was outside the York Theatre Royal, and students would mingle in its cafe. When McTeer needed a part-time job, it seemed only natural she would work in the cafe, where she met a bunch of actors who then let her in to see some of the plays. She didn't think she could be an actor -- "I'm 6 feet tall, and I've never been what you would call conventionally pretty" -- until she attended a performance of She Stoops to Conquer: "The lights went down and this excitement just welled up and I thought, 'If I don't have a go at this, I will regret it.'"

When she told some of the actors she had become friends with at the Theatre Royal, they laughed. "They nicely told me where I should apply, but their attitude was, 'You're this little 16-year-old. You don't just suddenly decide you're going to be an actor."

"Two of them were Gary Oldman and Michael Simkins, and I've worked with them since."